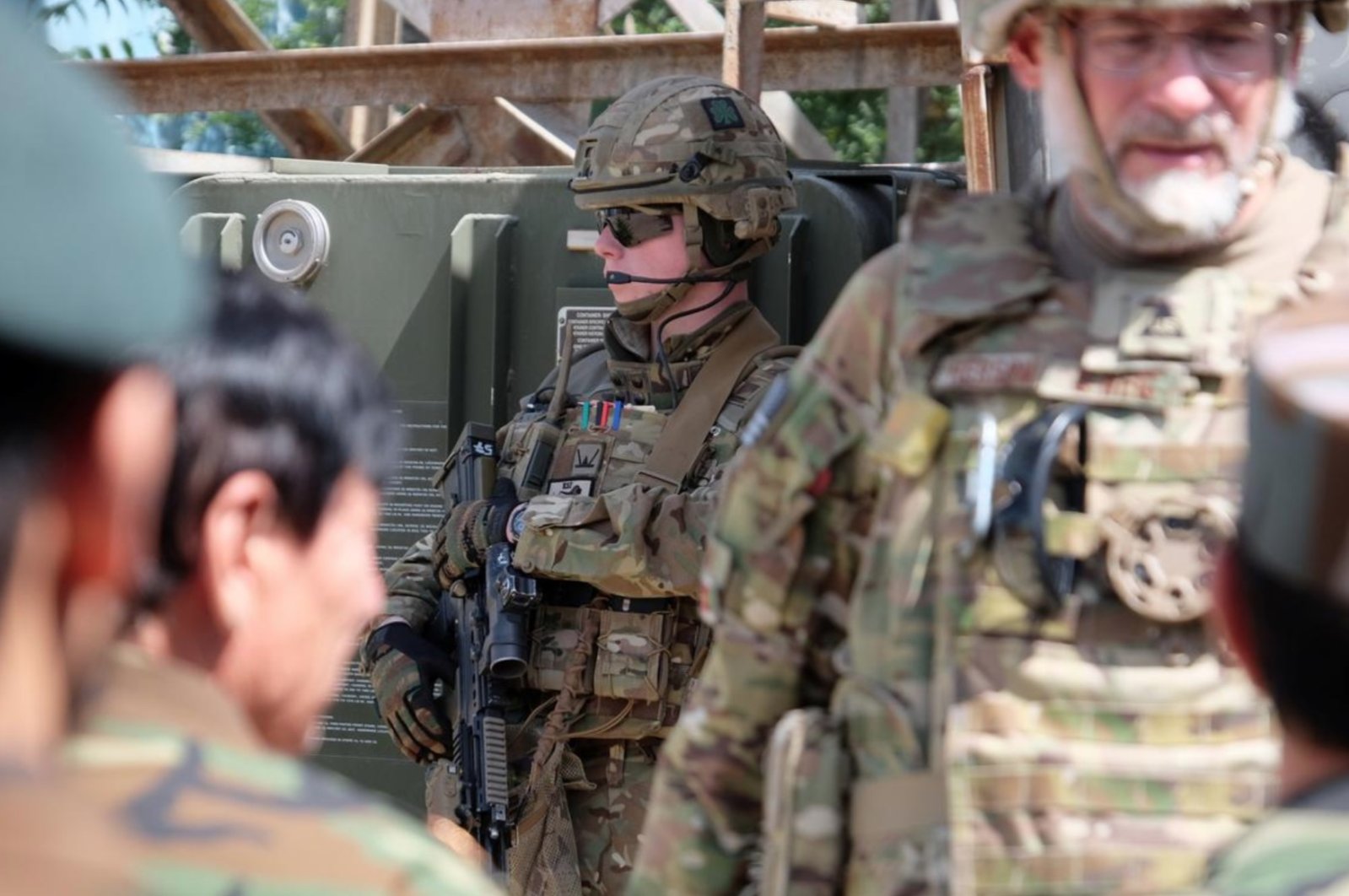 A soldier with the British army's Royal Irish Regiment provides security for a meeting between international military advisers and Afghan officials at a base in Kabul, Afghanistan July 12, 2017. (Reuters Photo)
by Daily Sabah with Wires Mar 19, 2020 12:42 am
RECOMMENDED

The British government will introduce new legislation to shield its soldiers from prosecution for war crimes they committed while serving in Afghanistan and Iraq.

Middle East Eye's Ian Cobain reported Wednesday that the measures will cover war crimes outside the U.K., thus soldiers who committed war crimes during the conflict in Northern Ireland will also be spared.

“The controversial new rules mean that there will be a presumption that once five years have elapsed since the date of an incident, prosecutors will bring charges only in exceptional circumstances,” Cobain said in his piece.

In late 2019, it was revealed via a series of leaked government documents that the British government and military covered up credible evidence of war crimes by British soldiers against civilians in Afghanistan and Iraq, according to an investigation by the BBC and the Sunday Times.

Leaks from two government-ordered inquiries into the conduct of troops in the conflicts implicated troops in the killing of children and torture of civilians, the investigation found.

The allegations include murders by a soldier from the elite SAS unit, as well as deaths in custody, beatings, torture and sexual abuse of detainees by members of the Black Watch infantry unit.

Military detectives, who unearthed evidence of the alleged war crimes, told the yearlong investigation by the newspaper and the BBC's Panorama program that seniors commanders hid it "for political reasons."

Foreign Secretary Dominic Raab later told the BBC that despite the lack of any prosecutions, it had "got the right balance" in ensuring "spurious claims" were not pursued.