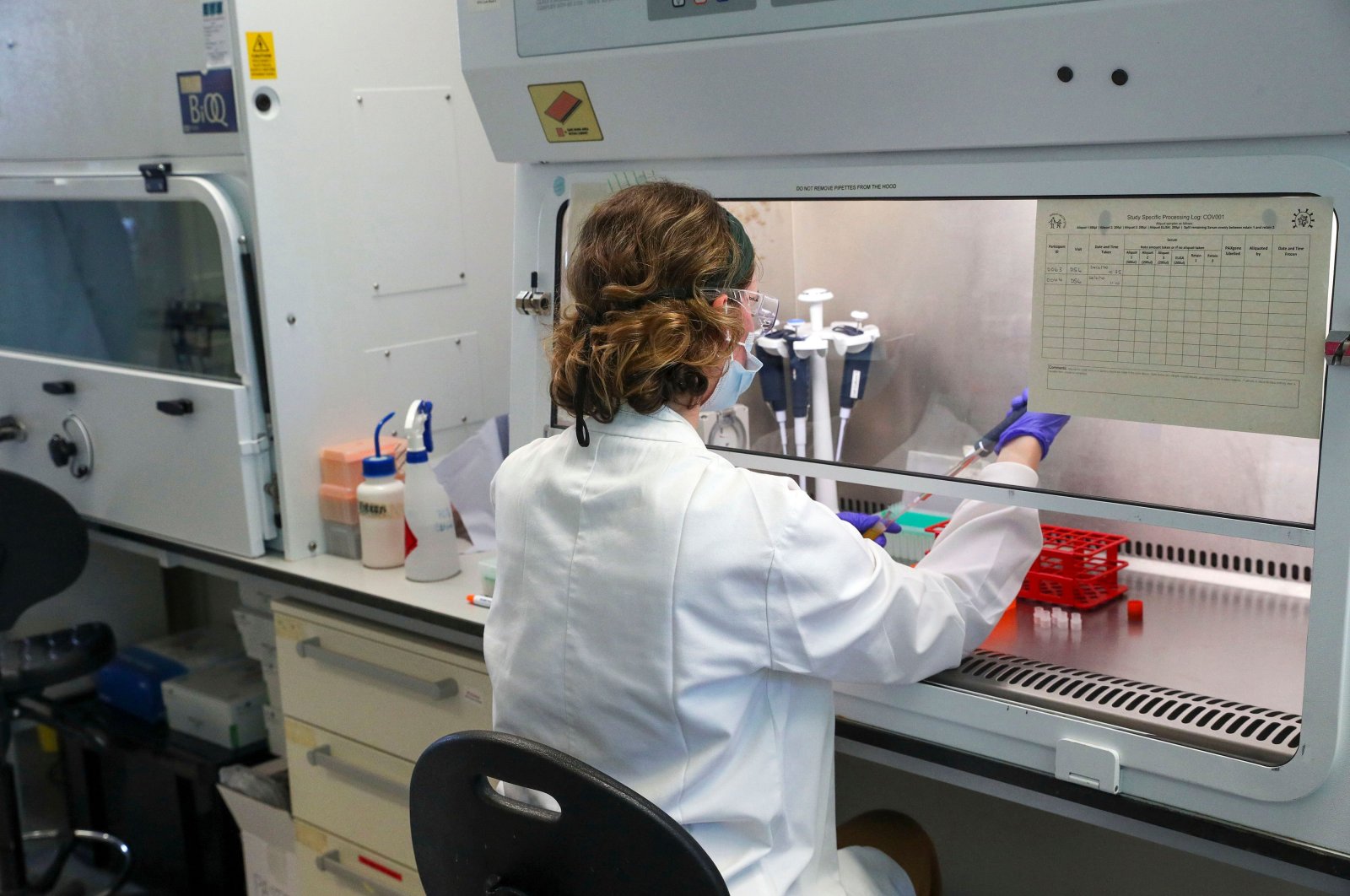 A scientist is pictured working during a visit by Britain's Prince William, Duke of Cambridge (unseen), to Oxford Vaccine Group's laboratory facility at the Churchill Hospital in Oxford, west of London on June 24, 2020, on his visit to learn more about the group's work to establish a viable vaccine against coronavirus COVID-19. (AFP Photo)
by Compiled from Wire Services Oct 05, 2020 4:47 pm
RECOMMENDED

On Monday a British Cabinet minister admitted that U.K. citizens may have caught the coronavirus after a technical issue occurred and more than 15,000 test results were not transferred into computer systems on time, including the systems of contact tracers, the U.K.'s key initiative in controlling the virus.

Health officials are rushing to track tens of thousands who had come into close contact with people who have tested positive for the coronavirus without their knowledge.

According to BBC News 15,841 cases between 25 September and 2 October were left out of the U.K. daily case figures.

When asked if it is likely that some British citizens will contract COVID-19 due to an IT failure, Work and Pensions Secretary Therese Coffey told Sky News, “There may well be.”

The U.K. government has launched an investigation into why the technical issue with its test and trace program had not been identified sooner, a spokesperson for Prime Minister Boris Johnson said Monday.

"There was a technical issue in the process that transfers positive test results into the reporting dashboards ... that was resolved and all of the cases have been fed into the contact-tracing system," the spokesperson said, adding that additional contact tracers were being used.

"An investigation is underway to determine why the issue was not identified sooner," he said.

Britain reported a jump in daily COVID-19 cases to a record 22,961 on Sunday.

"To be frank, I think that the slightly lower numbers that we'd seen didn't really reflect where we thought that the disease was likely to go so I think these numbers are realistic," Johnson said.

"The crucial thing is that in the next few days, weeks we'll see more clearly whether some of the restrictions that we put in ... whether that starts to work in driving down the virus," he said.