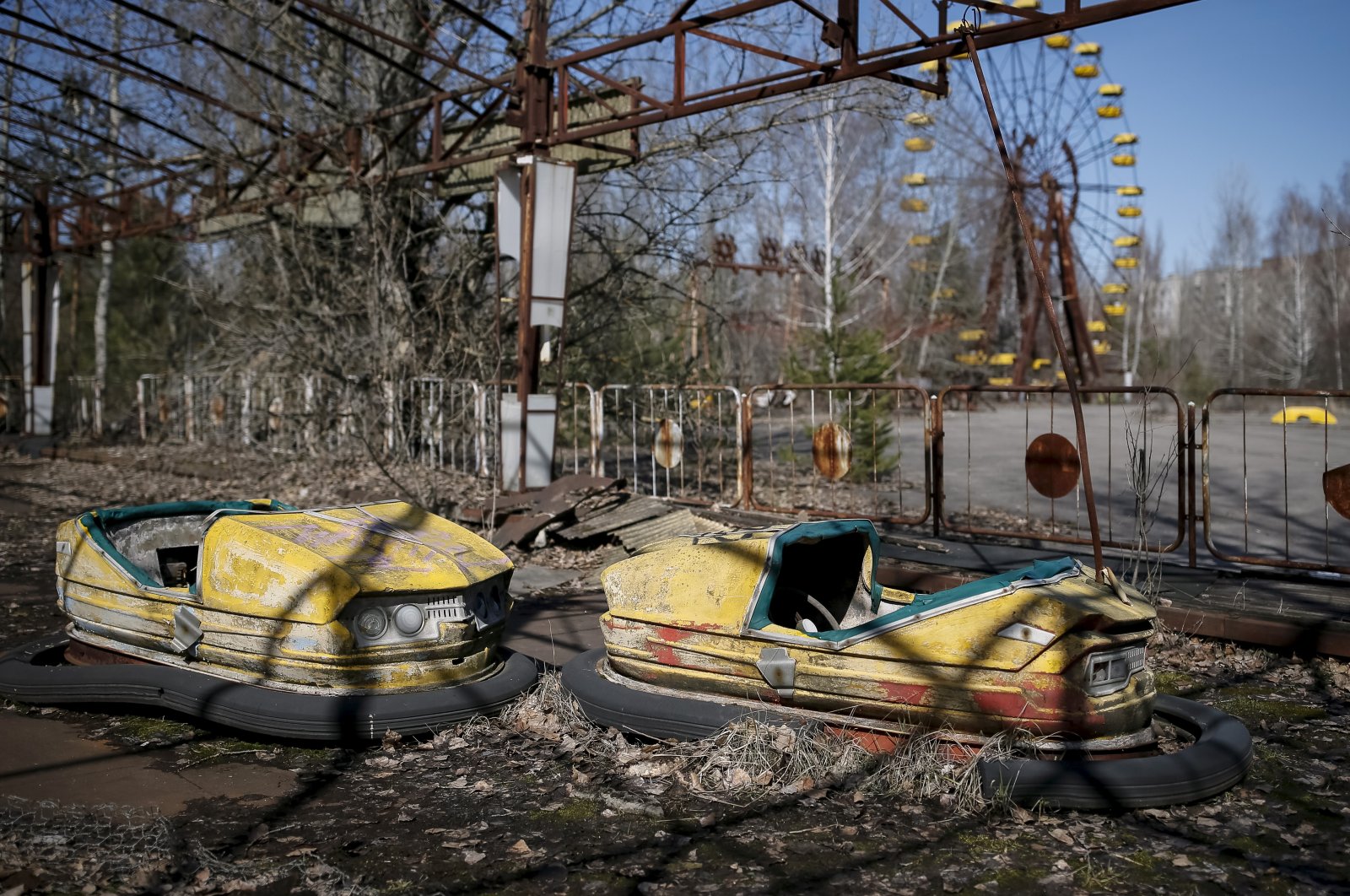 A view of an amusement park in the center of the abandoned town of Pripyat near the Chernobyl Nuclear Power Plant, Ukraine, March 28, 2016. (Reuters Photo)
by REUTERS Apr 22, 2021 1:41 pm
RECOMMENDED

A mothballed nuclear power station surrounded by wasteland, rubble and abandoned buildings is not what most people associate with a UNESCO World Heritage site. But that is exactly what Ukraine has in mind for Chernobyl.

Hoping that such an assignation could mean more funding and more tourists, the government has begun a process that could eventually allow it to apply to the United Nations' cultural, scientific and education body for protection.

On April 26, the former Soviet republic marks the 35th anniversary of the 1986 Chernobyl nuclear disaster, when a reactor at the plant, located some 108 kilometers (67 miles) north of the capital Kyiv, exploded during a botched safety test.

The result was the world's worst nuclear accident that sent clouds of radiation across much of Europe and forced tens of thousands of people to evacuate.

Thirty-one plant workers and firemen died in the immediate aftermath of the disaster, mostly from acute radiation sickness.

Thousands more later succumbed to radiation-related illnesses such as cancer, although the total death toll and long-term health effects remain a subject of intense debate.

"We believe that putting Chernobyl on the UNESCO heritage list is a first and important step towards having this great place as a unique destination of interest for the whole of mankind," said Ukrainian Culture Minister Oleksandr Tkachenko.

"The importance of the Chernobyl zone lays far beyond Ukraine's borders ... It is not only about commemoration, but also history and people's rights," he told Reuters.

Before sending an application to the U.N., locations seeking UNESCO protection had to be included on a national cultural and historic heritage list, according to the minister.

Tkachenko said his ministry recently decided to include a huge military radar built near the city of Chernobyl in the 1970s in the list. It is also discussing expanding that to the whole of the 30 kilometer Chernobyl Exclusion Zone.

Most of the area around the abandoned nuclear plant is a wilderness of empty buildings, scrubland and rubble. All of the buildings in Pripyat, a ghost town that was once home to 50,000 people mostly working at the plant, are in need of repair.

Tkachenko said he hoped that Chernobyl, which had already become a popular site for adventure tourists before the coronavirus pandemic prevented most international travel, would bounce back and begin to lure visitors again.

In 2019, HBO's "Chernobyl" was behind a jump in the number of visitor to the power plant and nearby Pripyat, with 120,000 people visiting the area.