Ukraine to limit Jewish pilgrimage in response to Israel appeal 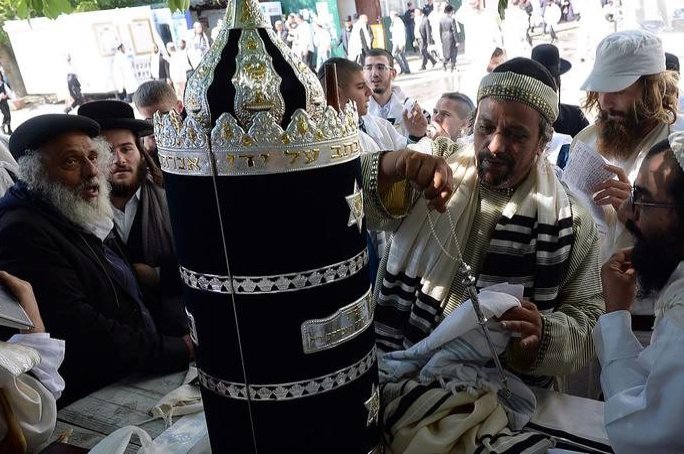 Ukraine said on Tuesday it would limit the number of Hasidic Jews planning to enter the country for an annual pilgrimage after Israel voiced fear the event would be a coronavirus hotspot.

"At the request of the Prime Minister of Israel, a decision was made to significantly restrict the Hasidic pilgrimage to Uman to celebrate Rosh Hashanah (Jewish New Year)," President Volodymyr Zelenskiy's office said in a statement.

It did not say how many Hasidic Jews would be allowed into Ukraine for the event or give any further detail.

The head of Israel's coronavirus task force has asked Zelenskiy to ban the annual pilgrimage outright because of concerns the central Ukrainian town of Uman could be a hotbed of coronavirus contagion.

"A gathering of this sort, at such troubled times, is expected to generate mass events of infection of tourists and local Ukrainian residents, turning into a heavy burden on local medical systems, while thousands more are expected to come back to Israel and further spread the virus," Ronni Gamzu, Israel's lead adviser on the coronavirus said in the letter Saturday.

"I urge you to enforce a ban on these celebrations this year, as part of the entire global community’s effort to stop this horrific pandemic," he said.

On Friday Israel passed 100,000 reported coronavirus cases. It has recorded 809 COVID-19 deaths among its 9 million population.

Zelenskiy's office has declined to comment on whether Kyiv might ban the Hasidic pilgrimage entirely, not just limit it.

Israel is among a series of countries from which any travelers to Ukraine must quarantine themselves for 14 days after arrival. Israel registered 230.6 new infections per 100,000 of its population last week while Ukraine's rate was 54.9.

Tens of thousands of Hasidic Jews descend on Uman every Jewish New Year to visit the grave of Rabbi Nachman of Breslov, who revived the Hasidic movement in the late 18th and early 19th centuries and died in 1810.

The Ukrainian and Israeli governments have issued a joint statement pleading with pilgrims to cancel their trips, but significant numbers are still planning to go.