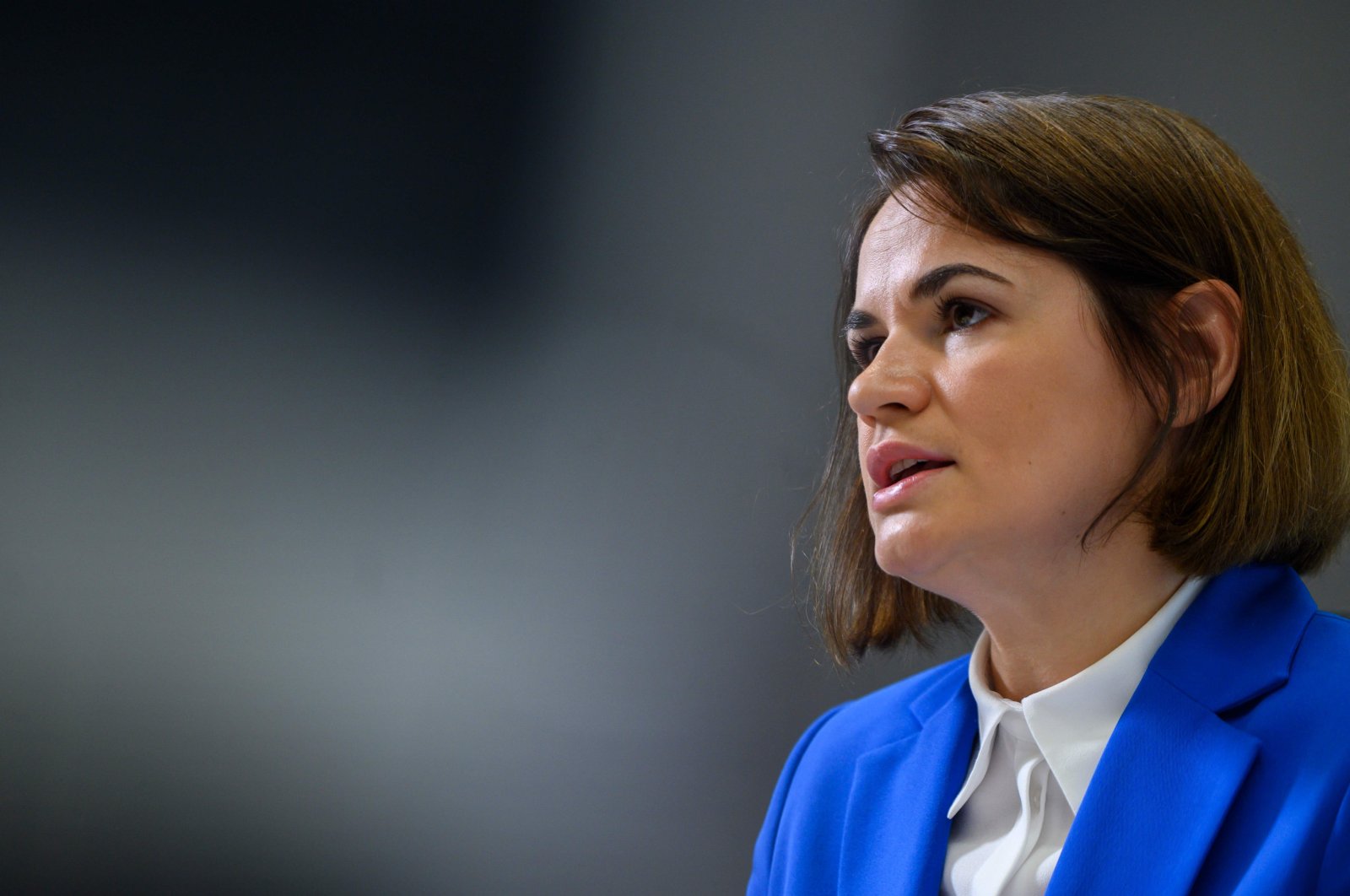 After welcoming Tikhanovskaya to Downing Street, Johnson assured the Belarusian opposition leader that Britain is "on the side" of the pro-democracy exiled politician. Tikhanovskaya said she was sure there will be further help from the British government for the people of Belarus.

The treatment this week of Olympic sprinter Krystsina Tsimanouskaya has focused attention on Alexander Lukashenko's autocratic rule in Minsk as well as the death of activist Vitaly Shishov in Ukraine on Tuesday. Timanovskaya has been granted a visa by Poland after saying she feared for her safety at the Tokyo games, claiming her team's officials in Japan tried to force her to fly home.

The drama unfolded after Tsimanouskaya hit out at how officials were managing her team – setting off a massive backlash in state-run media in Belarus, where the authorities relentlessly crackdown on government critics.

Tikhanovskaya, who was defeated by Lukashenko in an election last year that has been condemned by Britain and allies as "rigged," said the athlete is now safe.

But asked if the sprinter's family was safe, the opposition leader told BBC Radio 4's Today: "Nobody in Belarus can feel safe. It's a pity, but that's true."

She said that "sport is a weapon of propaganda" for the regime, and the athletes were under "psychological pressure" to perform as a result.

"It's like Stalin's time: You have to play for your country, but when you understand that the country doesn't take care of you, it's difficult – morally difficult – to fight for," she said.

Tikhanovskaya said she understood she could "disappear at any moment," but added if this happened, the "movement" she had started "will continue without me."

At the Downing Street meeting, Johnson said: "We are very much on your side, very much in support of what you are doing. We are committed to supporting human rights and civil society in Belarus."

He added: "We strongly support you, strongly support Belarus, the Belarusian people and I think we were among the first to put in sanctions after the hijacking of Roman Protasevich, the flight that was diverted."

Outside Number 10, Tikhanovskaya was asked by reporters if she thought concrete help would be offered by the British government following the meeting with Johnson.

The Belarusian opposition leader also said it was too early to comment on the death of Belarusian activist Shishov in Ukraine. The leader of the Kyiv-based Belarusian House in Ukraine was found hanged in one of the city's parks not far from his home, police said in a statement. A murder probe has been launched, with police believing that the death was made to look like suicide.

Tikhanovskaya said she was "devastated" by his death, adding: "It is worrying that those who flee Belarus still can't be safe."

She added: "I understand you know, I can disappear at any moment. I understand this, but I should do what I am doing.

"I can't stop, because I feel a responsibility for the future of my country, the same as all those Belarusians felt fighting the government, feel their responsibility.

"But I know that even if I disappear one day, this movement will continue without me."

Tikhanovskaya also met U.S. President Joe Biden last week, as part of a tour to move Belarus up the agenda for Western countries.

Ahead of the visit to Downing Street, Belarusians living in Britain and human rights campaigners demonstrated outside the Foreign Office in Westminster.

Ken McBain, a British representative of the human rights organization Libereco, said the demonstration was about "highlighting what's happening in Belarus in the last two days."

He added: "There's been a lot going on with the Olympics and then with a Belarusian activist in Kyiv – murdered it looks [like].

"We're trying to show the British government that more needs to be done. We cannot leave Lukashenko to do what he is doing to the country."