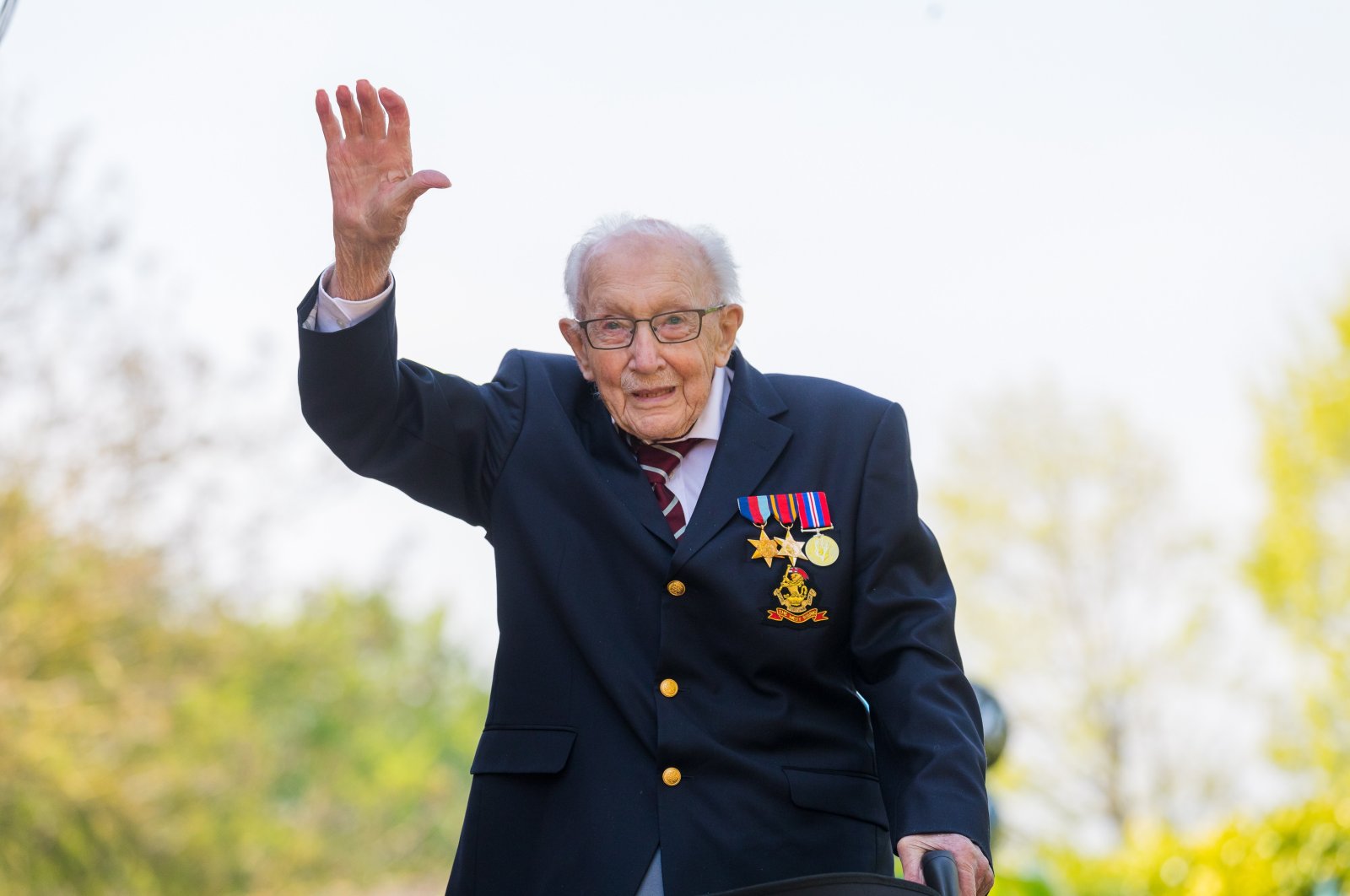 Tom Moore, the 100-year-old World War II veteran who captivated the British public in the early days of the coronavirus pandemic with his fundraising efforts, has died after he was hospitalized with COVID-19, his family said Tuesday.

Hannah Ingram-Moore revealed in a statement Sunday posted on Twitter that her father, widely known as Captain Tom, has been admitted to Bedford Hospital because he needed "additional help" with his breathing after testing positive for COVID-19.

On Tuesday, his family put out a statement saying, "It is with great sadness that we announce the death of our dear father, Captain Sir Tom Moore."

"The last year of our father's life was nothing short of remarkable. He was rejuvenated and experienced things he'd only ever dreamed of," his daughters said.

"Whilst he'd been in so many hearts for just a short time, he was an incredible father and grandfather, and he will stay alive in our hearts forever."

Moore became an emblem of hope in the early weeks of the pandemic in April when he walked 100 laps around his garden in England for the National Health Service to coincide with his 100th birthday. Instead of the 1,000 pounds ($1,370) aspiration, he raised around 33 million pounds.

Moore, who rose to the rank of captain while serving in India and Burma during the war, was knighted by Queen Elizabeth II in July for his fundraising efforts.

Condolences for the family poured out all across the country, including a private note from Queen Elizabeth II to the Moore family and the U.K.'s Health Minister Matt Hancock saying publicly that Captain Tom "was a great British hero that showed the best of our country & I send my best wishes to his family at this time."