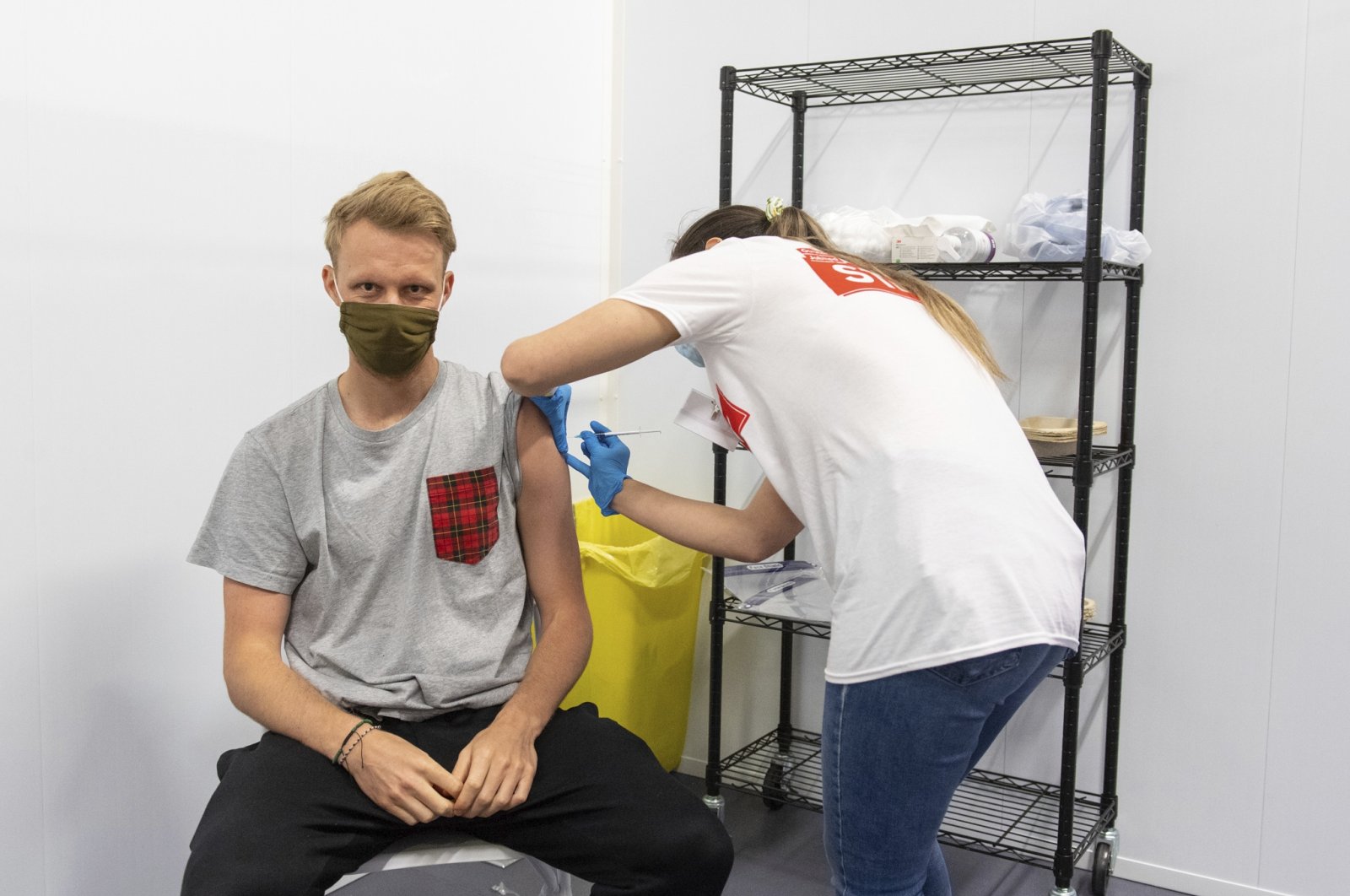 The number of new coronavirus infections in the U.K. on Saturday was the highest it had been since early February as the National Health Service ran a "grab a jab” initiative to further drive up vaccination rates.

Government figures showed that another 18,270 people tested positive for the virus across the U.K, the highest daily number since Feb. 5. Over the past week, nearly 100,000 have tested positive, nearly a 50% increase from the week before. That has raised questions over whether lockdown restrictions will end as planned.

Daily cases have risen fairly sharply over the past few weeks as a result of the delta variant, which was first identified in India and is considered by government scientists to be between 40% to 80% more transmissible than the previous dominant strain. It accounts for nearly all the new cases in the U.K.

Most of the new confirmed cases are among younger age groups that haven't yet received COVID-19 vaccines. The latest spike came as hundreds of walk-in vaccination sites, including at stadiums and shopping centers, opened in England over the weekend in a bid to boost vaccine numbers, particularly among those younger age groups.

"This is a phenomenal achievement and it’s fantastic to see so many young people coming forward for their jabs, doing their bit to protect themselves and their loved ones," Vaccines Minister Nadhim Zahawi said.

The spread of the variant upended the Conservative government's plans to lift all remaining restrictions on social contact in England this week. The plan is to lift those restrictions on July 19, but whether it will do so could largely depend on whether the vaccine rollout has created a firewall that protects the most vulnerable. The other parts of the U.K. – Scotland, Wales and Northern Ireland – are following similar plans.

The hope is that the link between infections and those needing hospitalization and subsequently dying will be broken because of the rapid rollout of vaccines. As of Saturday, nearly two-thirds of the U.K. population has received at least one vaccine dose while 48% have had two.

Recent analysis from Public Health England showed that two doses of the main vaccines the U.K. is using are highly effective against hospitalization from the delta variant – 96% in the case of the Pfizer-BioNTech vaccine and 92% for the AstraZeneca jab.

Though the number of people in hospitals and dying has been edging up over the past couple of weeks, they haven't risen at the same rate as infections. On Saturday, the government said another 227 people had been hospitalized, taking the total to 1,505, nowhere near the 40,000 levels recorded earlier in the year during the peak of a second surge. Virus-related deaths also remained relatively low at 23, taking the death total to 128,089.

Worries about the vaccines were heard as thousands of anti-lockdown protesters marched through central London on Saturday. Some even threw tennis balls into Downing Street, where Prime Minister Boris Johnson has his office and residence. "Shame on you,” some chanted.

Meanwhile, Russia reported 20,538 new COVID-19 cases on Sunday, taking the official national tally since the pandemic began to 5,451,291. The government coronavirus task force said 599 people had died in the past 24 hours, pushing the national death toll to 133,282. The federal statistics agency has kept a separate count and has said Russia recorded around 270,000 deaths related to COVID-19 from April 2020 to April 2021.

Moscow on Sunday recorded 144 COVID-19 deaths in the last 24 hours, the worst toll in a Russian city since the start of the pandemic, news reports said quoting official data. Moscow's record comes a day after one set by Euro host Saint Petersburg, where a quarter-final is to be held on Friday in front of thousands of fans. COVID-19 infections have been surging in Russia for weeks, blamed on the highly transmissible delta variant.

On the other side of the world, millions of residents in Sydney began the first full day of a two-week coronavirus lockdown on Sunday, as Australia imposed new restrictions to contain an outbreak of the highly contagious delta variant. Restaurants, bars and cafes were shuttered after stay-at-home orders for central neighborhoods were extended Saturday evening across the sprawling city and to the coastal and mountainous regions surrounding it. While the city center was virtually deserted, large numbers of surfers and swimmers hit the water at Sydney's Bondi Beach, with outdoor exercise still allowed.

Australia's northern city of Darwin also entered a separate snap 48-hour lockdown on Sunday after a handful of cases were linked to a coronavirus outbreak at a remote gold mine.

Northern Territory Chief Minister Michael Gunner said officials were concerned about being unable to reach close contacts of infected people in the region, home to a large Indigenous population feared to be more vulnerable to COVID-19. "We are taking extreme action right now to stop or slow any spread before the coronavirus is let loose in the Territory, and that means we need a lockdown," he said. Health experts had advised that a shorter snap lockdown of Sydney – which has proved effective in other Australian cities in recent months – would not be enough to contain the growing cluster, New South Wales state Premier Gladys Berejiklian said.

More than 110 COVID-19 cases have been reported since a driver for an international flight crew tested positive in mid-June to the delta variant, which first emerged in India.

"Given how contagious this strain of the virus is, we do anticipate that in the next few days case numbers are likely to increase even beyond what we have seen today," Berejiklian told reporters Sunday.