COVID-19 vaccines and delta: Is it time to worry again? 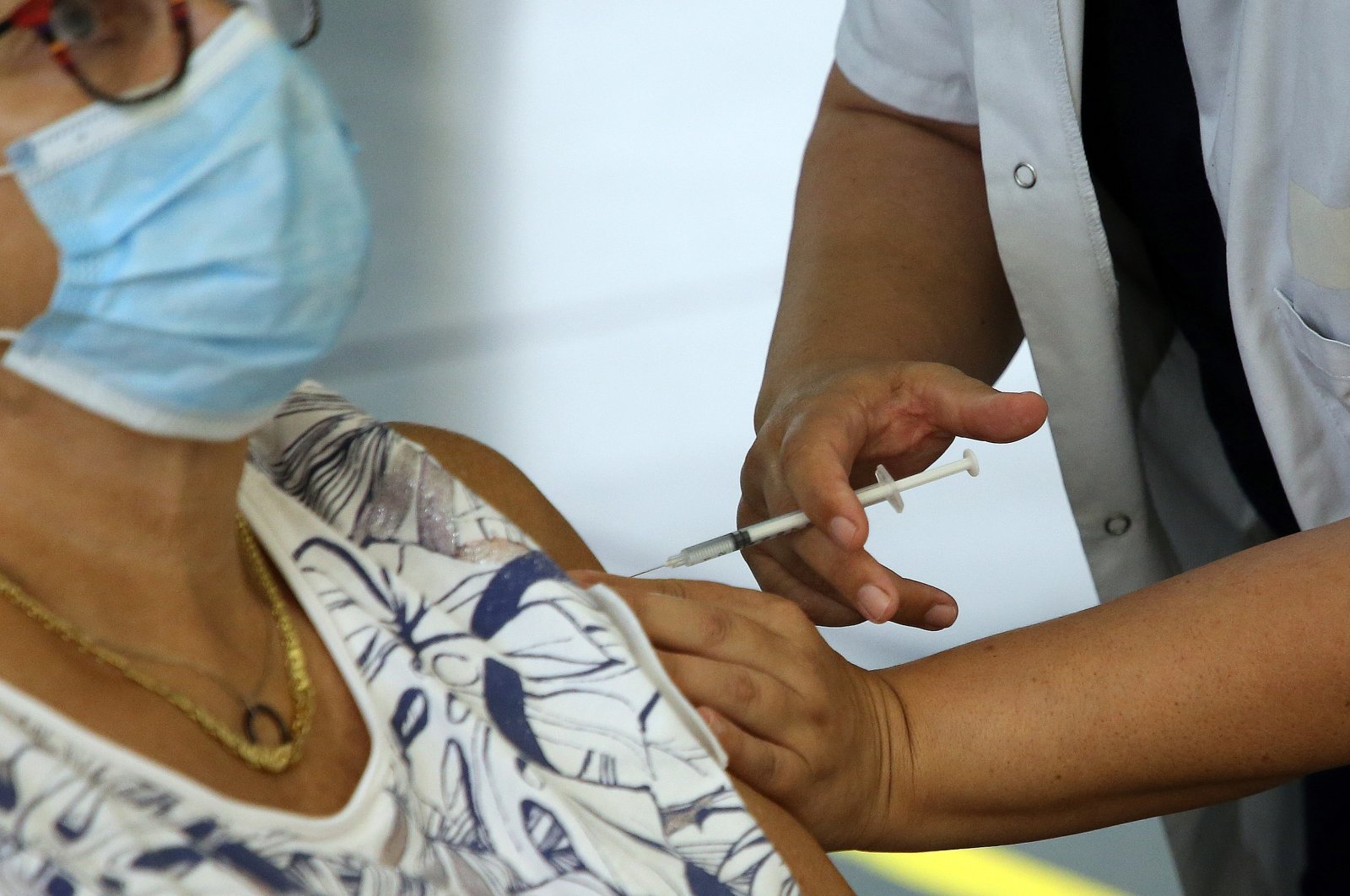 A woman gets a shot of the Pfizer-BioNTech vaccine at a vaccination center in Capbreton, in the Landes region, southwestern France, June 24, 2021. (AP Photo)
by Enes Efendioğlu Jun 26, 2021 12:05 am

People around the world are waiting for bans to be lifted as many countries accelerate their inoculation efforts. But now the delta variant, which originated in India, is resisting the vaccines

It has been very promising that vaccines have become widespread after a year and a half of the coronavirus pandemic. Many countries have reached herd immunity and have managed to remove face masks for good.

In the last four months, countries such as Israel, the United Arab Emirates and the United States have rapidly made the vaccine freely and unrestrictedly available to everyone.

First, countries such as Israel stated that people who have had two doses of the vaccine no longer need to wear a face mask.

The critical threshold value, reported as 60% in most academic papers, has been reached and almost all restrictions have been lifted in some countries. It was thought that this relief experienced by some countries would reach a global scale, as vaccine production capacity increased globally by the day and new vaccine brands completed their Phase 3 trials, were approved and put into mass production.

Then, images started coming from India in March this year that showed the tragic course of the pandemic. Scientists and researchers tried to understand the cause of the situation and how the coronavirus had suddenly worsened more than a year after its onset.

On the one hand, many countries in the world provided much-needed oxygen supplies to India, whilst Indian scientists focused on identifying the variant of the virus on the other.

As predicted by many scientists, a strain called B.1.617.2 that transmits more rapidly and has higher mortality case rates, was quickly identified. This strain was named the delta variant, first by Indian researchers, then by the press and the World Health Organization (WHO).

According to a statement made by the WHO, the delta variant has been found in 74 countries as of June 14, 2021. This variant comes with the most dangerous type of mutation, one that requires a different set of PCR kits to detect it.

In PCR tests that are considered the gold standard for coronavirus diagnosis at the moment, it is first determined whether the virus exists in the isolated sample. Then, if the result is positive, the second phase of the test is run to determine the type of virus.

Separate test kits are required for these two stages and unlike standard test kits, the delta variant requires a special kit, making it even more difficult to detect, especially if there are limited resources available.

According to a statement made by the Center for Disease Control and Prevention (CDC) in the U.S., 10% of all COVID-19 cases in the country are the delta variant at the moment. The delta variant is 40%-60% more contagious than any coronavirus variant that we have seen before. According to the results of a recent study from Scotland, the probability of hospitalization due to the delta variant is twice as high as other variants.

In addition to this worrying scenario, it gives us some relief to realize we already have vaccines working against the different types of coronaviruses. We knew coronavirus was around even before we realized it and it will still be there even when we overcome this pandemic.

The only difference now is that we have a vaccine against different types of coronaviruses, and they can be modified/upgraded to work against different mutations. As the delta variant brings concerns for people, many think that the vaccines will protect them against it.

Preliminary data from the United Kingdom, a country with a large Indian-origin immigrant population and therefore one of the first to detect the delta variant outside of India, shows that the AstraZeneca and Pfizer-BioNTech vaccines reduce hospitalizations and the likelihood of spreading the disease.

It can be said that AstraZeneca and Pfizer-BioNTech can protect against the delta variant, although there is a slight decrease in the effectiveness of the virus, compared to the previous variants. In a study, it was revealed that the AstraZeneca vaccine reduced hospitalizations by 92% for people with the delta variant, and the Pfizer-BioNTech vaccine by 96%. It was reported that there was a 17% decrease in symptomatic COVID-19 cases.

According to a recent Reuters report, more than 350 health care professionals in Indonesia – who had received two doses of Sinovac's Coronavac (a traditional vaccine) from China – were infected with the delta variant, and dozens were hospitalized.

This situation makes researchers think that the new messenger RNA (mRNA) vaccines are more effective than traditional vaccines, at least for protection against the delta variant. Research on this subject continues and we should have clearer answers by the end of the summer.

From this point of view, it is possible to say that the selection of vaccines, which can be seen as a way out of the coronavirus pandemic, especially in terms of global health, has gained importance, and the selection of the right type of vaccines is also important with the current changing conditions. Two-dose vaccination is of great importance in the prevention of the delta variant, which is a new global health risk.

Another important issue to be considered is whether to start a mass vaccination program using a third-dose booster vaccine that will provide the population what we call “super-antigen levels,” leading to broader protection. This could perhaps be a standard procedure in the future, once the vaccines are widely available for everyone.