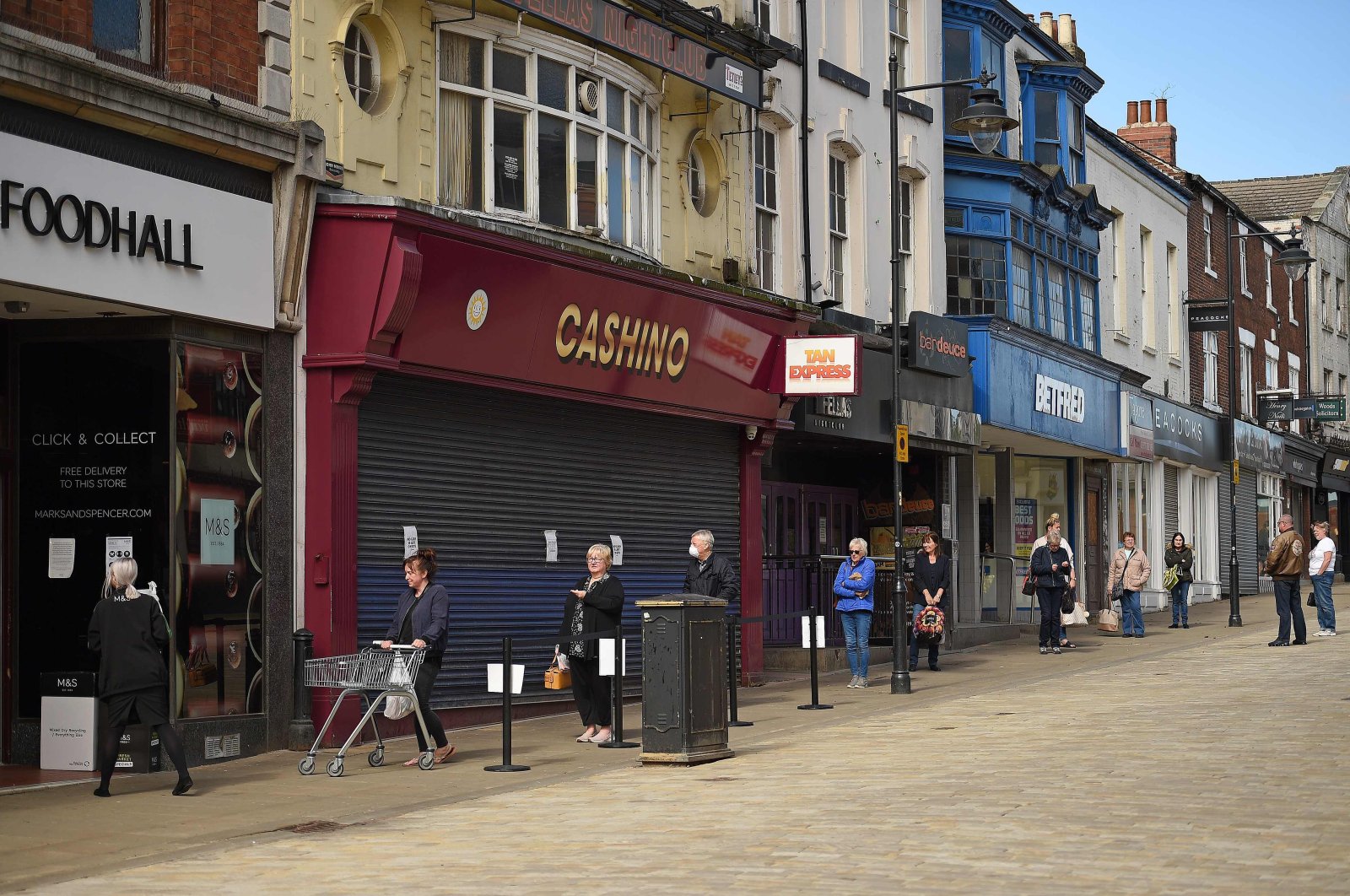 Shoppers observe social distancing guidelines as they line up to enter a Marks and Spencer food hall, Pontefract, April 27, 2020. (AFP Photo)
by Daily Sabah with AFP
May 01, 2020 4:43 pm

The death rate from the coronavirus is more than twice as high in the poorest areas of the U.K., with London by far the worst affected, according to official figures released on Friday.

There were 55.1 deaths per 100,000 people involving coronavirus in the areas with the worst rankings for income, health, education and crime, compared to 25.3 in affluential areas, according to the Office for National Statistics (ONS).

General mortality rates involving all causes of deaths, including COVID-19, were 88% higher in the most deprived areas than in the least. But when looking at the impact of deprivation on COVID-19 mortality, the rate in the most disadvantaged areas of England was 118% higher than in more well-off locations.

Britain now has Europe’s second-highest official COVID-19 death toll with more than 26,000 dead, according to figures that raised questions about Prime Minister Boris Johnson’s response to the outbreak. The country has suffered more COVID-19 deaths than France or Spain have reported, though less than Italy, which has Europe’s highest death toll and the second worst in the world after the United States.

A hunger crisis has grown among British people under coronavirus lockdowns, as millions of people report having to go without meals, as reported by The Guardian last month.

Some 1.5 million Britons reported not eating for a whole day because they had no money or access to food, the Food Foundation reported, after three weeks into the lockdown. More than 1 million people reported losing all their income because of the pandemic, as millions of people in households are forced to skip their meals.