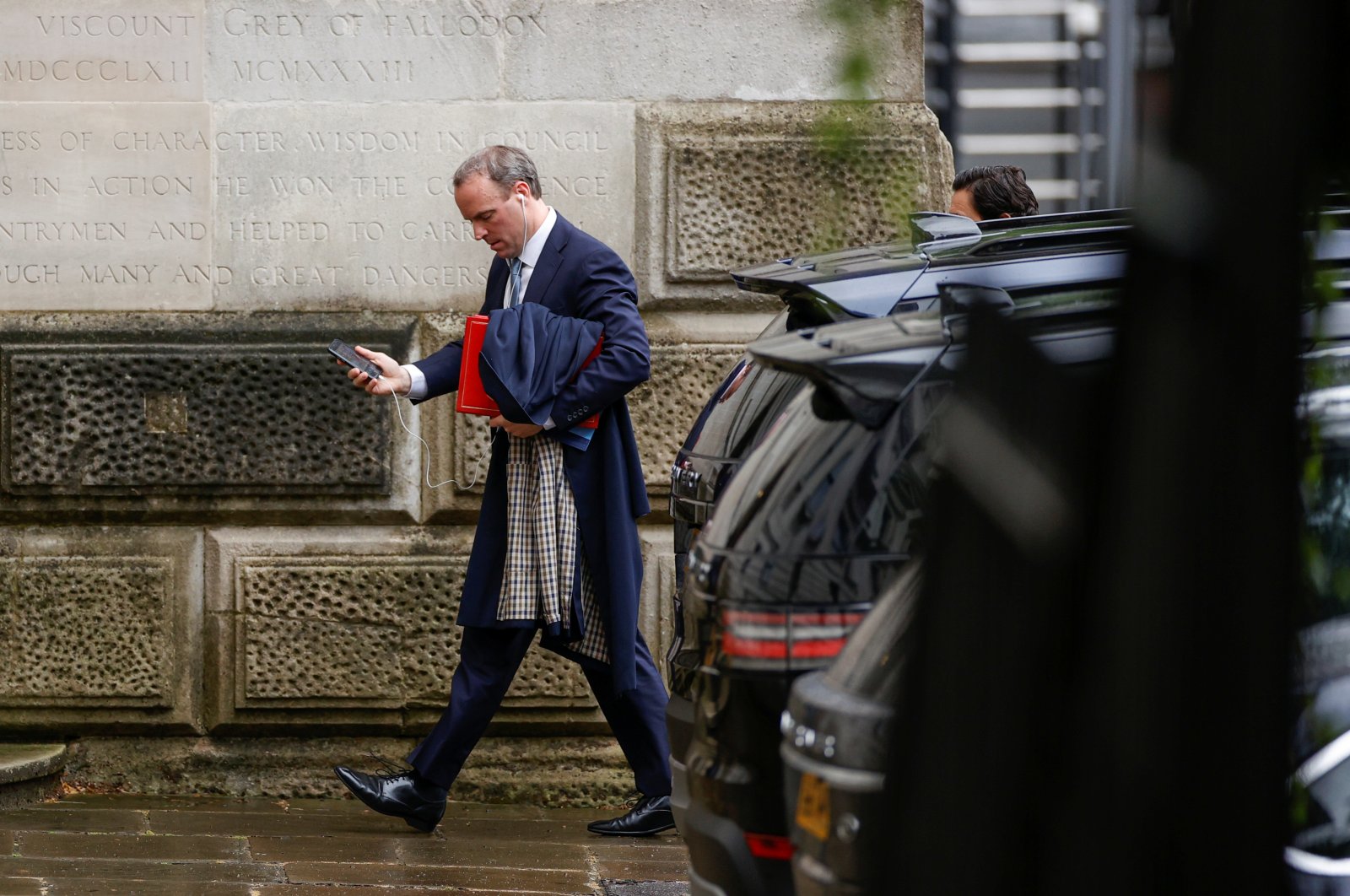 British Foreign Secretary Dominic Raab on Thursday sparked mockery and dismay by suggesting the anti-racism protest of taking the knee was a symbol of "subjugation" that originated with "Game of Thrones."

Premier League footballers took a knee on Wednesday evening in solidarity with demonstrations across the world sparked by the killing of an unarmed black man, George Floyd, by U.S. police.

"I understand this sense of frustration and restlessness which is driving the Black Lives Matter movement," Raab told Talk Radio when asked about the incident.

"I've got to say, on this taking the knee thing, which I don't know, maybe it's got a broader history but it seems to be taken from the (hit TV show) 'Game of Thrones.'

"It feels to me like a symbol of subjugation and subordination rather than one of liberation and emancipation.

"But I understand people feel differently about it so it's a matter of personal choice."

He added: "I take the knee for two people: the queen and the Mrs. (his wife) when I asked her to marry me."

"'Taking the knee' began in 2016 with American athletes refusing to stand for the U.S. national anthem," said Diane Abbott, who in 1987 became Britain's first female black member of Parliament and still serves in the House of Commons.

"They were protesting police brutality and racism. But @DominicRaab thinks it comes from Game of Thrones!!!" Abbott wrote in a tweet.

The quarterback filed a grievance with the NFL in 2017 alleging that the owners conspired to keep him out of the league as a result, and last year, he settled for an undisclosed amount of money.

After his comments went viral on social media, Raab tweeted: "To be clear: I have full respect for the Black Lives Matter movement, and the issues driving them.

"If people wish to take a knee, that's their choice and I respect it. We all need to come together to tackle any discrimination and social injustice."

Floyd, 46, died on May 25 in Minneapolis, Minnesota after former officer Derek Chauvin knelt on his neck for nearly nine minutes. He was killed by "asphyxiation from sustained pressure," an independent autopsy found.