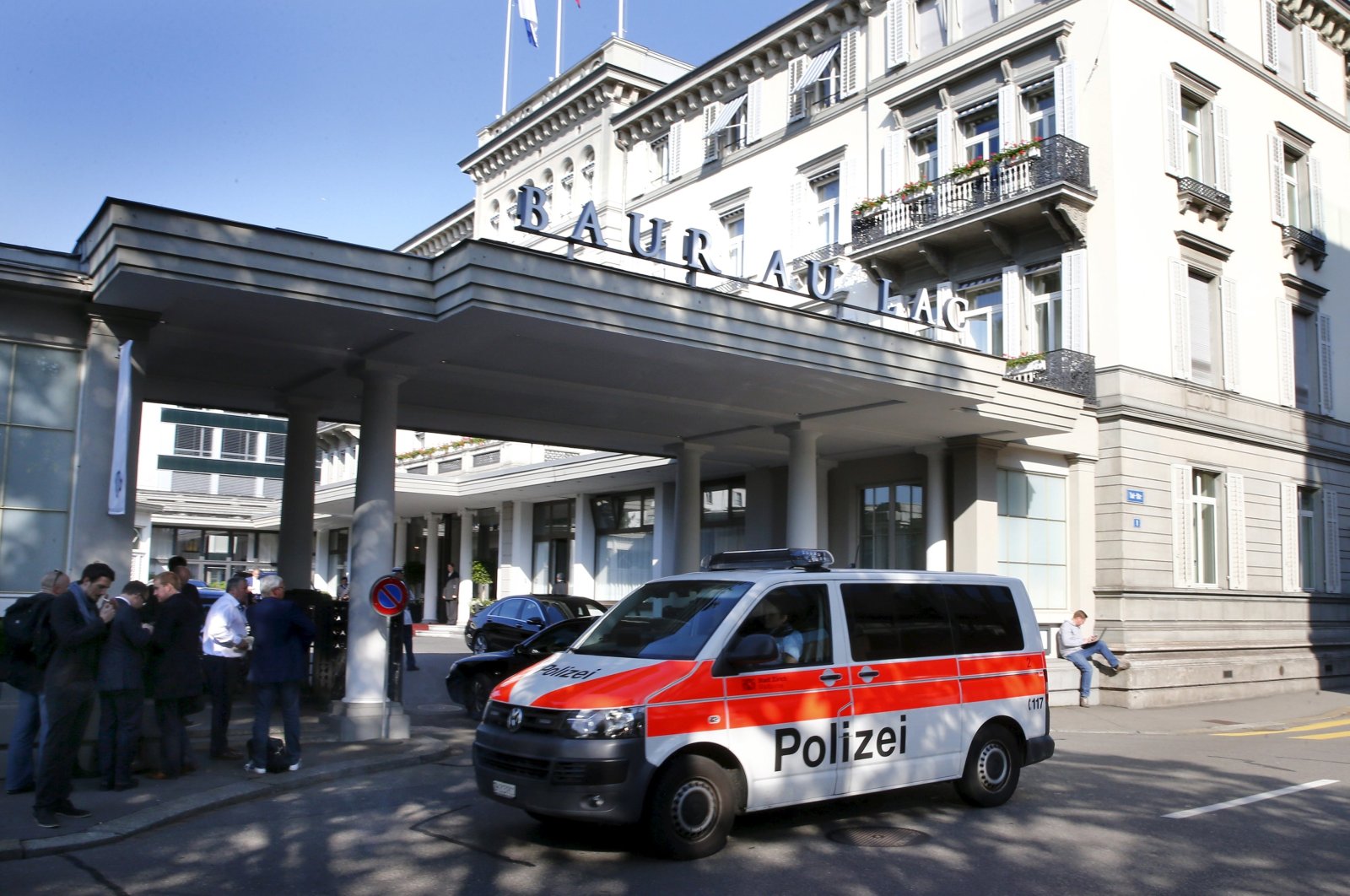 Shocked by the deadly terror attacks in neighboring France in 2015, Bern produced a new law that allows police to take preventative action more easily when faced with a "potential terrorist." The law, which received a parliamentary stamp of approval last year, would apply to a few dozen current cases, according to federal police. Switzerland has thus far been spared the large-scale attacks seen among its European neighbors.

Authorities nonetheless insist the threat level is high, and have said two knife attacks in the country last year likely had "terrorist motivation." But rights advocates and left-leaning politicians have voiced outrage over the law's potential to trample on the rights of innocent people.

The text "raises questions about the credibility of Switzerland's humanitarian tradition," Alicia Giraudel, a lawyer with Amnesty International's Swiss chapter, told Agence France-Presse (AFP). And, she warned, it "could also open the way internationally to security-focused policies that become punitive instruments applied to people who have committed no crime."

The government meanwhile argues that all fundamental rights remain guaranteed under the law, and insists existing de-radicalization programs are insufficient to keep Switzerland safe. Opponents of the law gathered the signatures needed to put it to a referendum as part of Switzerland's direct democracy system, and voters will have their say on June 13. Early opinion polls indicate broad support for the new law.

The law allows police to conduct greater surveillance of anyone over the age of 12 they believe could be contemplating violent actions, and also to limit their movement and oblige them to face questioning. And with a court order, they can also place anyone over the age of 15 under house arrest for up to nine months. "This will make us the first and only Western country to introduce such an arbitrary deprivation of liberty," warned the Socialist Party.

The only other exception, it said, was the United States with its Guantanamo prison camp. Opponents warn that the measures contravene numerous international human rights norms, including the United Nations Convention on the Rights of the Child, and risk harming the country's reputation. While the concept of human rights was born in France, Switzerland has long been considered their guardian, as it is home to the Geneva Conventions, the U.N. Human Rights Council and the Office of the High Commissioner for Human Rights, among others.

The U.N. is deeply critical of the law.

"The bill could affect a number of human rights, including freedom of movement, expression, association and peaceful assembly, as well as the right to privacy and family life," Liz Throssell, a spokesperson for the U.N. rights office, told AFP. "Among our concerns is the expansion of the definition of acts of terrorism to include non-violent conduct," including spreading fear, she said.

A number of independent U.N. rights experts have also warned Bern that the law's "excessively expansive" definition of terrorist activity "sets a dangerous precedent and risks serving as a model for authoritarian governments seeking to suppress political dissent." Dunja Mijatovic, the Council of Europe's human rights commissioner, has also criticized the law's vague definition of a "potential terrorist," warning it "opens the way to a broad interpretation that runs the risk of excessive and arbitrary interference with human rights."

The International Commission of Jurists has also slammed the law, as have over 80 Swiss nongovernmental organizations and more than 60 law professors at the country's universities. The Swiss think tank Foraus stressed that Switzerland needed to decide what values it wanted to defend as it seeks to anchor its influence on the international stage. This was particularly important as Switzerland seeks a non-permanent seat on the U.N. Security Council in 2023-34, Nora Naji of Foraus told AFP.

"The country's engagement in strengthening fundamental rights and human rights is more important than ever," she said.

Home to the Red Cross and a broad range of other humanitarian organizations, Switzerland has accepted that aid groups that are active in areas controlled by terrorist groups would be explicitly exempt from the law.

Such an exemption was vital, Francoise Bouchet-Saulnier, the legal chief at the Doctors Without Borders charity, told AFP. "Without a humanitarian exemption, the simple fact of providing humanitarian assistance or medical assistance, or to be in phone contact with an armed group could be considered as complicity and support for terrorism."