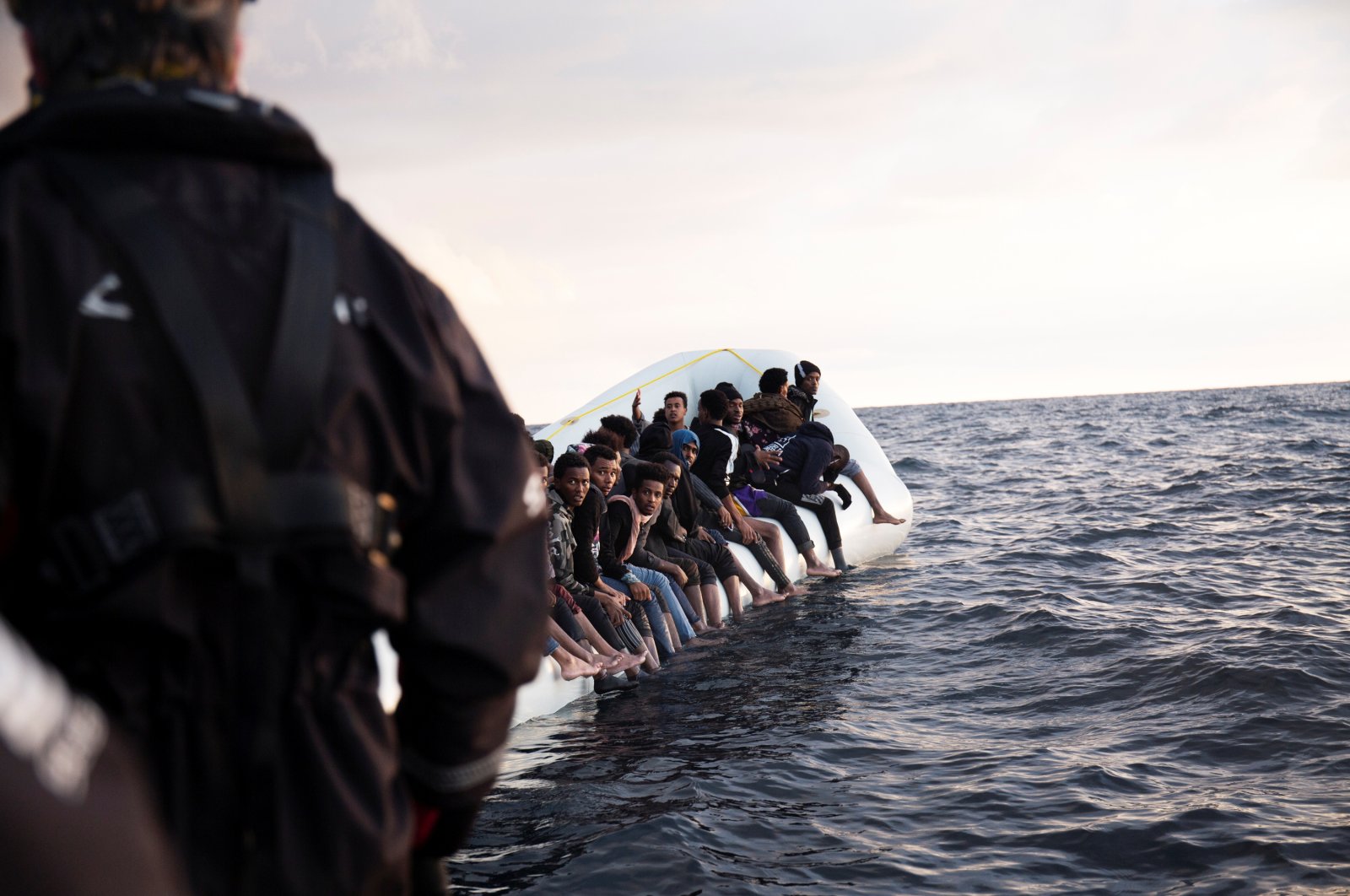 Following another tragedy of migrant deaths this week, the United States said it estimates around 1,600 people have died this year in the Mediterranean on their perilous journey to reach Europe.

The sinking of a boat with more than 30 people on board this week is the deadliest migration tragedy to date in the English Channel.

Migrant shipwrecks of that scale, however, are not uncommon in the waters surrounding Europe's southern borders.

This year alone, U.N. officials estimate that 1,600 people have died or gone missing in the Mediterranean Sea, the main gateway to Europe for migrants trying to enter the continent with the help of human smugglers.

The death toll is higher than last year, but by no means unique. The International Organization of Migration (IOM) estimates that 23,000 people have perished since 2014 while trying to cross the Mediterranean in rickety boats or rubber dinghies, peaking at more than 5,000 in 2016. In the same seven-year period, about 166 people have died in the English Channel.

“I think it's a question of proximity,” di Giacomo said. “I think the media attention of what happened between U.K. and France is also because this is new. Europe is not used to have that inside the continent; usually it's on the external borders.”

This year the busiest and deadliest migrant route to Europe is the central Mediterranean where people travel in crowded boats from Libya and Tunisia – and in some cases all the way from Turkey – toward Italy. About 60,000 people have arrived in Italy by sea this year, and some 1,200 have died or disappeared on the journey, according to the U.N. High Commissioner for Refugees.

The number of missing is an estimate partly based on information from survivors of shipwrecks.

Migrant rescue activists on Thursday said a boat in the central Mediterranean with 430 people on board was taking in water and called on European authorities to assist. Another boat operated by charity Sea-Watch was looking for a safe port to disembark 463 rescued migrants.

Meanwhile, since last year traffic has increased on an even more dangerous route in the Atlantic Ocean where migrants set out from Senegal, Mauritania or Morocco in simple wooden boats with the hope of reaching Spain's Canary Islands. Some boats sink not far from the coast of Africa and others disappear further out, in some cases missing the Canaries and drifting deep into the Atlantic.

IOM has registered 900 deaths on the Canaries route this year, he said, but the true number could be double "and no one is paying a lot of attention.”

More than 400 people were rescued this week while trying to reach the island group.

Human rights groups often criticize European governments for not doing more to rescue migrants trying to reach the continent on unseaworthy vessels. European rescue efforts led by Italy in the central Mediterranean were scaled back a few years ago and more emphasis was placed on training and equipping the Libyan coast guard to intercept migrant boats before they can reach European waters. Critics say Europe is turning a blind eye to human rights abuses in Libyan detention centers for migrants.

Noting that nine out of 10 refugees have fled to neighboring countries, Carlotta Sami of UNCHR in Italy said the agency is pushing for EU governments to provide “safe passageways” for refugees “to diminish the number of those who attempt to make the extremely risky journey."