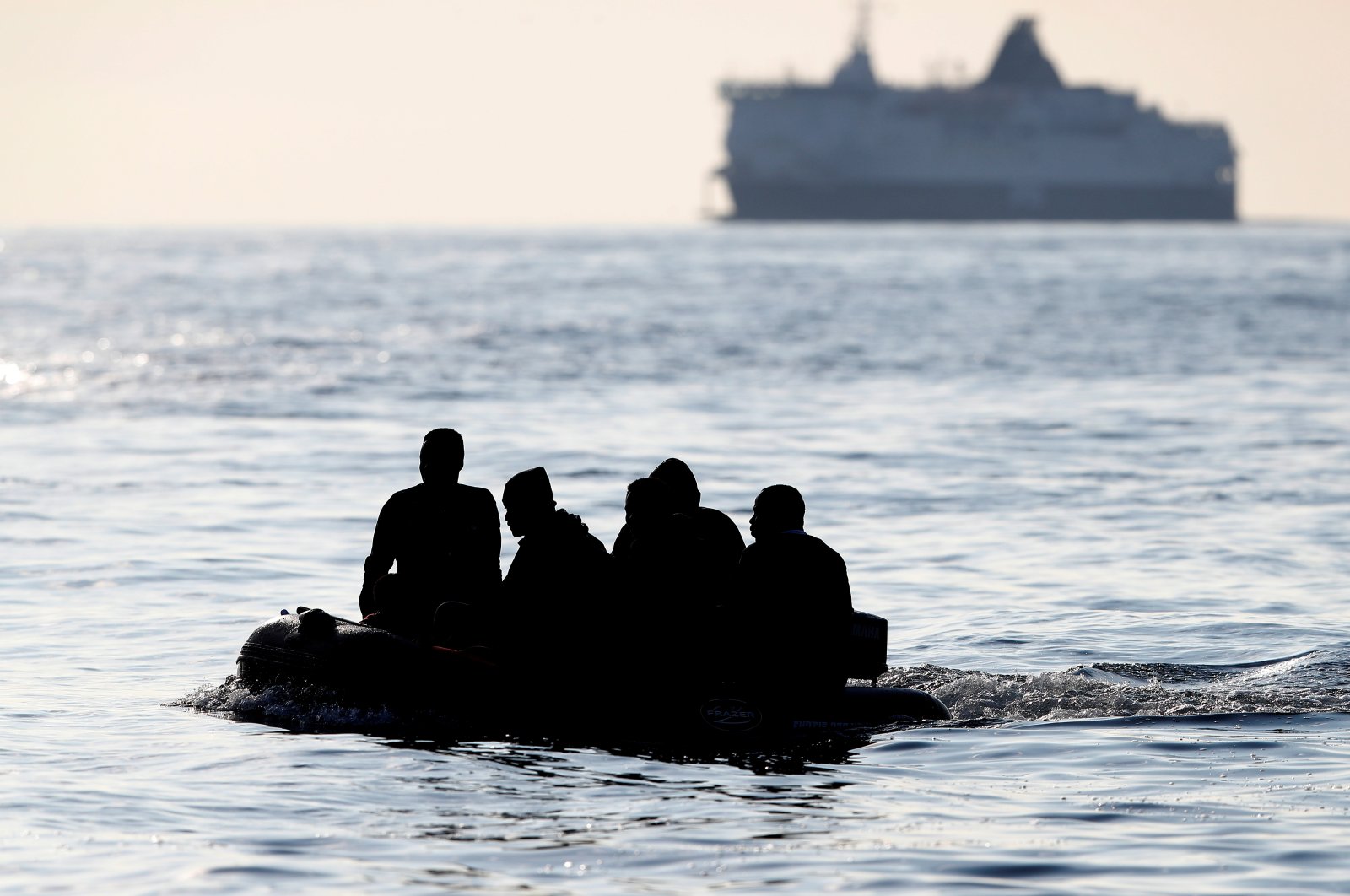 People who say they are from Darfur, Sudan cross the English Channel in an inflatable boat near Dover, Britain, Aug. 4, 2021. (Reuters Photo)
by French Press Agency - AFP Sep 23, 2021 1:59 pm
RECOMMENDED

Interior minister Priti Patel – a prominent supporter of Brexit, where "taking back control" of immigration was a key campaign issue – said the current system was "overwhelmed." Instead, she said the proposed new law would be based "on genuine need of refuge, not on the ability to pay people smugglers."

But the UNHCR said the bill "would penalise most refugees seeking asylum in the country via damaging and unjustified penalties, creating an asylum model that undermines established international refugee protection rules and practices."

Whether people enter Britain legally or illegally will affect how their asylum claim progresses under the proposals.

"If people arrive illegally, they will no longer have the same entitlements as those who arrive legally, and it will be harder for them to stay," said Patel, when unveiling the plan in March. "If, like over 60 percent of illegal arrivals, they have travelled through a safe country like France to get here, they will not have immediate entry into the asylum system -- which is what happens today," she added.

More than 15,000 people have now crossed the Channel from France to the U.K. on small boats this year – some 7,000 more than for the whole of 2020. The UNHCR said the bill would create a "lower class of status to be assigned to the majority refugees – those arriving spontaneously."

"Those arriving irregularly will be stigmatised as unworthy and unwelcome, kept in a precarious status for 10 years, denied access to public funds unless destitute," said Rossella Pagliuchi-Lor, UNHCR's U.K. representative.

The U.K. Nationality and Borders Bill, which is currently moving through Britain's lower House of Commons, is based on the idea that people should claim asylum in the "first safe country" they arrive in.

"But this principle is not found in the 1951 Refugee Convention and there is no such requirement under international law," said the UNHCR. "The Convention's definition of a refugee doesn't vary according to the route of travel, choice of country of asylum, or the timing of a claim," said Pagliuchi-Lor. "Are we saying that an Afghan refugee is less deserving in the UK than when in Iran or Pakistan?"

Britain's plans to turn back boats carrying migrants across the Channel has already provoked alarm and anger in France, with London claiming Paris is not doing enough to tackle the problem.