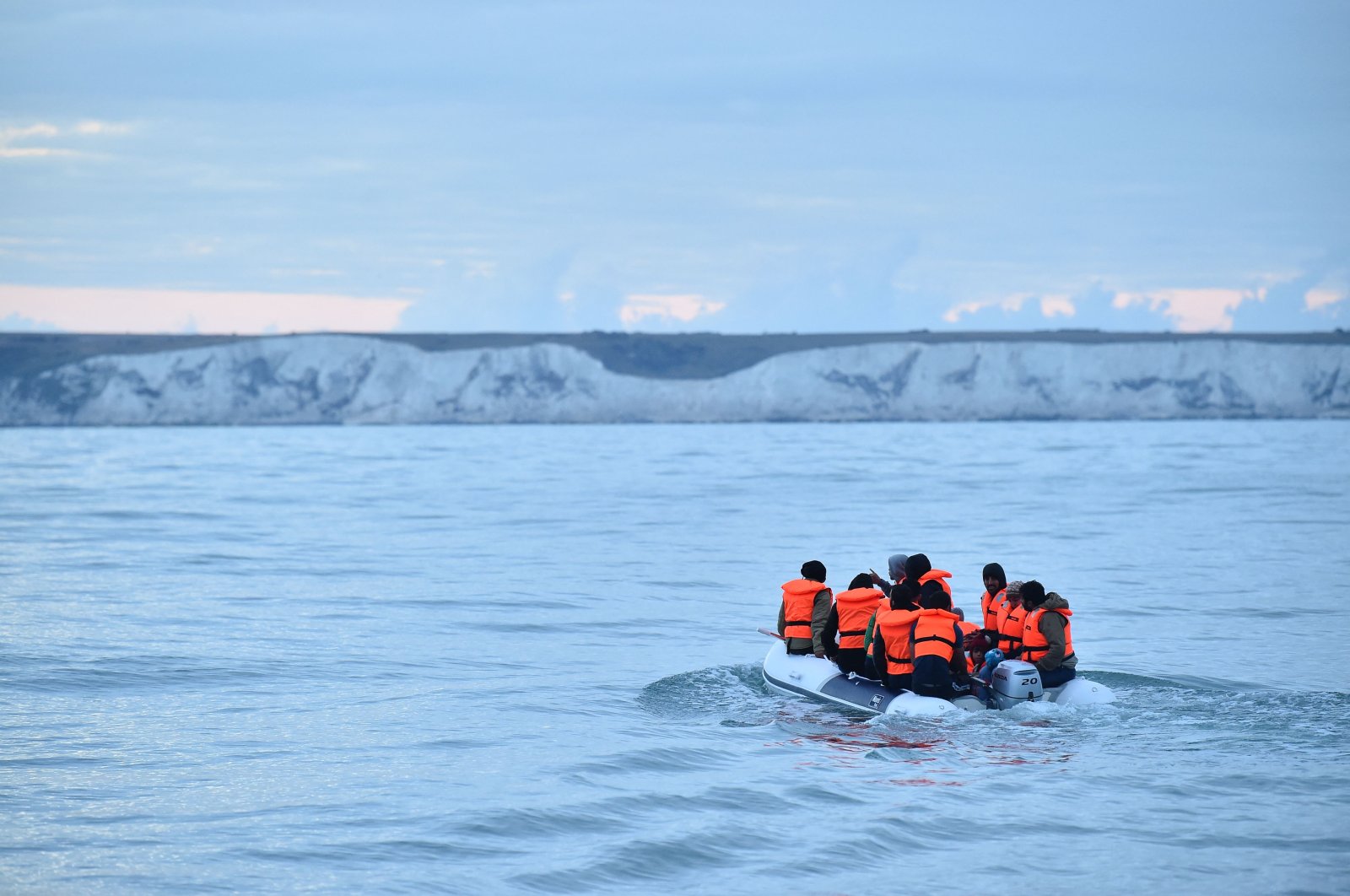 More than 430 migrants have illegally passed to the U.K. through the English Channel in a single day, the government said Tuesday, pledging to launch a new crackdown on asylum-seekers.

Monday's figure surpassed a previous daily high of 416 set in September 2020, and came as U.K. lawmakers debate new legislation that would overhaul asylum rules and impose stricter jail terms for both migrants and people-smugglers.

Growing numbers of migrants – many of them on dangerously overcrowded inflatable boats – have reached the U.K. since the start of 2020. The crossings typically increase in favorable summer weather.

One dinghy carrying around 50 people, including women and young children, landed Monday in Kent on England's southern coast, with some of them raising their hands in celebration.

"People should claim asylum in the first safe country they reach and not risk their lives making these dangerous crossing," he said.

"We are continuing to pursue the criminals behind these illegal crossings."

Last year, the government says roughly 8,500 people arrived in Britain having made the perilous crossing across the Channel from mainland Europe, one of the world's busiest shipping lanes, in small boats.

Most of the crossings start in France, and the two governments have been at loggerheads over who should take responsibility for stopping them.

O'Mahoney said the government's Nationality and Borders Bill, which is proceeding through parliament, would "protect lives and break this cycle of illegal crossings."

The legislation increases the maximum sentence for migrants entering the U.K. unlawfully from six months to four years. Convicted people-smugglers would face a life sentence.

"People cross the Channel because they are out of options," Daniel Sohege, director of the human rights group Stand For All, wrote on Twitter.

"This is what happens when other routes are closed," he added, saying the new bill would make the situation "worse and more dangerous."

But Home Secretary Priti Patel insisted the legislation was long overdue, vowing to take back control of U.K. borders after the country's Brexit departure from the European Union.

"This bill will finally address the issues that have resulted in the broken system – of over a long period of time – of illegal migration," she told Parliament on Monday.