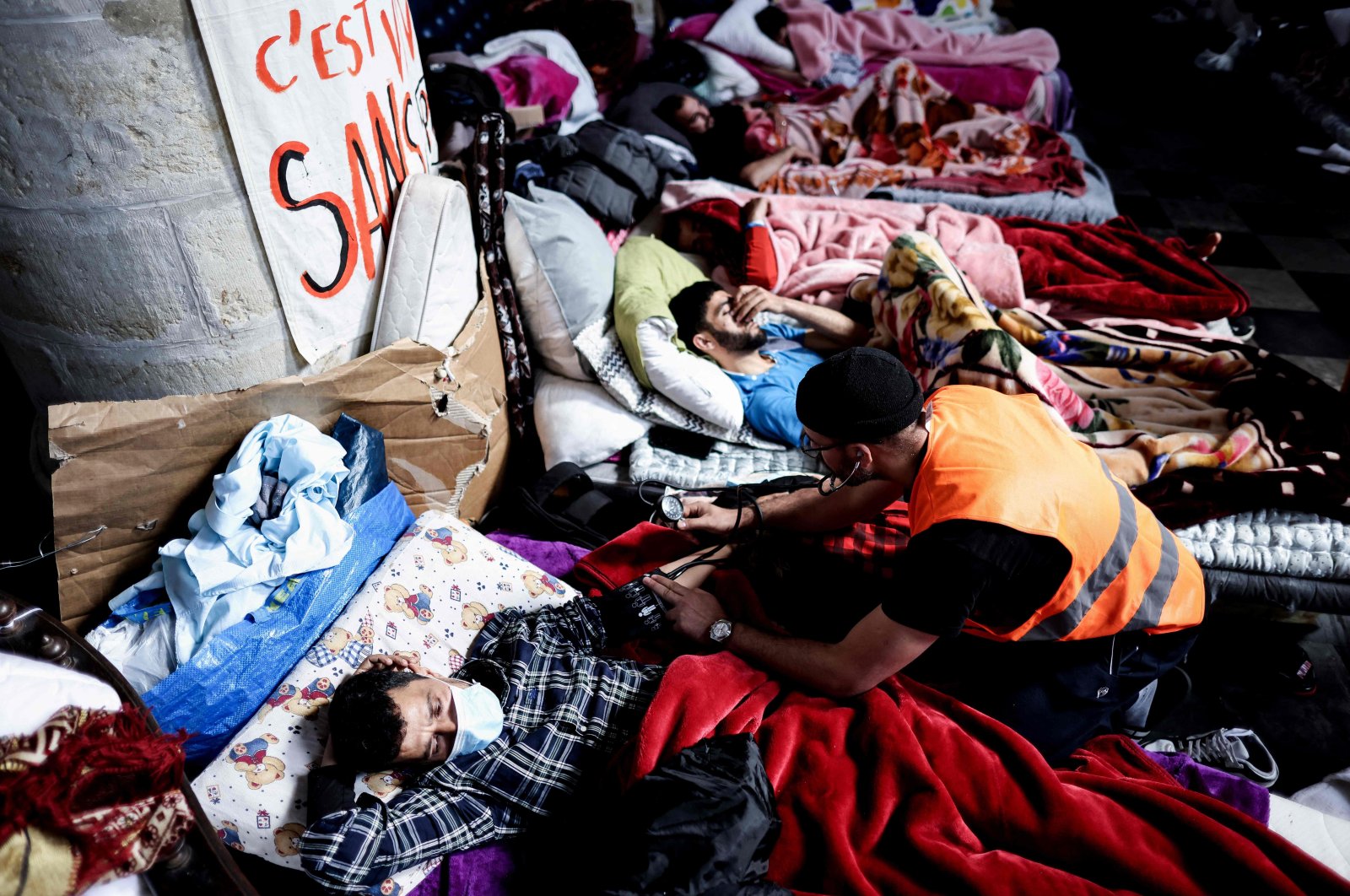 A paramedic volunteer treats a migrant on hunger strike as he occupies the Church of Saint-Jean-Baptiste au Beguinage in Brussels, Belgium, June 2, 2021. (AFP Photo)
by ASSOCIATED PRESS Jul 19, 2021 4:23 pm
RECOMMENDED

Two United Nations representatives urged Belgian authorities Monday to offer temporary residence permits to several hundred migrants who are on a hunger strike in Brussels, some of whom with failing health.

The migrants desperate to obtain legal residency papers began their hunger strike on May 23 at two universities and a church in the Belgian capital.

Some said they have been living and working in the European nation of 11.5 million for a decade. In recent days, some of the migrants have also started refusing water.

"The information we have received is alarming, and several of the hunger strikers are between life and death," said De Schutter, the U.N.'s special rapporteur on extreme poverty and human rights.

Gonzalez, the U,N.'s special rapporteur on the human rights of migrants, said the Belgian government should clearly rule out the possibility of deporting the migrants, given the state of their health.

The government also "should consider issuing temporary residence permits allowing any person who introduces a request for stay regularization the right to exercise an economic activity," Gonzalez said.

In his response to the letter, Mahdi said a collective solution should not be proposed and said he had suggested to the hunger strikers that they file individual residency requests.

According to the rapporteurs, some 150,000 migrants live in Belgium without authorization. They said that people wanting to have their status legalized are deterred from doing so because they fear they will be deported if they apply.

The hunger strike has ignited tensions in the coalition government led by Prime Minister Alexander De Croo. Last week, the Socialists and Greens called on the liberal De Croo to intervene in a bid to avoid "an imminent drama."

According to Belgian media, Minister of Economy and Labour Pierre-Yves Dermagne went a step further on Monday, threatening that all socialist members of the government will resign if one of the migrants taking part in the strike dies.