US calls on Russia to stop 'reckless, aggressive actions' against Ukraine 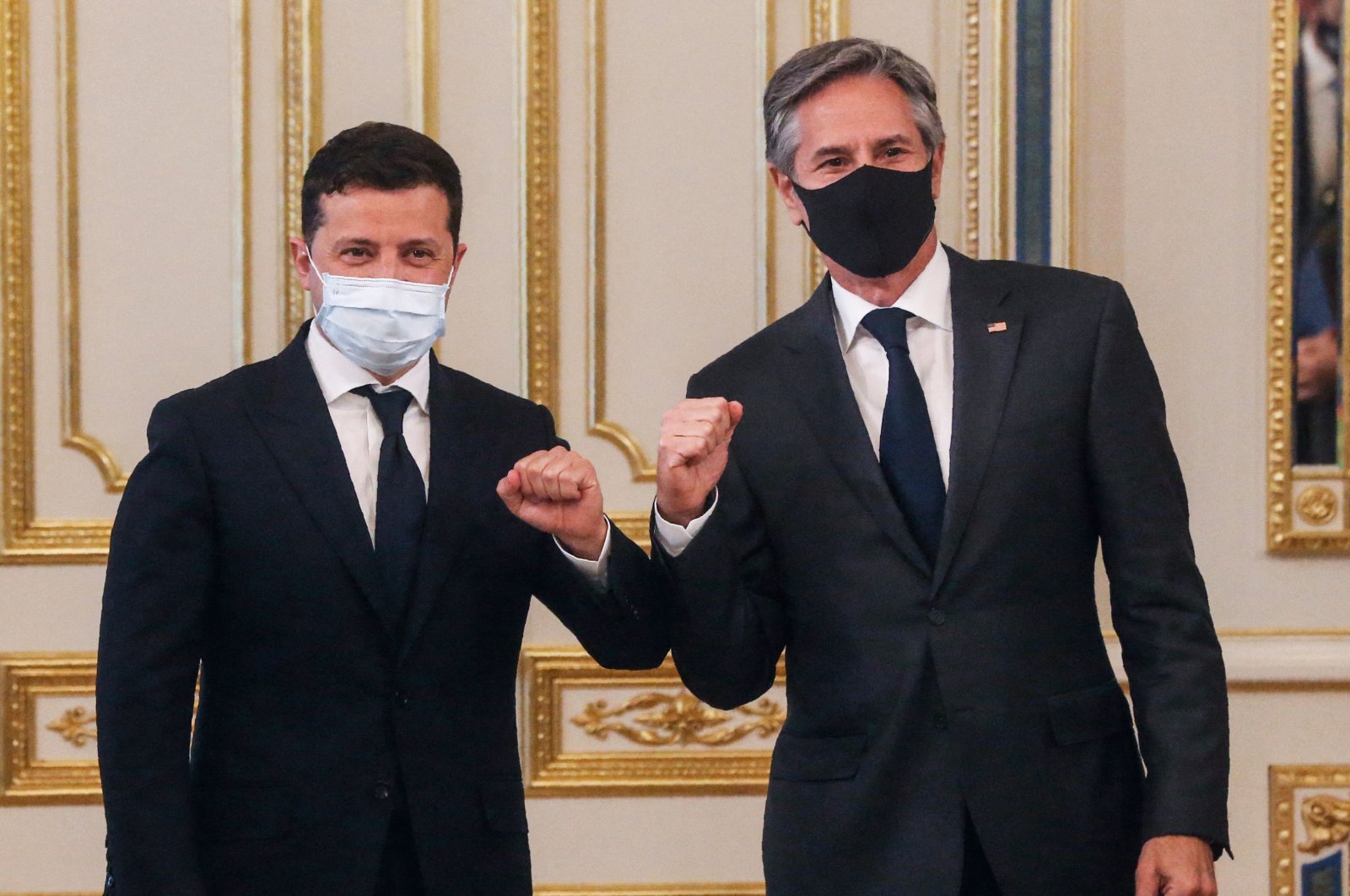 During his Ukraine visit Thursday, U.S. Secretary of State Antony Blinken called on Russia to stop its "reckless and aggressive actions" against Ukraine, adding that Moscow has kept "significant forces" near the border

"We stand strongly with you ... and we look to Russia to cease reckless and aggressive actions," Blinken told Ukrainian President Volodymyr Zelenskiy in Kyiv.

Blinken's one-day visit comes after Russia last month amassed over 100,000 troops on Ukraine's borders, the biggest mobilization since Moscow seized the majority-Russian peninsula of Crimea in 2014 and war broke out in eastern Ukraine.

But Russia quickly announced a pullback after the latest buildup, leading some experts to believe President Vladimir Putin was testing the will of Biden while seeking to intensify pressure on Ukraine.

"We're aware that Russia has withdrawn some forces from the border with Ukraine, but we also see that significant forces remain there," Blinken said.

"We'll continue to strengthen our security partnership and in-flux collaboration with you to make sure Ukraine can defend itself against aggression," he added.

The United States has provided crucial aid to Ukraine since 2014 when Russia annexed the Crimean Peninsula and pro-Kremlin separatists broke away from Kyiv in an ongoing conflict that has claimed more than 13,000 lives.

Despite Russia's troop drawdown, Zelensky during the press briefing with Blinken said his country remains under Russian military threat.

"We think that the decrease (of Russian troops near the border) is slow, therefore, perhaps, there still may be a threat. Nobody wants these surprises," he told journalists in Kyiv.

Blinken is the first senior U.S. official to visit Ukraine since Joe Biden was inaugurated as president in January this year.