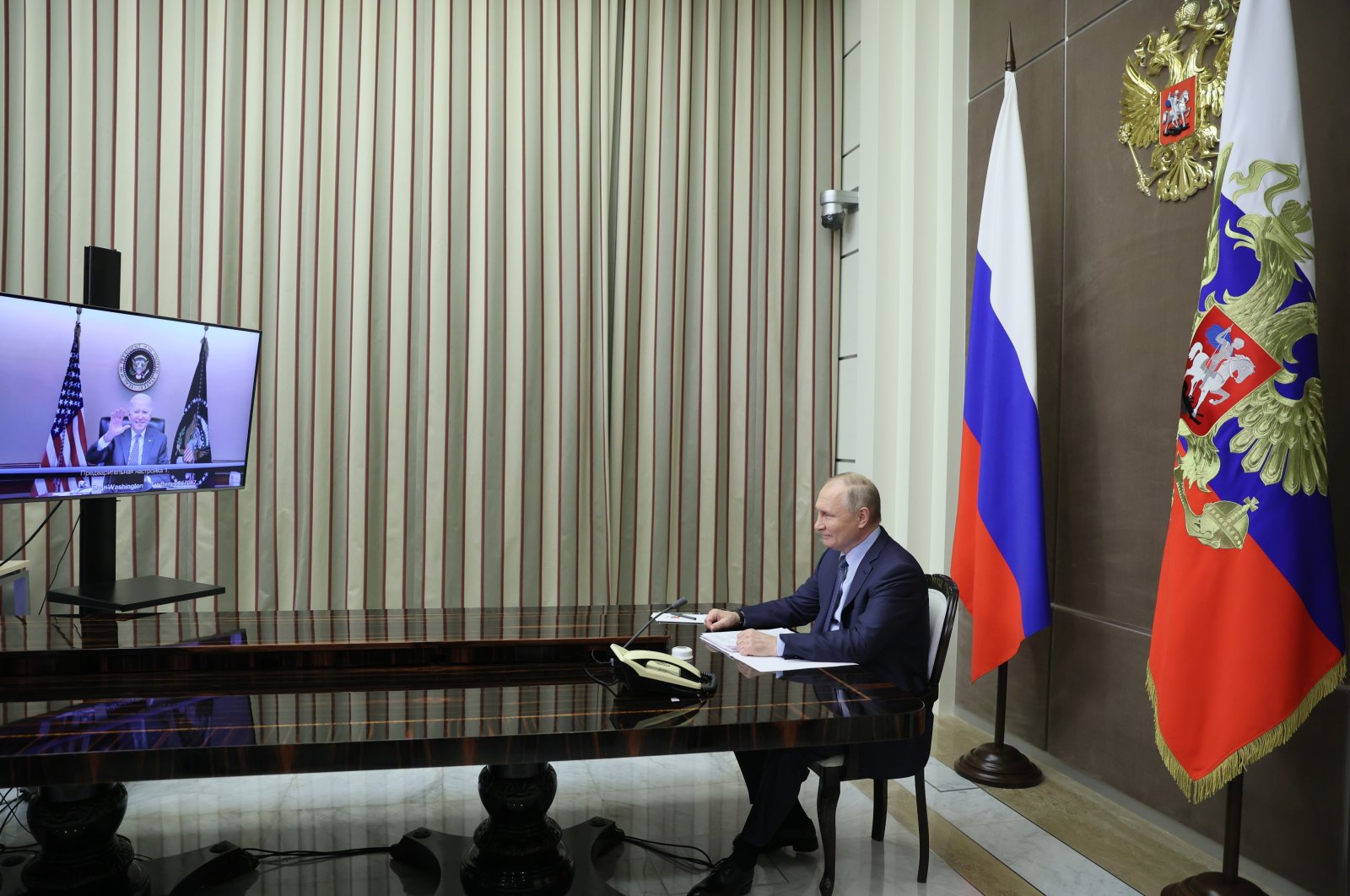 Russian and U.S. officials will quickly follow up presidents Vladimir Putin and Joe Biden's two-hour call on Tuesday over Ukraine with discussions on "this complex confrontational situation," the Kremlin said, giving no date or details of how the contacts would take place.

Agreement to keep talking was the main tangible result of the video call where the two leaders set out opposing positions on Ukraine, which says it is bracing itself for a possible invasion by tens of thousands of Russian troops close to its border.

Neither side spoke of a breakthrough in the discussion in which Biden warned Putin that the West would impose "strong economic and other measures" on Russia if it invaded, while Putin demanded guarantees that NATO would not expand eastward.

Russia denies threatening its neighbor and says it is responding to menacing actions by Ukraine and NATO.

"The presidents agreed to appoint their representatives, who will very promptly begin a discussion of this complex confrontational situation, a discussion of strategic security issues on the continent," Kremlin spokesperson Dmitry Peskov said.

He said the two leaders would need to speak again after contacts between their officials but that no date had been set for their next exchange.

Peskov said the possibility of Western sanctions against Russia's newly built Nord Stream 2 gas pipeline had not been raised on the call.

U.S. National Security Adviser Jake Sullivan said on Tuesday the fact that gas was not yet flowing through Nord Stream 2 – led by Russian gas giant Gazprom – created leverage for the West over Putin.

"If Vladimir Putin wants to see gas flow through that pipeline, he may not want to take the risk of invading Ukraine," Sullivan told reporters at the White House.

Ukraine's Foreign Minister Dmytro Kuleba told Reuters the talks between Biden and Putin had served the purpose of "deterrence and de-escalation."

But he added that the priority was drawing up a deterrence package to ward Moscow off any further military escalation.