US slams Israel for demolition of Palestinian-American family home 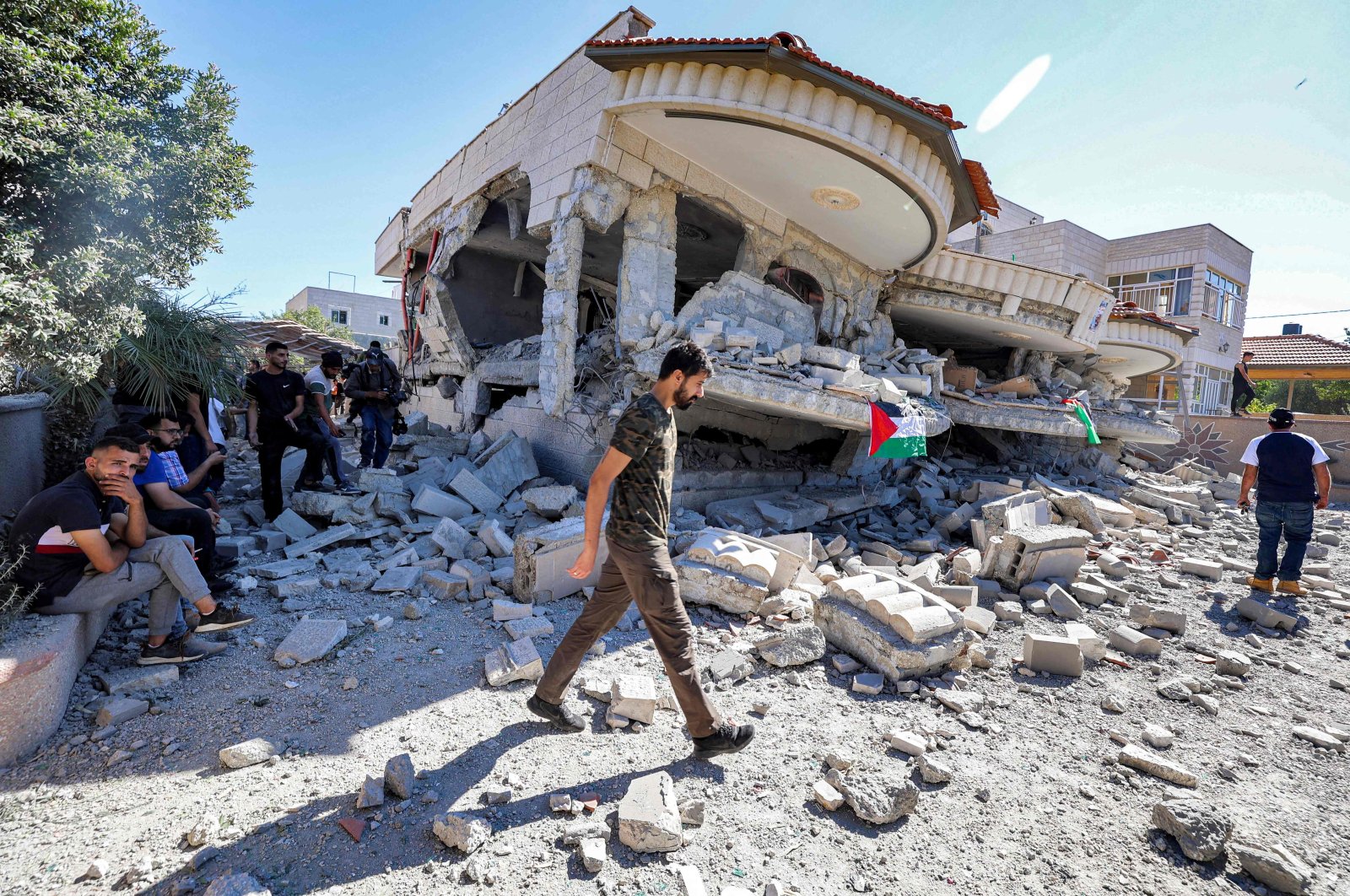 Palestinians gather by the rubble of a building that belonged to Muntasser Shalaby, who was arrested in May on suspicion of carrying out a drive-by shooting attack on an Israeli student, after it was demolished by Israeli forces in the village of Turmus'ayya near Ramallah in the occupied West Bank on July 8, 2021. (AFP Photo)
by Agencies Jul 08, 2021 2:38 pm
RECOMMENDED

The United States on Thursday rebuked the Israel army demolition of the family home of a Palestinian-American man accused of carrying out a shooting attack on Israeli settlers in the occupied West Bank.

The U.S. Embassy said in a statement that it was following reports of the home demolition, and that all sides should "refrain from unilateral steps that exacerbate tensions and undercut efforts to advance a negotiated two-state solution, this certainly includes the punitive demolition of Palestinian homes."

"As we stated numerous times, the home of an entire family should not be demolished for the actions of one individual,” the embassy said as U.S.' criticism of Israel's demolition of Palestinian homes created a precedent.

Early on Thursday, the Israeli army demolished the home of Shalaby in the town of Turmus Ayya in Ramallah, the central occupied West Bank, as reported by Anadolu Agency (AA). Israel says Shalaby carried out a May 2 drive-by shooting in the Israeli-occupied West Bank that killed Israeli student Yehuda Guetta and wounded two others. He was arrested days after the attack.

His wife, Sanaa Shalaby, told the AP they were estranged for several years and that he spent most of his time in Santa Fe, New Mexico. His entire family has U.S. citizenship. The Israeli Supreme Court upheld the demolition order in a decision last month. Sanaa and her three children had been living in the home.

The case drew attention to Israel’s policy of punitive demolitions of the homes of Palestinians who attacked Israelis. Israeli officials say the demolitions deter future attacks, while rights groups view them as a form of collective punishment. The U.S. State Department has urged a halt to punitive home demolitions.