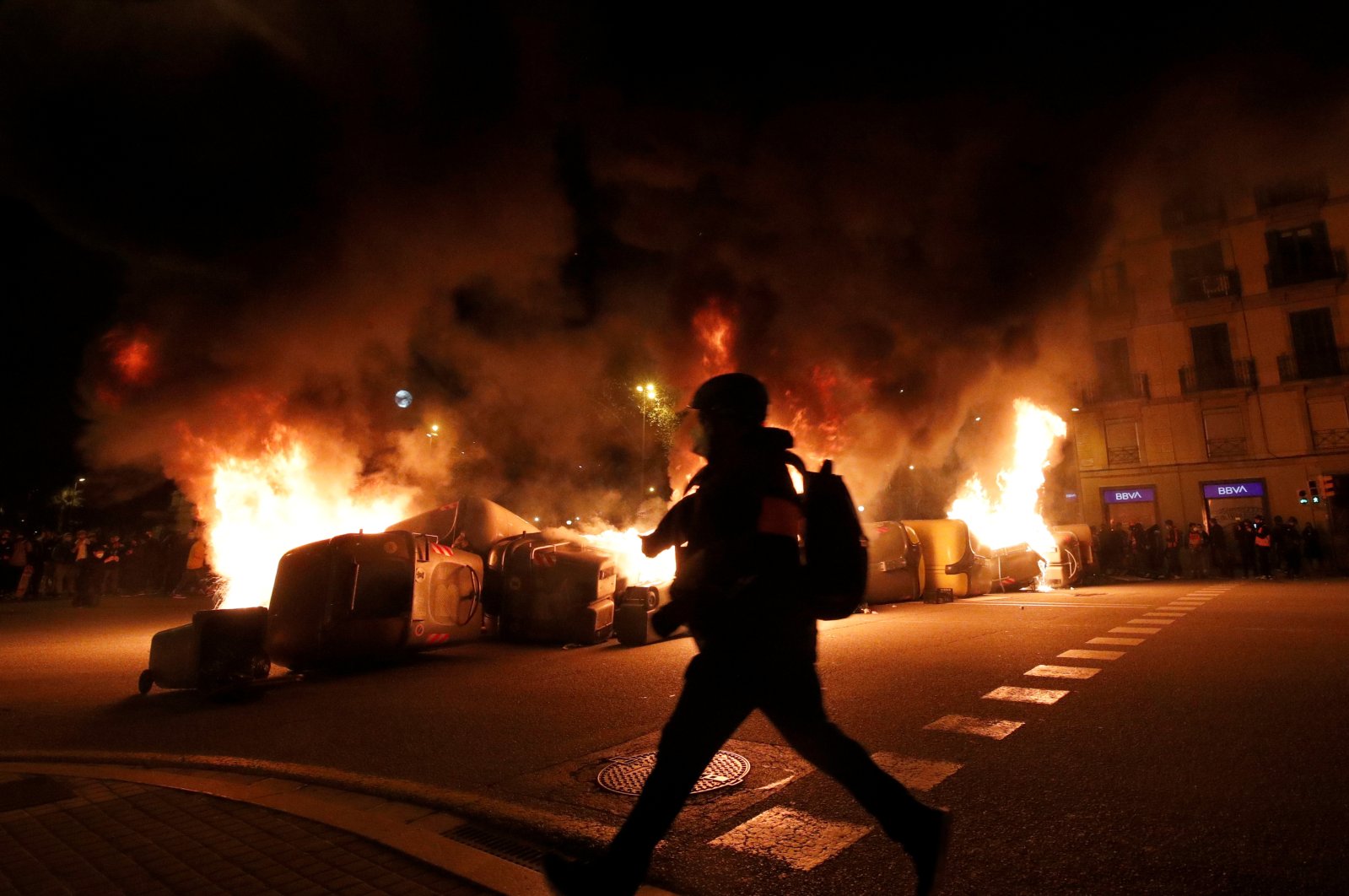 A barricade built with trash containers burns during a protest in support of Catalan rapper Pablo Hasel, after he was given a jail sentence on charges of glorifying terrorism and insulting royalty in his songs, in Barcelona, Spain, Feb. 19, 2021. (Reuters Photo)
by Reuters Feb 22, 2021 6:00 pm
RECOMMENDED

Police charged protesters who set fire to rubbish containers and attacked banks in Spanish cities on Friday in the fourth night of clashes after a rapper was jailed for glorifying terrorism and insulting royalty in his songs.

The nine-month sentence of Pablo Hasel, known for his fiercely anti-establishment raps, has galvanized a debate over freedom of expression in Spain, prompting the government to announce it would make speech laws less restrictive and sparking protests that, at times, turned violent.

Two banks were attacked in Barcelona. Police charged protesters in the northern Catalan city of Girona.

Spanish Prime Minister Pedro Sanchez condemned the violence which has marked protests over the past three nights.

"Democracy protects freedom of speech, including the expression of the most awful, absurd thoughts, but democracy never ever protects violence," he told an event, promising to "widen and improve freedom of speech."

During the last three nights police fired tear gas and foam bullets at demonstrators who set fire to trash containers and motorcycles and looted stores. There were also clashes in the capital Madrid and other cities.

Officials said around 60 people have been arrested across Catalonia, where Barcelona is located. One woman lost an eye during clashes in Barcelona, triggering calls from politicians to investigate police tactics.

"Spain is a country with freedom of expression, of course, but there are threats to that freedom," Amnesty head for Spain, Esteban Beltran, told Reuters.