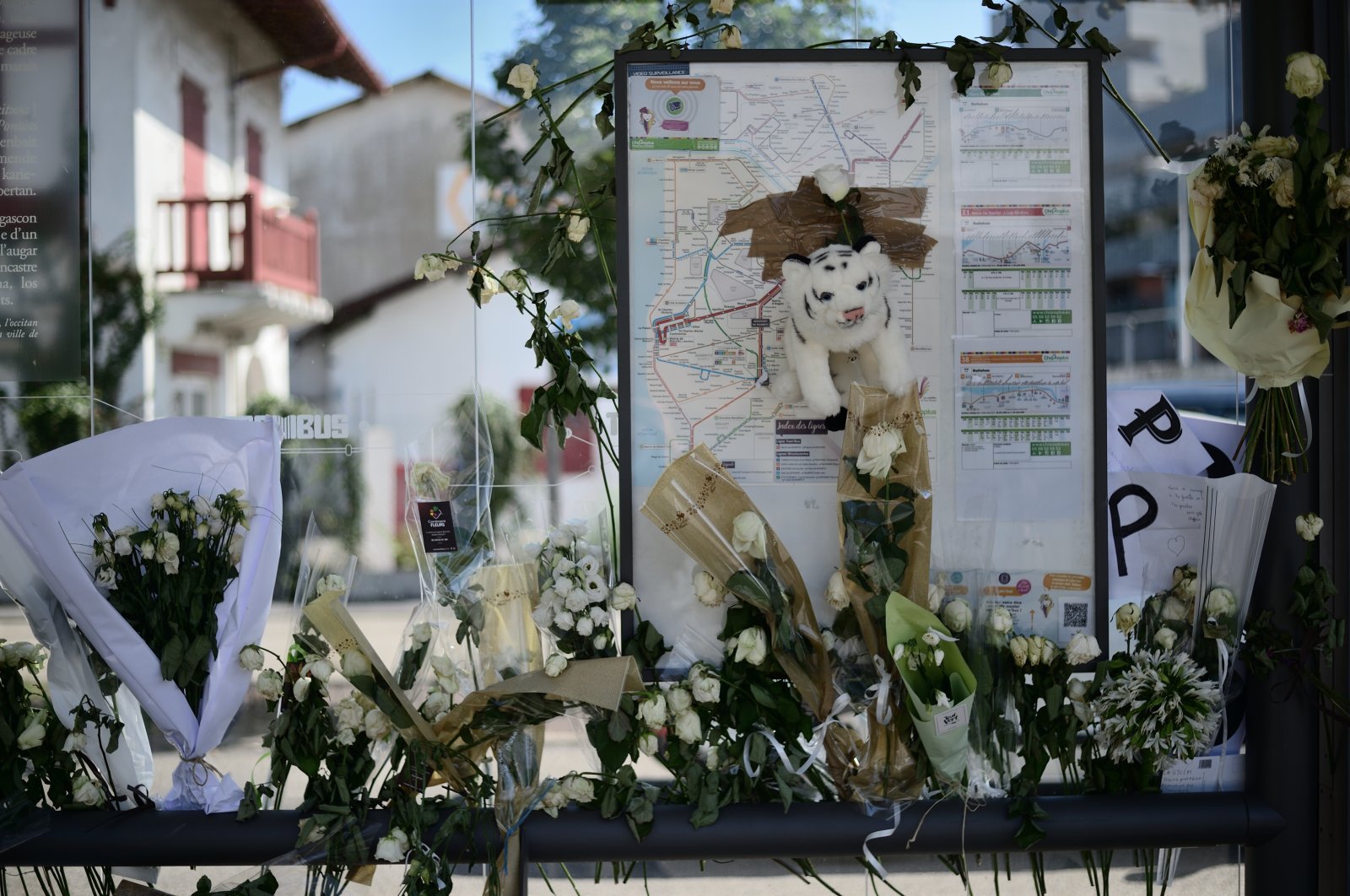 The Balishon bus stop the day after the death of Philippe Monguillot, the bus driver assaulted on Sunday 5 of July in Bayonne. Bayonne - July 11, 2020. (Reuters Photo)
by ASSOCIATED PRESS Jul 11, 2020 8:46 pm
RECOMMENDED

The wife of a French bus driver savagely beaten after he asked four passengers to wear face masks aboard his vehicle called Saturday for "exemplary punishment” after he died of his injuries.

The assault on Philippe Monguillot has scandalized France. President Emmanuel Macron Saturday dispatched the interior minister to meet the driver's widow after his death was announced Friday. He had been hospitalized in critical condition.

Veronique Monguillot said she told the minister, Gerald Darmanin, that she and their three daughters were "destroyed” by the July 5 attack on her husband at a bus stop in Bayonne, southwest France.

"We must bang a fist on the table, so this never happens again,” she said. "It's barbaric, not normal. We must stop this massacre."

The Bayonne prosecutor said Monguillot was assaulted after he asked four passengers on his No. 810 bus to wear face masks, which are required aboard French public transport because of the coronavirus pandemic. He was insulted, pushed off the bus and violently beaten and kicked in the head, the prosecutor said.

Four people are in custody.

"This bus driver was only doing his job,” Darmanin said. "He left his home in the morning and did not come back, leaving a widow and three orphan girls. It is an absolutely odious act."

France has had over 208,000 confirmed infections and over 30,000 virus-related deaths, according to a tally by Johns Hopkins University. Experts say the true toll is higher, due to testing limitations and missed mild cases.