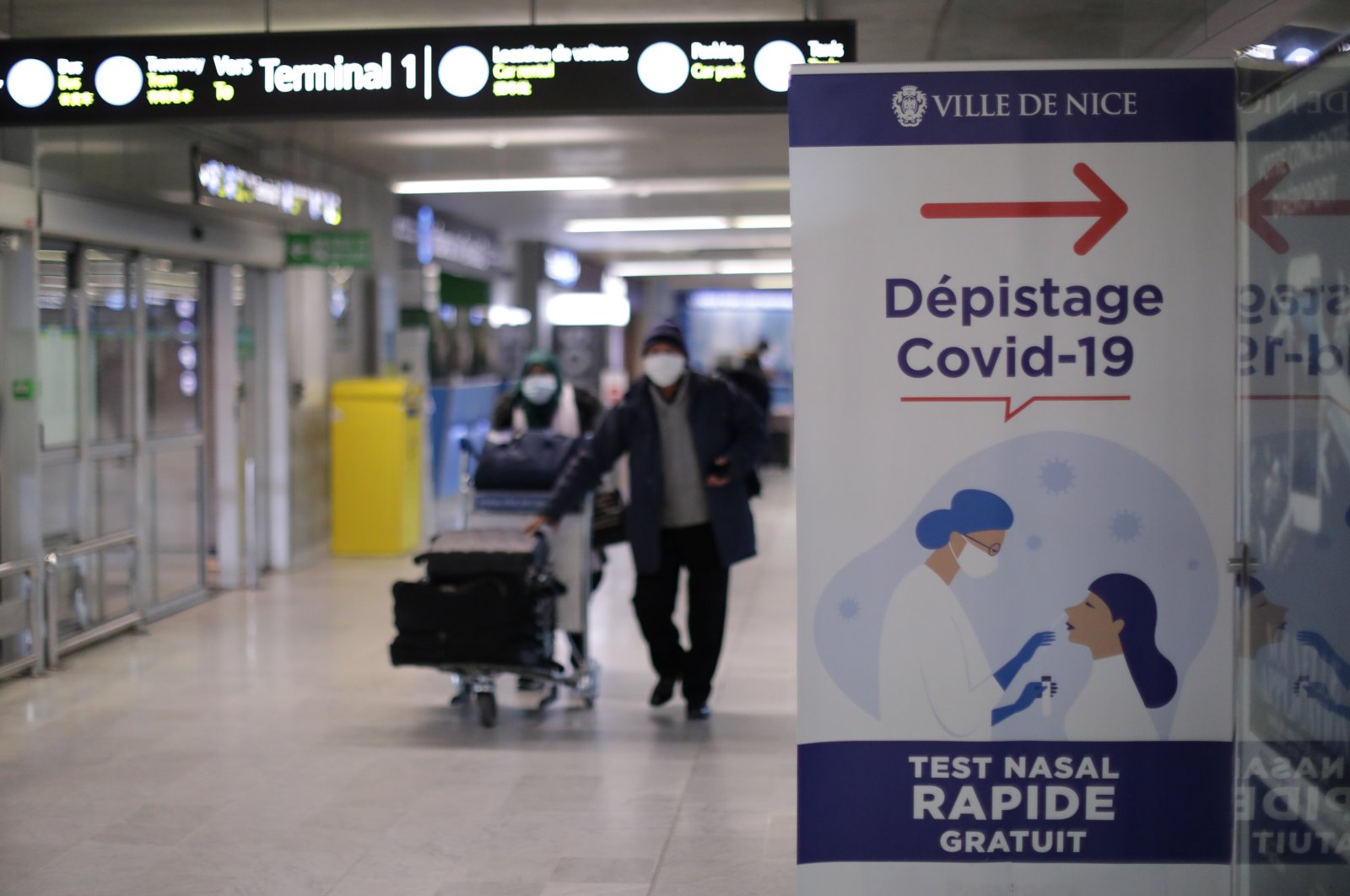 A sign showing the way to the coronavirus testing center at the Nice international airport as France closed its borders to travelers outside of the European Union due to restrictions against the spread of COVID-19, France, Feb. 1, 2021. (Reuters Photo)
by French Press Agency - AFP Feb 01, 2021 5:17 pm
RECOMMENDED

The warning from Europol comes after police busted several suspects selling forged certificates declaring people COVID-19 negative at airports in Britain and France as well as online and through mobile messaging chat groups in Spain and the Netherlands.

Many EU countries and others now require proof that passengers are not infected by the disease, which has killed more than 2.2 million people around the world.

"As long as travel restrictions remain in place due to the pandemic, it is very likely that criminals will seize the opportunity of producing and selling fake Covid-19 test certificates," Europol said.

"Given the widespread technological means available in the form of high-quality printers and different software, fraudsters are able to produce high-quality counterfeit, forged or fake documents," the Hague-based police agency said.

"Intelligence suggests that in the UK, fraudsters were caught selling bogus Covid-19 test documents for 100 pounds, faking the name of a genuine laboratory on the false certificates," it added.

In one recent case, a man was arrested 10 days ago at Luton Airport in Britain on suspicion of selling fake COVID-19 papers.

In Spain, police arrested a man selling forged papers for 40 euros online, while in the Netherlands scammers were doing the same via mobile messaging applications.