‘This is not a game’: Global death toll from COVID-19 hits 2 million amid vaccine rollout 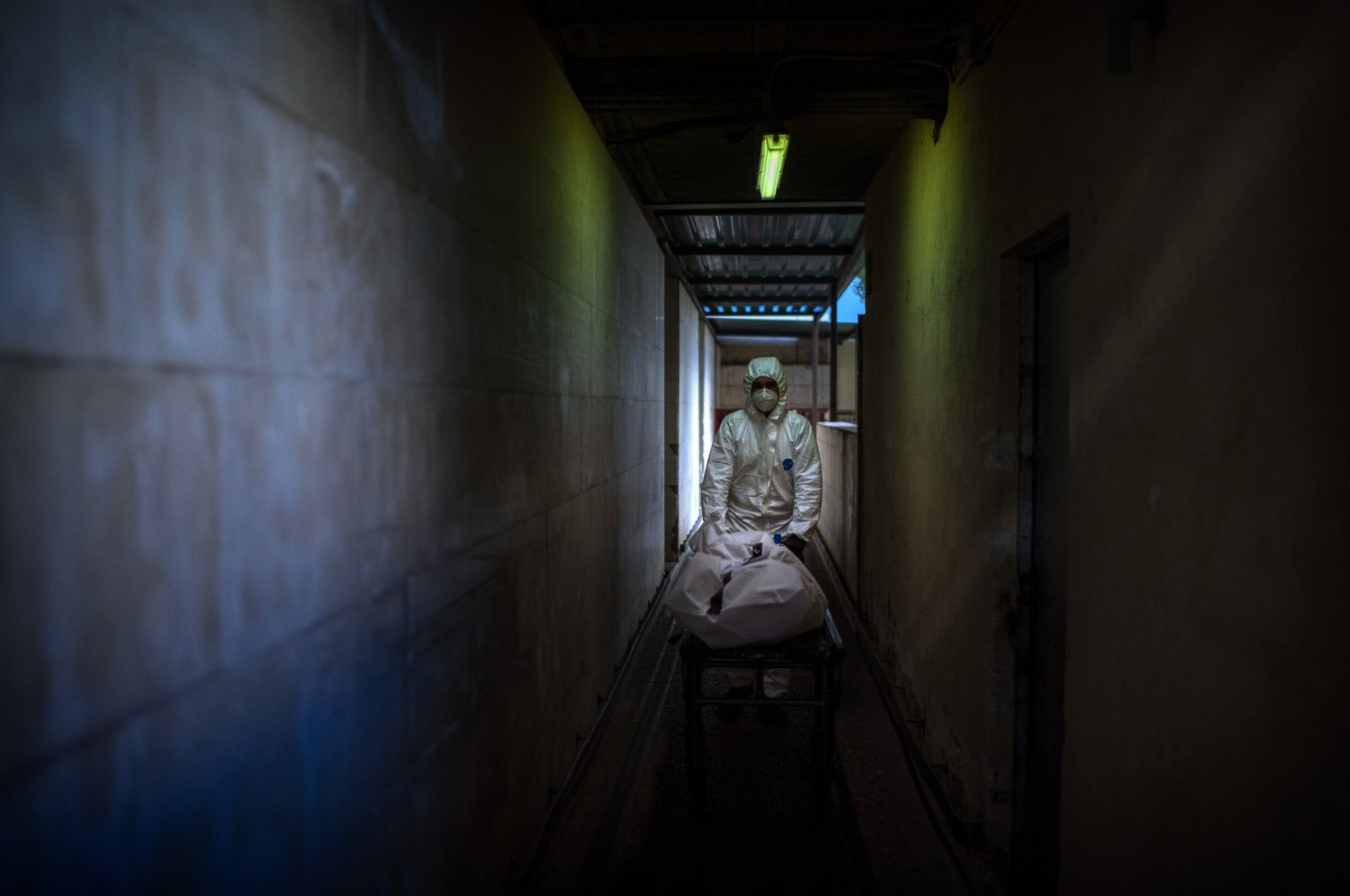 The global death toll from COVID-19 topped 2 million Friday, crossing the threshold amid a vaccine rollout so immense but so uneven that in some countries there is real hope of vanquishing the outbreak, while in other, less-developed parts of the world, it seems a far-off dream.

The numbing figure was reached just over a year after the coronavirus was first detected in the Chinese city of Wuhan. The number of dead, compiled by Johns Hopkins University, is about equal to the population of Brussels, Mecca, Minsk or Vienna.

“There’s been a terrible amount of death," said Dr. Ashish Jha, a pandemic expert and dean of Brown University’s School of Public Health. At the same time, he said, "our scientific community has also done extraordinary work.”

In wealthy countries including the United States, Britain, Israel, Canada and Germany, millions of citizens have already been given some measure of protection with at least one dose of the vaccine developed with revolutionary speed and quickly authorized for use.

Elsewhere, however, immunization drives have barely gotten off the ground. Many experts are predicting another year of loss and hardship in places like Iran, India, Mexico and Brazil, which together account for about a quarter of the world's deaths.

“As a country, as a society, as citizens, we haven’t understood,” lamented Israel Gomez, a Mexico City paramedic who spent months shuttling COVID-19 patients around by ambulance, desperately looking for vacant hospital beds. “We have not understood that this is not a game, that this really exists.”

Mexico, a country of 130 million people that has suffered mightily from the virus, has received just 500,000 doses of vaccine and has put barely half of those into the arms of health care workers.

That’s in sharp contrast to the situation for its wealthier northern neighbor. Despite early delays, hundreds of thousands of people are rolling up their sleeves every day in the United States, where the virus has killed about 390,000, by far the highest toll of any country.

While vaccination drives in rich countries have been hamstrung by long lines, inadequate budgets and a patchwork of state and local approaches, the obstacles are far greater in poorer nations, which can have weak health systems, crumbling transportation networks, entrenched corruption and a lack of reliable electricity to keep vaccines cold enough.

Just getting supplies of the shots might be the biggest hurdle in such places.

The majority of the world’s COVID-19 vaccine doses have already been snapped up by wealthy countries. COVAX, a United Nations-backed project to supply shots to developing parts of the world, has found itself short of vaccine, money and logistical help.

As a result, the World Health Organization’s chief scientist warned it is highly unlikely that herd immunity, which would require at least 70% of the globe to be vaccinated, will be achieved this year. As the disaster has demonstrated, it is not enough to snuff out the virus in a few places.

“Even if it happens in a couple of pockets, in a few countries, it’s not going to protect people across the world,” Dr. Soumya Swaminathan said this week.

Health experts fear, too, that if shots are not distributed widely and fast enough, it could give the virus time to mutate and defeat the vaccine – “my nightmare scenario,” as Jha put it.

U.N. Secretary-General Antonio Guterres said the terrible number of deaths “has been made worse by the absence of a global coordinated effort.” He added, “Science has succeeded, but solidarity has failed.”

Meanwhile, in Wuhan, where the scourge was discovered in late 2019, a global team of researchers led by the WHO arrived Thursday on a politically sensitive mission to investigate the origins of the virus, which is believed to have spread to humans from wild animals.

The Chinese city of 11 million people is bustling again, with few signs it was once the epicenter of the catastrophe, locked down for 76 days, with over 3,800 dead.

“We are not fearful or worried as we were in the past,” said Qin Qiong, a noodle shop owner. “We now live a normal life. I take the subway every day to come to work in the shop ... Except for our customers, who have to wear masks, everything else is the same.”

It took eight months to hit 1 million dead but less than four months after that to reach the next million.

While the death toll is based on figures supplied by government agencies around the world, the real number of lives lost is believed to be significantly higher, in part because of inadequate testing and the many fatalities inaccurately attributed to other causes, especially early in the outbreak.

“What was never on the horizon is that so many of the deaths would be in the richest countries in the world,” said Dr. Bharat Pankhania, an infectious diseases expert at Britain’s University of Exeter. “That the world’s richest countries would mismanage so badly is just shocking.”

In rich and poor countries alike, the crisis has devastated economies, thrown multitudes out of work and plunged many into poverty.

In Europe, where more than a quarter of the world's deaths have taken place, strict lockdowns and curfews have been reimposed to beat back a resurgence of the virus, and a new variant that is believed to be more contagious is circulating in Britain and other countries, as well as the U.S.

Even in many of the wealthiest countries, vaccination drives have been slower than expected. France, with the second-largest economy in Europe and more than 69,000 known virus deaths, will need years, not months, to vaccinate its 53 million adults unless it sharply speeds up its rollout, hampered by shortages, red tape and considerable suspicion of the vaccines.

Still, in places like Poissy, a blue-collar town west of Paris, the first shots of the Pfizer formula were met with relief and a sense that there is light at the end of the pandemic tunnel.

“We have been living inside for nearly a year. It’s not a life,” said Maurice Lachkar, a retired 78-year-old acupuncturist who was put on the priority list for vaccination because of his diabetes and his age. “If I catch the virus, I am done.”

Maurice and his wife, Nicole, who also got vaccinated, said they might even allow themselves hugs with their two children and four grandchildren, whom they have seen from a socially safe distance only once or twice since the pandemic hit.

“It is going to be liberating,” he said.

Throughout the developing world, the images are strikingly similar: rows and rows of graves being dug, hospitals pushed to the limit and medical workers dying for lack of protective gear.

In Peru, which has the highest COVID-19 fatality rate in Latin America, hundreds of health care workers went on strike this week to demand better pay and working conditions in a country where 230 doctors have died of the disease. In Brazil, authorities in the Amazon rainforest's biggest city planned to transfer hundreds of patients out because of a dwindling supply of oxygen tanks that has resulted in some people dying at home.

In Honduras, anesthesiologist Dr. Cesar Umaña is treating 25 patients in their homes by phone because hospitals lack the capacity and equipment.

“This is complete chaos,” he said.