Expectations from START treaty as US, Russia recommit 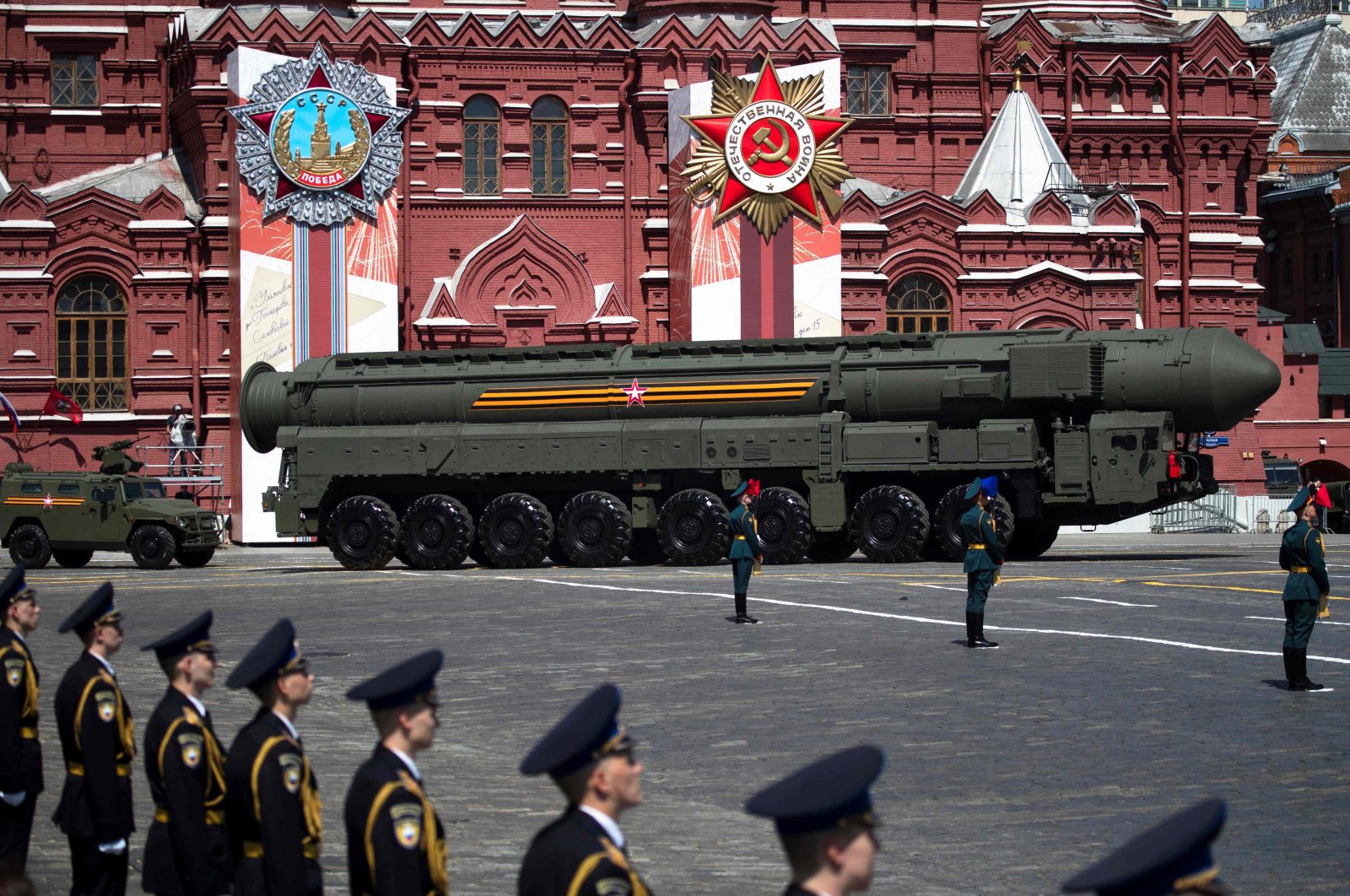 Russia and the U.S. announced on Feb. 3 the extension of the Strategic Arms Reduction Treaty (New START) for five years until Feb. 5, 2026.

Once part of a larger group of agreements on weapons control between America and the Soviet Union, and later Russia, New START is the last pillar preventing the two countries from relapsing into a new Cold War and unleashing a full-fledged arms race.

"It was seen as a ground-breaking event, and along with achieving other agreements – on limitation of deployed anti-ballistic missiles (ABM Treaty), the ban of intermediate-range nuclear forces (INF Treaty) and aerial inspections (Open Skies) – led to a significant ease of tensions, ended the Cold War, arms race and decreased global military risks," military observer Viktor Litovkin said in an interview with Anadolu Agency (AA).

In recent years, the U.S. withdrew from three of the treaties, and during the Trump administration, the issue of expanding START's successor agreement – New START signed in 2010 by U.S. President Barack Obama and Russian President Dmitry Medvedev – remained uncertain, said the expert.

The decision by U.S. President Joe Biden, who recently vowed that the U.S. won't "roll over to Russia anymore," to extend the treaty for the next five years not only prolongs arms control, but it is perceived as a sign that Washington has returned to a more responsible position in global affairs, stepping back from Trump's line of denying U.S. obligations to other international players, Litovkin said.

"As for the New START's importance, it is enough to say it maintains strategic stability between the two leading nuclear powers, which are armed with the largest number of strategic nuclear weapons. Almost 90% of the world's nuclear weapons are accounted for by the U.S. and Russia," he said.

Preserving the agreement allows Moscow and Washington to control the development of each other's strategic nuclear forces through a cross-check verification mechanism. Both countries appoint teams of on-site inspectors that have the opportunity to visit missile sites, see what is happening and determine whether the weapons are preparing to launch an attack, which lifts some mutual concerns and suspicions, and decrease military risks, he said.

"Before testing a missile, both sides must notify each other at least 24 hours in advance so that neither the U.S. nor Russia would be alarmed that the missile is flying toward one or the other country, that a war is beginning," he said.

Without hindering the creation of new missile systems, the treaty limits the number of nuclear weapons in use and obliges each side to show each other new weapons before putting them into service, providing necessary transparency, Litovkin said.

Also, the agreement creates an opportunity for further dialogue on sensitive topics that worry the signatories, he said.

"This treaty allows us to be fairly open and gives the opportunity to start negotiations on issues that concern both sides, strategic and tactical weapons – treaties from which the Americans withdrew – on intermediate and shorter-range missiles, Open Skies. It is possible to negotiate and return to these agreements.

"This is the continuation of control over the most terrible and powerful weapons that can turn our planet into dust and destroy civilization. This is the significance of this agreement, and that is why there is such agitation around it," Litovkin said.

The treaty simply preserves the status quo and is not aimed at detente between Moscow and Washington but it is the first event in a long time that does not escalate tensions between the two countries, military expert Pavel Felgengauer told AA.

The expansion of the treaty is not a signal that the U.S. and Russia are beginning a serious rapprochement and the extension itself cannot solve the problems that exist, mainly the loss of trust, he said.

"Nevertheless, both the Pentagon and the Russian General Staff wanted to extend this agreement, but for different reasons. The U.S. cares about maintaining the verification regime – mutual on-site inspections of nuclear carriers, exchange of telemetry of test missiles launches and other sensitive information. Our General Staff is interested in extending New START because, without it, the Americans can deploy additional nuclear carriers in a short time," he said.

Although both sides want transparency, that does not change the fact that they consider each other an enemy. "Not that they are going to fight – they are not, but they are ready to balance on the brink of war," Felgengauer said.

Another problem is that the treaty is signed only for five years and does not provide for a further extension. "And it is not even clear whether it will last all these five years, because any of the parties can denounce it at any time, and the parties have lots of mutual claims.

"In particular, the U.S. insists on involving China, but there are other nuclear-armed countries. Then you need to bring them to negotiations as well. But given the difficulties that existed with the extension of the New START, signed between only two countries, the preparation and signing of another arms control agreement in just five years and between many countries seems almost unrealistic," Felgengauer said.

Signing a multinational arms control would be possible only if there was a strong political will of all participants, and there is no such will, so the creation of such a treaty is unlikely, he said.