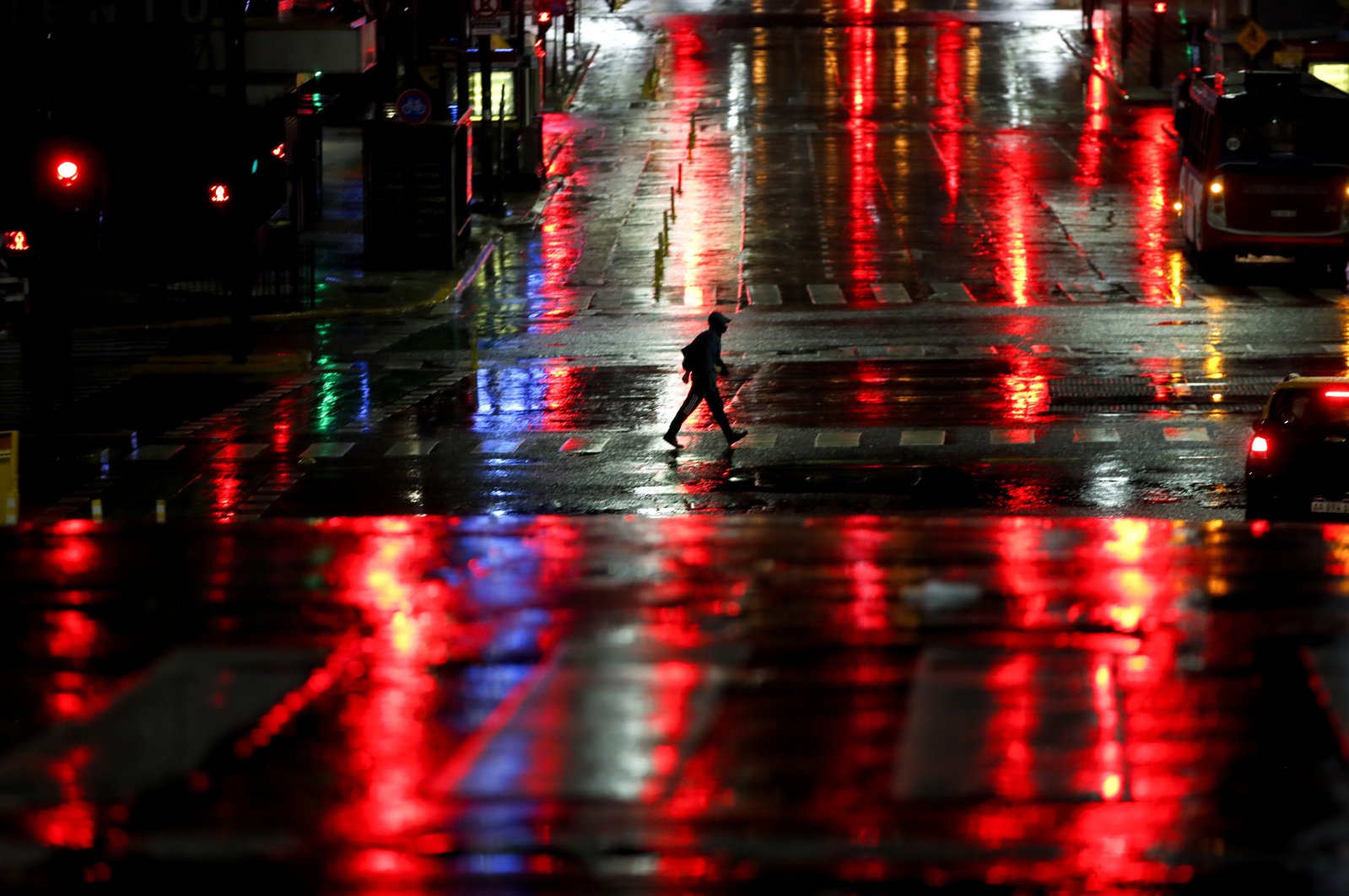 Tens of millions of people around the globe went into new lockdowns Saturday amid surges in COVID-19 infections and concerns over vaccine shortages and side effects.

In India, the worst-hit state of Maharashtra was running out of vaccines as the health system buckled under the weight of the contagion, which has killed 2.9 million people worldwide.

Having let its guard down with mass religious festivals, political rallies and spectators at cricket matches, the world's second-most populous nation has added more than a million new infections since late March.

Every weekend from Saturday until the end of April, Maharashtra's 125 million people will be confined to their homes unless traveling or shopping for food or medicine.

"I'm not for the lockdown at all but I don't think the government has any other choice," media professional Neha Tyagi, 27, told Agence France-Presse (AFP) in Maharashtra's megacity Mumbai.

"This lockdown could have been totally avoided if people would take the virus seriously."

The crisis is being exacerbated by a shortage of vaccines.

India has so far inoculated 94 million of its 1.3 billion people, but The Times of India reported Friday that states on average had just over five days of stock left, citing health ministry data, with some regions already grappling with severe shortages.

Stay-at-home orders were also set to come into force for the eight million inhabitants of Bogota, as the Colombian capital battled a third wave of infections, adding to curfews already covering seven million across four other major cities.

Elsewhere in South America, Argentina entered a night-time curfew Friday running from midnight to 06:00 a.m. every day until April 30.

It will be in force in the country's highest-risk areas, mainly urban centers, where bars and restaurants will close at 11:00 p.m.

Both Argentina and Colombia have recorded about 2.5 million coronavirus cases, numbers surpassed only by Brazil in the region.

All of France is subject to restrictions of some form, while the German government's attempts to curb movement and commerce have been stymied by several states refusing to go along with the proposals.

Now Berlin is changing the rules to centralize power, adjustments likely to usher in night-time curfews and some school closures in especially hard-hit areas.

But some countries were in the process of opening up.

Italy was set to end lockdowns from next week for Lombardy, the epicenter of its coronavirus pandemic, and several other regions with improving contagion statistics.

As in India, Europe's stuttering vaccine rollout faced multiple hurdles Friday as EU regulators said they were reviewing side effects of the Johnson & Johnson shot and France further limited its use of the AstraZeneca jab.

France has repeatedly changed the rules on AstraZeneca's vaccine, first over doubts about its efficacy, then over fears that it could be linked to blood clots.

On Friday, it did so again, with Health Minister Olivier Veran saying under-55s who had been given a first shot with AstraZeneca would be given a different vaccine for their second dose.

But shortly after he spoke, the World Health Organization said there was "no adequate data" to support switching COVID-19 vaccines between doses.

As for the J&J shot, the European Medicines Agency said four "serious cases" of unusual blood clots had been reported – one of them fatal – with the vaccine, which uses similar technology to the AstraZeneca one.

The U.S. Food and Drug Administration (FDA) said it had found no causal link between the jab and clots, but noted "a few individuals" in the country had clots and low levels of platelets in the blood after receiving the vaccine, and its investigation was continuing.

Both jabs are approved for use in the European Union but the J&J vaccine has not yet been rolled out, and various EU countries have stopped or limited the use of AstraZeneca.

An AstraZeneca spokesman said half of its vaccine shipments to the EU would be delayed this week.

In the United States, deliveries of the J&J vaccine were set to drop off sharply next week, U.S. health authorities warned Friday.

And in badly hit Brazil, the Senate said it would open an inquiry into the government's handling of the pandemic, as President Jair Bolsonaro continued to resist lockdown measures even with COVID-19 deaths at new records.

Yet Rio de Janeiro on Friday was reversing restrictions in place for two weeks, reopening restaurants and bars, though the city's famed beaches remained closed.