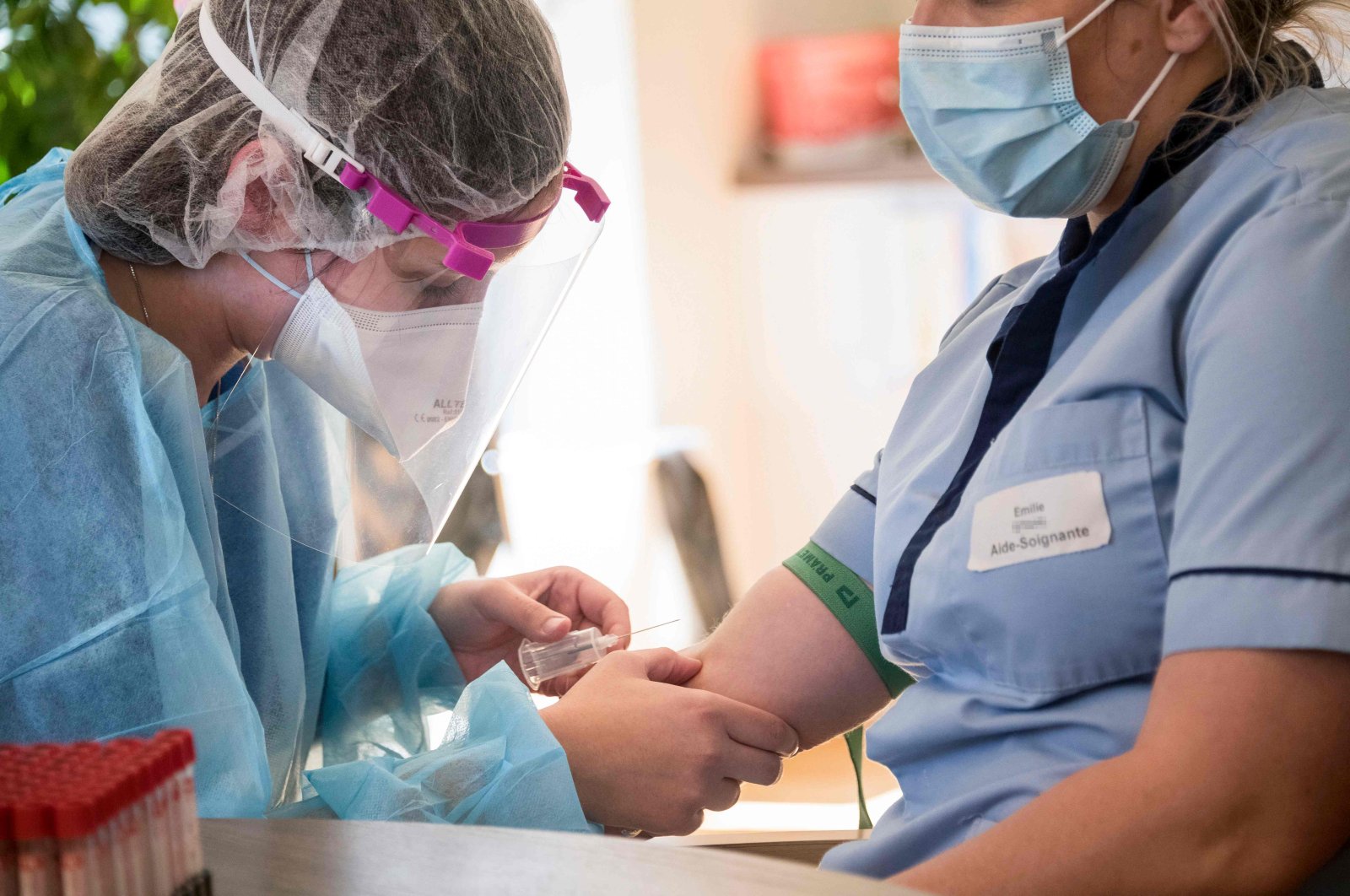 The number of coronavirus cases across the globe has reached 2 million and more than 124,000 have died in the most serious pandemic of the past century.

The U.S. has become the epicenter of the pandemic with more than 610,000 confirmed novel coronavirus cases with a death toll of over 26,000, according to Worldometer.

Chinese scientists have started the second phase of a clinical trial of a COVID-19 vaccine in the hardest-hit city of Wuhan in central China’s Hubei Province. China’s Central Television reported 273 out of 500 volunteers have been injected with the vaccine candidate.

The first phase of the vaccine clinical trial focused on its safety, while the second phase studies its efficacy.

China reported 46 new virus cases on Wednesday, 36 of them from overseas. Eight of the domestic cases were in Heilongjiang province bordering Russia, where authorities have been rushing to stem a new outbreak among those traveling back to China.

US may need social distancing until 2022, study warns

The United States may need to endure social distancing measures adopted during the coronavirus outbreak until 2022, according to researchers at the Harvard School of Public Health.

"Intermittent distancing may be required into 2022 unless critical care capacity is increased substantially or treatment or vaccine becomes available," the Harvard researchers said in findings published Tuesday in the journal Science.

Giving examples of South Korea and Singapore, the researchers wrote that effective distancing could reduce the strain on health care systems and enable contact tracing and quarantine to be feasible.

New Zealand's top officials are taking a 20% pay cut for six months in acknowledgment of the community’s sacrifices in dealing with the coronavirus.

Prime Minister Jacinda Ardern says it applies to government ministers, chief executives of government organizations and also that opposition leader Simon Bridges had volunteered to join them. She said it wouldn’t apply to any front-line staff like doctors or nurses.

Ardern’s salary of $286,000 is a comparatively high amount for a country with only 5 million people.

Voters wore masks and moved slowly between lines of tape at polling stations after the government resisted calls to postpone South Korea's parliamentary elections, seen as a midterm referendum on President Moon Jae-in.

Long lines and record-high participation in early voting seemed to defy expectations of low voter turnout in the middle of a social-distancing campaign to slow infections.

President Donald Trump has directed a halt to U.S. payments to the World Health Organization pending a review of its warnings about the coronavirus and China.

He said the world depends on WHO to make sure accurate information about health threats are shared in a timely manner. Trump claims the organization failed to carry out its "basic duty” and must be held accountable.

Singapore has made masks mandatory for everyone, following a sharp spike in new cases. Most people not wearing masks could be fined $212, while repeat offenders could face stiffer penalties.

Infections in the tiny city-state have surged beyond 3,200 after two straight days of sharp increases. Many were among foreign workers living in crowded dormitories, and authorities are trying to test the workers more and reduce crowding.

Australia’s prime minister is urging teachers to keep schools open for the sake of children’s education and the economy.

Morrison says that learning at home is not an option for some children and that parents should not have to choose between holding down a job or caring for their families.

France lost touch with 5% of students

French schools have lost touch with 5% of their students since they closed in mid-March to prevent the spread of COVID-19, Education Minister Jean-Michel Blanquer said on Wednesday.

The shutdown of schools, which took effect on March 14, was causing "social damage" despite all the efforts at continuing distance learning online, Blanquer told LCI television.