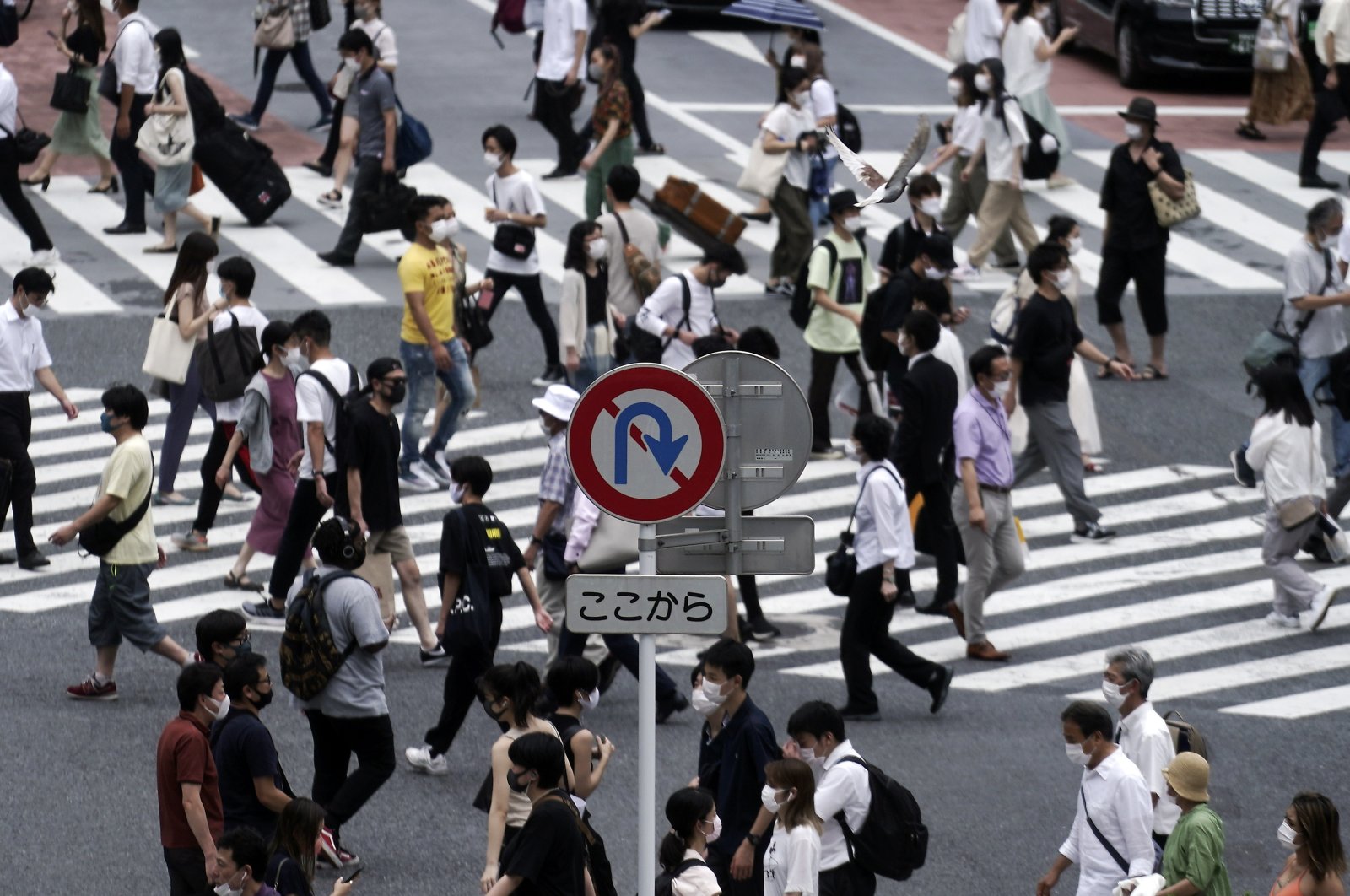 Near a No U Turn roads sign, people wearing masks against the spread of the new coronavirus walk at Shibuya pedestrian crossing in Tokyo Tuesday, July 21, 2020. (AP Photo)
by French Press Agency - AFP
Jul 25, 2020 9:25 am

Governments are fast losing support for their handling of the coronavirus outbreak from a public that widely believes death and infection figures to be higher than statistics show, a survey of six countries revealed Saturday.

Support for the federal government of the United States, the country with the most reported infections and deaths, dropped by four%age points from mid-June, with 44% of respondents declaring themselves dissatisfied, said a report by the Kekst CNC communications consulting group.

In the United Kingdom, just over a third of respondents approved of their government's actions, a three-point decline in one month, according to the report, based on an opinion poll conducted over five days in mid-July.

"In most countries this month, support for national governments is falling," the report said.

The notable exception was France, where approval rose by six percentage points, yielding a dissatisfaction rate of 41%.

France, which has the world's seventh-highest COVID-19 toll, has all but emerged from lockdown but has seen infections increase in recent days, prompting the government to order face masks in all enclosed public spaces.

In Sweden, which took a controversial soft approach to lockdown and has a higher toll than its neighbors, the prime minister's approval rating has shrunk from a positive 7% to a neutral zero, the poll found.

People who participated in the survey — 1,000 per country polled — generally believed the coronavirus to be more widespread, and more deadly, than official figures show.

"Despite relatively low incidence rates compared to earlier in the pandemic in most countries (with the exception of the U.S.), people significantly overestimate the spread and fatality rate of the disease," Kekst CNC said.

In Sweden and Britain, the public believed that 6-7% of people have died from the coronavirus, about 100 times the reported rate.

In the U.S., respondents estimated that almost a tenth of the population had died of the virus, more than 200 times the real toll, while Germans thought their tally was 300 times higher than what has been reported.

Such views, said the report, "will be impacting consumer behavior and wider attitudes — business leaders and governments will need to be conscious of this as they move to restart economies and transition into living with coronavirus for the medium to longer term."

The poll also revealed that fear of a second outbreak wave is growing, and that an ever larger number of people believe the impacts will last for more than a year.

People "are becoming resigned to living with coronavirus for the foreseeable future, and looking to leaders and business to pave the way forward," the report said.

They are also increasingly likely to prioritize limiting the spread of the virus even if the economy suffers.

"In the U.S., 54% want the government to prioritize limiting the spread of the virus over protecting the economy," it said.

The poll found that mask-wearing was generally popular, except in Sweden, where only about 15% of people sport a face-covering in public.

Even in the U.S., where mask-wearing has become a politically polarizing issue, 63% of respondents said they were in favor.