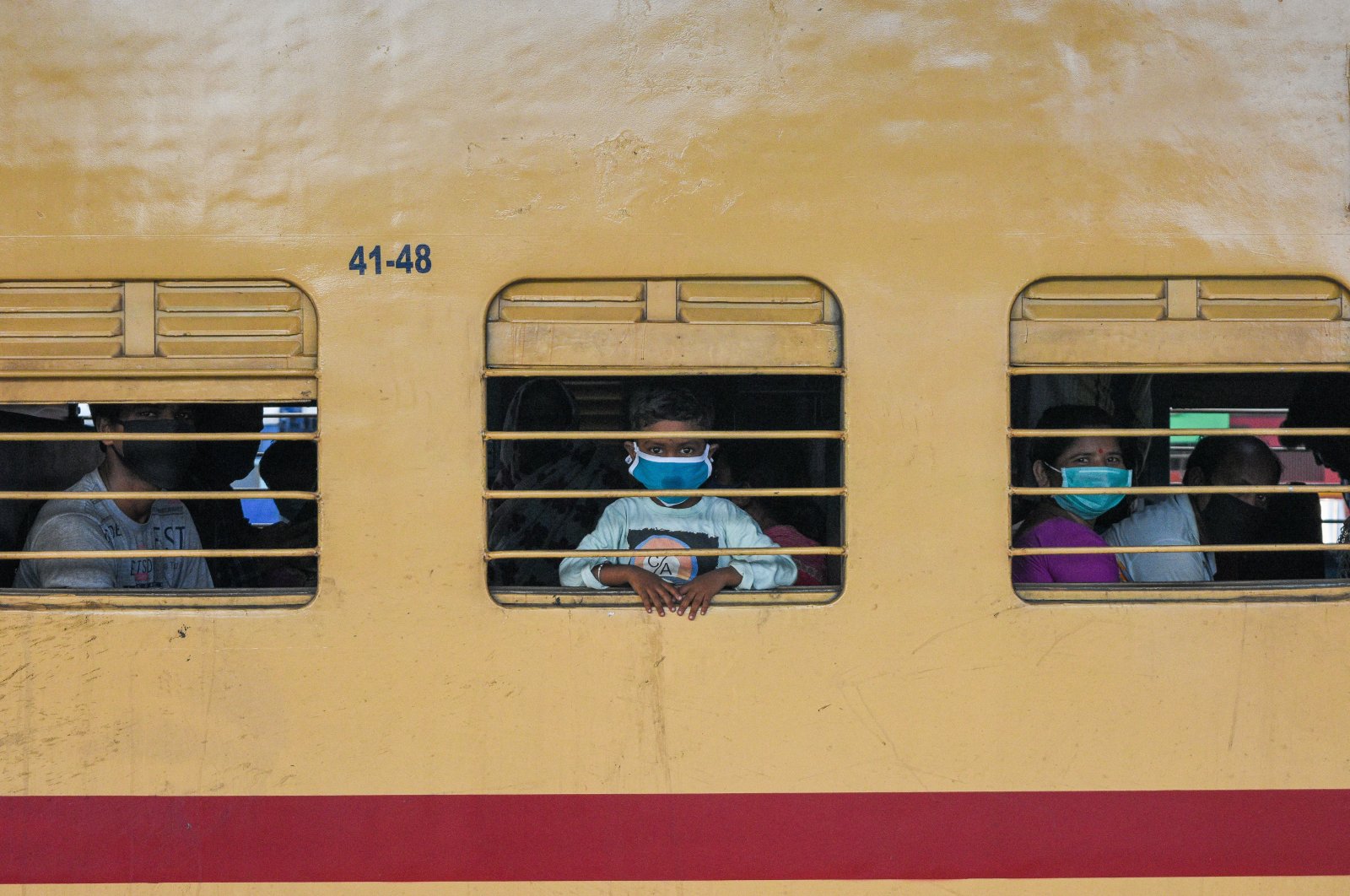 People wait to disembark a train that brought stranded citizens of Bengal from Vellore in South India, Kolkata, India, May 15, 2020. (ABACAPRESS.COM Photo via Reuters)
by French Press Agency - AFP Jun 17, 2020 8:59 am
RECOMMENDED

India's official coronavirus death toll leaped by more than 2,000 to reach 11,903 on Wednesday as Germany advised its nationals to consider leaving the country because of growing health risks.

Mumbai revised its toll up by 862 to 3,165 because of unspecified accounting "discrepancies" while New Delhi saw a record jump of more than 400 deaths, taking its total to more than 1,800.

It was not immediately clear how many of the deaths had occurred in the past 24 hours and how many were from adjustments over a longer period.

The pandemic has badly hit India's densely populated major cities and Chennai ordered a new lockdown from Friday because of a surge in cases.

Elsewhere, lockdowns are gradually being eased because of the damage they have caused the economy.

India, the fourth-worst-hit country in the world by cases, has now recorded 354,065 cases, according to official figures.

Experts say the figure is much higher and have called for more widespread testing.

With hospitals in several cities now struggling to keep up with the pandemic, Germany became the first country to warn its nationals about staying in the country.

The German foreign ministry sent a message to nationals in India saying it "recommends that you and your families seriously consider whether a temporary return to Germany or another country with an assured health care system makes sense."

The note said that while the lockdown was being eased "unlike in Europe, case numbers are still rising strongly. This increases considerably the risk of infection."

The embassy said its medical experts believed that people with the coronavirus and other serious medical needs have "no or very little chance of being admitted to hospitals. This increases considerably the health risks of a stay in India."

Hospitals in Mumbai have been overwhelmed by coronavirus cases, while the government has sent specially adapted railway carriages to Delhi and authorities have taken over hotels and banquet halls to put coronavirus patients.