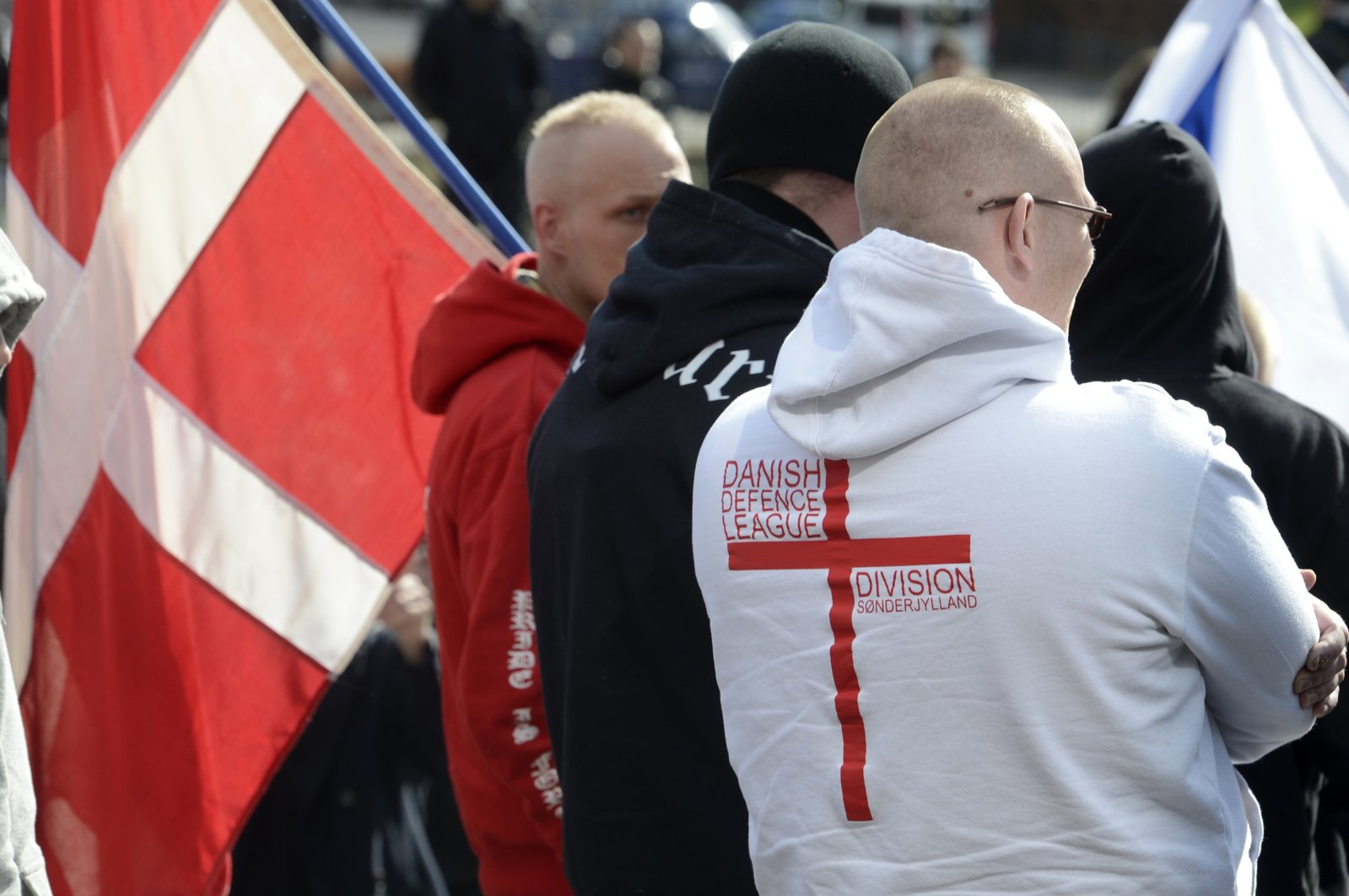 Members of the extremist Danish Defence League gather during a demonstration of right-wing protestors in Aarhus, March 31, 2012. (Reuters Photo)
by daily sabah Sep 10, 2020 10:51 am
Edited By Mustafa Kırıkçıoğlu
RECOMMENDED

A far-right Danish group burned the holy Quran in an unauthorized demonstration in an area dominated by Turkish and Muslim immigrants in the capital of Sweden, a report said Thursday.

Danish Hard Line (Stram Kurs) party members had sought permission from Swedish authorities to burn the Quran in Stockholm’s Rinkeby, Fittja, Alby, Husby and Upplansveby neighborhoods, where Turkish and Muslim immigrants live, Anadolu Agency (AA) said. However, Swedish police refused to grant them permission, but the far-right group went ahead and burned the Muslim holy book and broadcast it on social media outlets.

In the video, racist party members are seen pouring gasoline on the Quran then setting it on fire in the Rinkeby neighborhood.

They immediately left the area after this provocation.

This was not the first time the Quran was burnt or desecrated by racist extremists in Europe.

The leader of Hard Line, Rasmus Paludan, burned a copy of the Quran in Malmo last month. A riot then broke out in the city, where at least 300 people had gathered to protest against anti-Islam activities.

Protesters were throwing objects at police officers and car tires had been set on fire, a police spokesperson said.

Daily Aftonbladet said several anti-Islam activities had taken place in Malmo, including three men kicking a copy of the Quran between them in a public square.

An anti-Muslim rally was also held by the Islamophobic group Stop Islamization of Norway (SIAN) near the Norwegian parliament in August.

A scuffle took place after a female protester held up a copy of the Muslim holy book and ripped some pages out.

Turkey condemned both incidents, saying such acts fan the flames of anti-Muslim hatred and urged European governments to take concrete action against Islamophobia.

The year 2019 distinguished itself greatly by cold and ruthless Islamophobic terror attacks in places such as New Zealand’s Christchurch, Germany, the U.K., France and Norway.

Mosques have been targeted all across Europe, resulting in deaths and injuring dozens.

Some European governments work hard to track and neutralize far-right terrorist groups. On the other hand, they participate in the normalization of Islamophobic conversations in Europe through discriminative declarations, bills and security policies targeting Muslims.