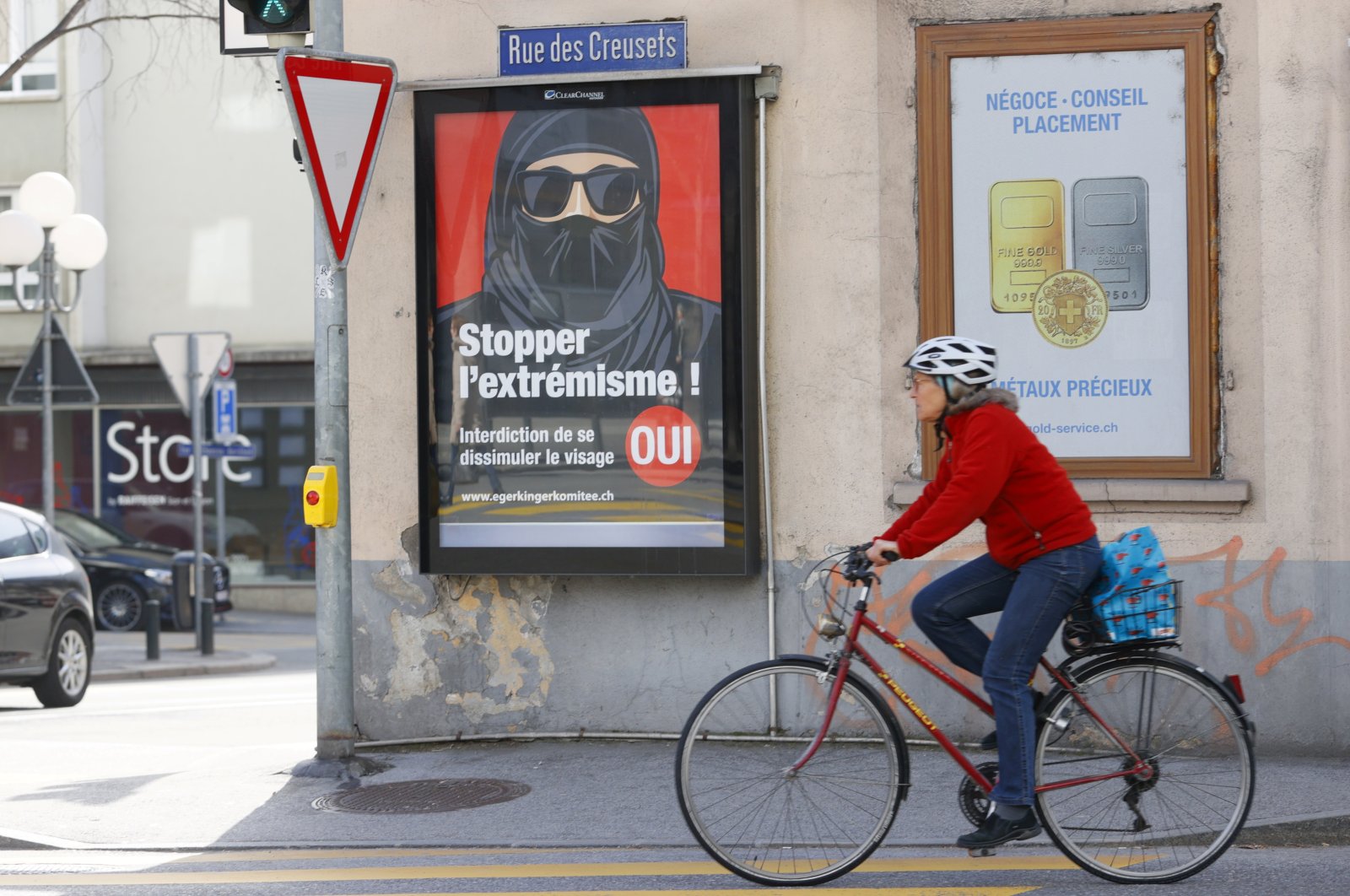 Islamophobia has been a growing issue in Europe in recent times and a referendum on face veils in Switzerland, which is planned to be held on March 7, seems set to only add fuel to the racist fire and further cause divisions and harm to Muslims in Europe.

"Stop Extremism!" urges a red billboard in a quiet village outside Zurich above an image of a scowling woman wearing a black headscarf and face veil.

The billboard is part of a campaign by the far-right Swiss People's Party (SVP) to ban face coverings in public and which will be voted on in a binding national referendum on Sunday. Opinion polls suggest most Swiss will back it and the ban will become law.

"In Switzerland our tradition is that you show your face. That is a sign of our basic freedoms," said Walter Wobmann, an SVP member of parliament and chairman of the referendum committee.

The proposal predates the global COVID-19 pandemic, which has seen all adults forced to don masks in many settings to prevent the spread of infection. It gathered the necessary support to trigger a referendum in 2017.

It does not mention Islam directly, and also aims to stop violent street protesters and football hooligans wearing masks. Still, local politicians, media and campaigners have dubbed it the “burqa ban.”

Wobmann said the vote was not against Islam itself, but added, "the facial covering is a symbol for this extreme, political Islam which has become increasingly prominent in Europe and which has no place in Switzerland."

France banned wearing a full-face veil in public in 2011 and Denmark, Austria, the Netherlands and Bulgaria have full or partial bans on wearing face coverings in public.

No one in Switzerland wears a burqa and only around 30 women wear the niqab, the University of Lucerne estimates. Muslims make up 5.2% of the Swiss population of 8.6 million people, with most having their roots in Turkey, Bosnia and Kosovo.

Swiss Muslims have said right-wing parties were using the vote to rally their supporters and demonize them and others have warned a ban could stoke wider divisions.

"The niqab is a blank sheet which allows people to project their fears onto it," said Andreas Tunger-Zanetti, manager of Lucerne University's Centre for Research on Religion.

"But ... you are very unlikely to meet someone on a Swiss street wearing one."

He said a ban risked cementing Switzerland's image as anti-Islamic and could create resentment amongst some Muslims.

Rifa'at Lenzin, 67, a Swiss Muslim woman, said she was totally against the ban, which was tackling a problem that didn't exist, in a country where Muslims were well integrated.

"Changing the constitution to tell people what they can and cannot wear is a very bad idea ... This is Switzerland, not Saudi Arabia."

"We are Muslims but we are Swiss citizens who have grown up here too," Lenzin said. "This vote is simply racist and Islamophobic."