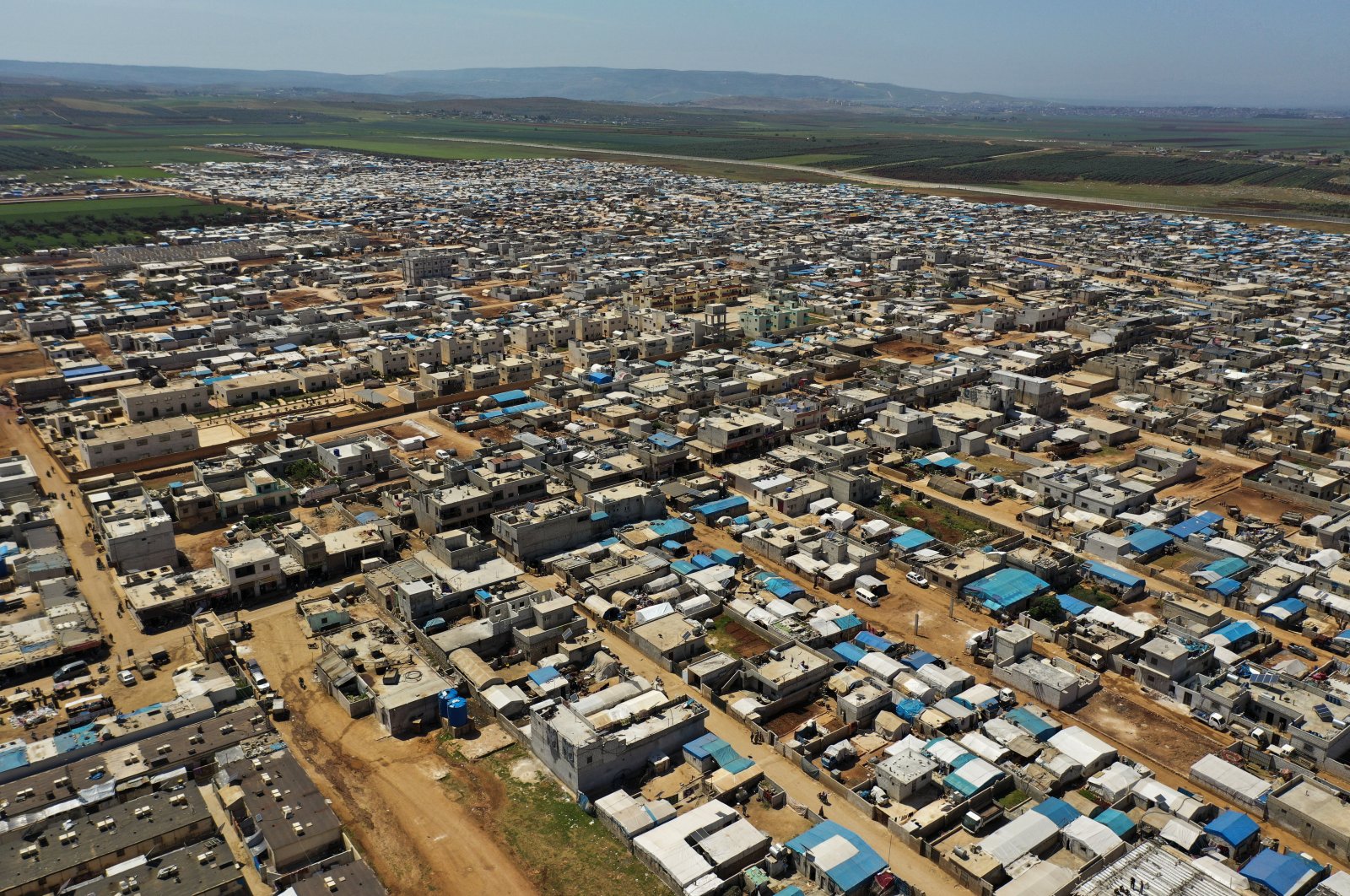 Over 70 million people worldwide have been driven from their homes by war and unrest, up to 10 million are packed into refugee camps and informal settlements, and almost none have been tested for the novel coronavirus.

While the relative isolation of many camps may has slowed the virus' spread, none is hermetically sealed. Without testing, as the world has seen repeatedly, the virus can spread unchecked until people start showing symptoms. That could have catastrophic results among the world's refugees: There will be few if any intensive care beds or ventilators for them. There might not even be gloves or masks.

"Testing is in short supply even in New York and Norway, but it is nonexistent in most of the countries in the (global) south for the people we try to help,” Jan Egeland, the head of the Norwegian Refugee Council, told The Associated Press (AP).

His group recently conducted a review of all 30 countries where it operates and found virtually no testing before people became sick.

In Syria's war-ravaged Idlib province, only one small health facility is equipped to receive suspected coronavirus cases. In the world's largest refugee camp, in Bangladesh, aid workers are racing to build isolation facilities. In two sprawling camps in Kenya, Somalis who survived decades of famine and war fear the worst is yet to come.

"If it’s killing people daily in America, then what do you think will happen to us?” asked Mariam Abdi, a vegetable vendor in Kenya's Dadaab camp, where 217,000 people live in endless rows of tents. "We will all perish.”

Western countries, which by then may have contained their own outbreaks, will have to reckon with the fact that if the virus finds refuge among the world’s most vulnerable, it could return anytime.

Some refugee camps have been around so long they have apartment blocks and paved roads. Others are little more than clusters of tents or abandoned buildings. In many, cramped conditions and poor infrastructure can make it impossible to practice social distancing and frequent hand-washing.

There are no official figures for the number of refugees who live in camps, but Egeland estimates they make up 10% to 15% of all refugees and displaced people, a population the U.N. estimates at over 70 million.

Refugees have already tested positive in Italy, Germany, Iran, Australia and Greece, where authorities said Tuesday that 150 people living in a quarantined hotel for asylum-seekers had contracted the coronavirus, and none displayed symptoms of COVID-19.

Most people who become infected experience mild to moderate symptoms. But the virus can cause severe illness and lead to death, particularly among older people and those with underlying health problems. It is highly contagious and can be spread by those who appear healthy.

'Miracle' that no cases have been found

The coronavirus has already appeared in Syria, where the decadelong civil war has displaced more than half of the population of 23 million. At least 350 health facilities have been bombed, mostly by the regime. More than 900 medical staff have been killed and countless more have fled.

No cases have been reported yet in Syria's northwestern Idlib province, the last bastion of opposition to Bashar Assad and where heavy fighting forced nearly a million people to flee their homes earlier this year.

Zaher Sahloul, a Syrian physician based in Chicago who heads MedGlobal, an international health NGO, calls that a "miracle.”

He notes that the entire province, which is home to 4 million people, has 98 ventilators, compared to 230 in the Advocate Christ Medical Center, where he is a critical care specialist. An outbreak would be "catastrophic,” he said.

The World Health Organization has sent 5,900 testing kits to Idlib, where they are being carefully rationed. Authorities have carried out around 200 tests so far, all of which came back negative.

In Jordan, the two largest camps for Syrian refugees have been sealed since last month. In Zaatari, which has about 80,000 residents, the Jordanian government conducted 150 random tests, all of which came back negative, said Dominik Bartsch, the head of U.N. refugee agency in Jordan. Residents of Azraq, home to about 40,000, will be tested soon.

"We don’t need the camp managers to tell us how serious the virus is. We see it in the news and read about it," said an anxious Massoud Ali, 35, who fled Syria for a camp in neighboring Iraq in October.

Nearly 5 million Venezuelans have fled economic chaos, crossing by foot and bus into neighboring Colombia and other countries.

Many live in crowded apartments in Bogota, which has the bulk of Colombia’s coronavirus cases, and work as street vendors – jobs now prohibited. During the capital city’s lockdown, many have been evicted from rentals and fined for being on the streets as they struggle to put food on the table.

'No doctors can save us'

There's been little if any testing in Cox's Bazar, in southern Bangladesh, where more than a million members of Myanmar's Rohingya Muslim minority are packed into the world's largest refugee camp.

Kate White, the emergency medical coordinator for Doctors Without Borders, said there is "very limited testing capacity" in Bangladesh, with most of it in the capital, Dhaka, some 250 miles (400 kilometers) away.

While cases have been reported in the district, none have been detected inside the camp. There, refugees still gather in large groups to collect aid, and humanitarian workers are preparing for the worst.

The U.N. refugee agency is building isolation and treatment centers that can house 150-200 patients. It is also distributing soap and talking about how to prevent the virus' spread, but a government ban on cellphone and internet services in the camps has hindered those efforts.

Sakina Khatun, who lives with her husband and seven children in a small bamboo and tarp hut, said "the virus will kill everything it touches” if it enters the camps. "No doctors can save us then.”

'It will certainly come back'

There's a similar sense of foreboding in conflict zones across Africa.

Burkina Faso is grappling with one of the world's fastest-growing displacement crises, with 800,000 people having fled attacks by terrorists in recent months.

"We ran away from the terrorists and came here, but now there’s the coronavirus, and we don’t know what will happen,” said Boureima Gassambe.

He and around 600 others have settled in an abandoned school on the outskirts of the capital, Ouagadougou. Twenty to 30 people stay in each room.

Aguirata Maiga says soap is so expensive for her – 40 cents a bar – that she has to choose between washing her children's hands and their clothes.

Burkina Faso's fragile health system has only 60 intensive care beds and a handful of ventilators, for a population of around 20 million people.

"That’s more than 10,000 people getting water from the same borehole,” said Kurt Tjossem of the International Rescue Committee.

There are also shortages of protective equipment, drugs and trained health workers.

There is no coronavirus testing at Kakuma or at the Dadaab camp, said the IRC’s Kenya health coordinator, John Kiogora. There are no intensive care units or ventilators, either.

The situation is even more dire inside Somalia, where more than 2.2 million people live in camps for the internally displaced. They have been uprooted by cycles of drought and the ever-present threat of al-Shabab, an al-Qaida-linked terrorist group.

The camps have no testing facilities or equipment to treat those who contract the virus, according to Yuko Tomita, an officer with the U.N. migration agency. Somalia has just 46 intensive care beds nationwide.

In South Sudan, more than 180,000 people still live in crowded U.N.-run camps after a five-year civil war that left the health system reliant on NGOs for almost all services.

"The reality is, if the virus presents itself, we have no choice,” said Charles Franzen, director of humanitarian and disaster response for World Relief. "Are we in a position to offer much in response other than having people just go home?”

"If the pandemic survives in Venezuela or in Honduras or any other of the more vulnerable countries ... it is a permanent risk for the United States," he said. "If the coronavirus is spread from Europe, via Turkey, to Idlib, and gains a stronghold there, it will certainly come back to Europe.”