1 dead, 226 injured as protesters clash with police in Lebanon 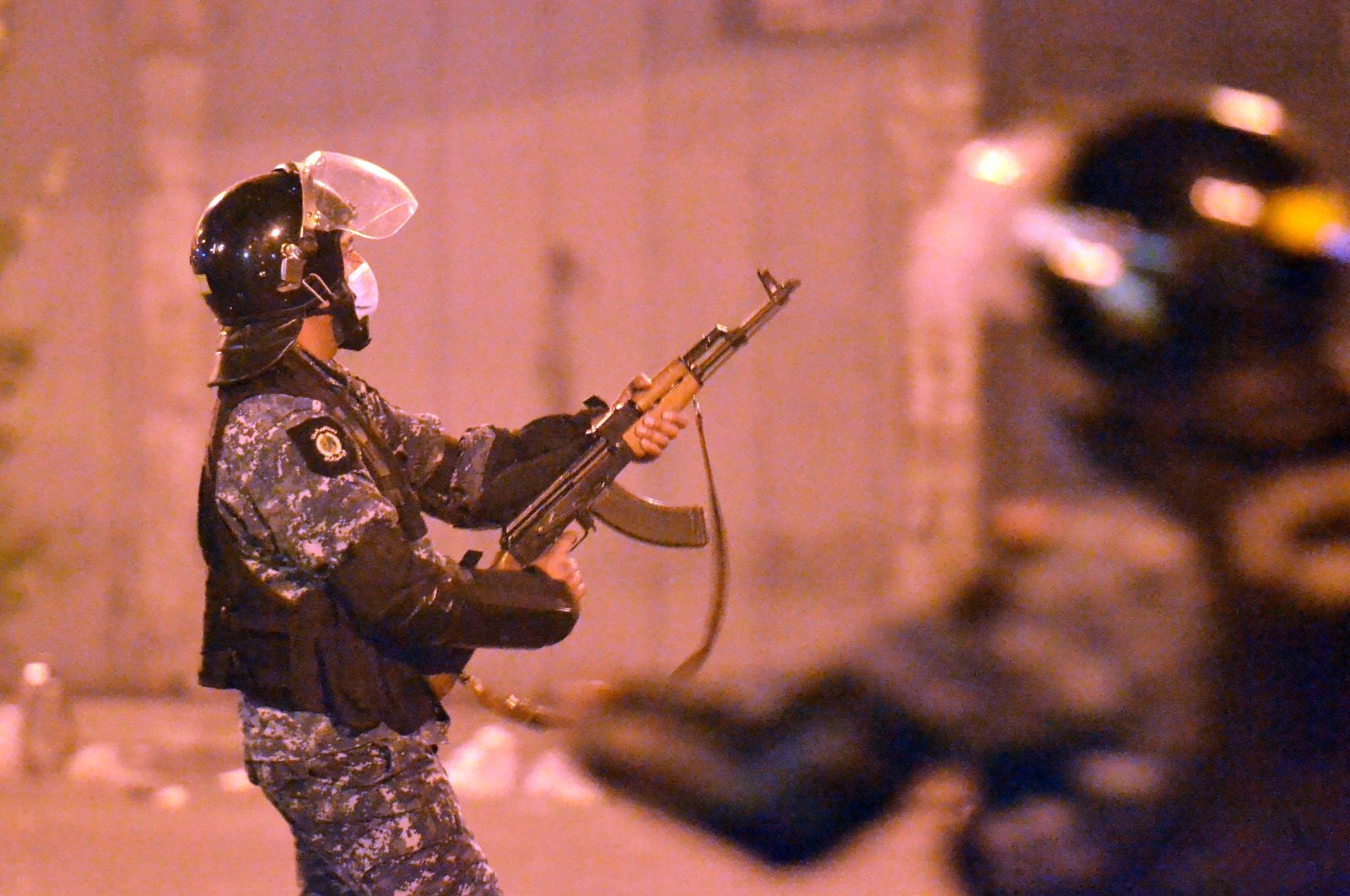 Lebanese security forces clashed late Wednesday with angry coronavirus lockdown demonstrators in the Tripoli district north of the Lebanese capital of Beirut, leaving at least 226 people injured and one dead, while witnesses and local media reported that riot police had fired live bullets as protesters tried to storm the city's government building.

Security forces fired tear gas and rubber bullets at protesters who threw stones, hurled Molotov cocktails and lit a car on fire. The demonstrators gathered in the city's central Al-Nour Square and attempted to storm the government building in the square. Gunfire was heard near the protest site, while demonstrators set fire to the entrance of a police building.

For days, Lebanon has witnessed protests against a coronavirus lockdown and what protestors describe as the government's inability to stem the spread of the virus as hospitals reach maximum capacity. Amid a dramatic surge in coronavirus infections, the government has imposed a nearly monthlong nationwide lockdown and round-the-clock curfew, the strictest since the virus hit Lebanon. The measures have exacerbated a crippling economic and financial crisis that preceded the pandemic in this small Mediterranean country of nearly 5 million people and over 1 million refugees.

The Lebanese currency has tumbled, losing over 80% of its value, according to The Associated Press (AP) report. Banks have imposed controls on withdrawals and transfers to protect dwindling foreign reserves. Unemployment and inflation have skyrocketed and tens of thousands have been thrown into poverty.

On Wednesday, Lebanon hit a new daily record for COVID-19 fatalities, registering 76 deaths. Hospitals are struggling with COVID-19 patients, reporting near full occupancy in ICU beds. Nearly 290,000 infections have been recorded since last February and 2,553 deaths. The surge in infections comes on top of the country's worst economic crisis since its 15-year civil war ended in 1990.

"We have made the decision to continue our action, whatever the cost ... because we have nothing left to lose," a 25-year-old protester wearing a ski mask told Agence France-Presse (AFP). "We live in wretched conditions. I've knocked on every door but can't find work," he said.

While security forces tried to disperse demonstrators using tear gas, hand grenades were thrown at police and two of them exploded, Lebanon's Internal Security Forces said on Twitter. At least nine people were wounded and military vehicles were damaged due to hand grenades, it added. The Lebanese Red Cross said 35 people were transported to hospitals and 67 were treated at the scene.

The state-run National News Agency (NNA) said 226 people had been injured in the evening – 102 of them treated by the Lebanese Red Cross, and another 124 by the Islamic Medical Association. One 30-year-old man died of his wounds, it said.

After several hours of clashes, security forces deployed reinforcements to disperse the demonstrators and prevent them from storming the governorate's headquarters. But protesters remained in the neighboring alleyways, where the clashes continued late into the night. Demonstrators in other parts of the country also blocked major roads on Tuesday and Wednesday night.

In the capital Beirut, protesters burned tires near parliament, while others blocked the road to the sports stadium with dumpsters and more flaming tires, the National News Agency said.

Nighttime clashes in Tripoli between security forces and demonstrators had already injured at least 45 people on Tuesday and 30 on Monday, the Lebanese Red Cross said. The army said 31 soldiers were hurt in Tuesday night's exchange. It was not immediately clear how many soldiers were included in the Red Cross toll.

The protests are also a reflection of the political divisions and deep frustration at politicians who have been deadlocked over the formation of a new government for nearly six months. The government resigned in August following a massive blast at Beirut’s port, which killed over 200 people and injured thousands. Lebanon’s ruling class has faced rising popular anger since protesters took to the streets in October 2019 in the largest-ever nationwide protests in the country. Demonstrators accused them of mismanaging and robbing the country of its resources and driving it into poverty. The protests later died down, in part because of the pandemic but also because the political class held on to power and divisions emerged among the demonstrators.

According to the United Nations, half of Lebanon's population is now poor, and almost a quarter live in extreme poverty. Around half of the workforce lives off daily wages, the labor ministry estimates. Authorities say they have started disbursing monthly payments of 400,000 Lebanese pounds (around $50) to some 230,000 families. But caretaker Social Affairs Minister Ramzi Musharrafieh acknowledged Tuesday that three-quarters of the population of more than 6 million needs financial assistance.