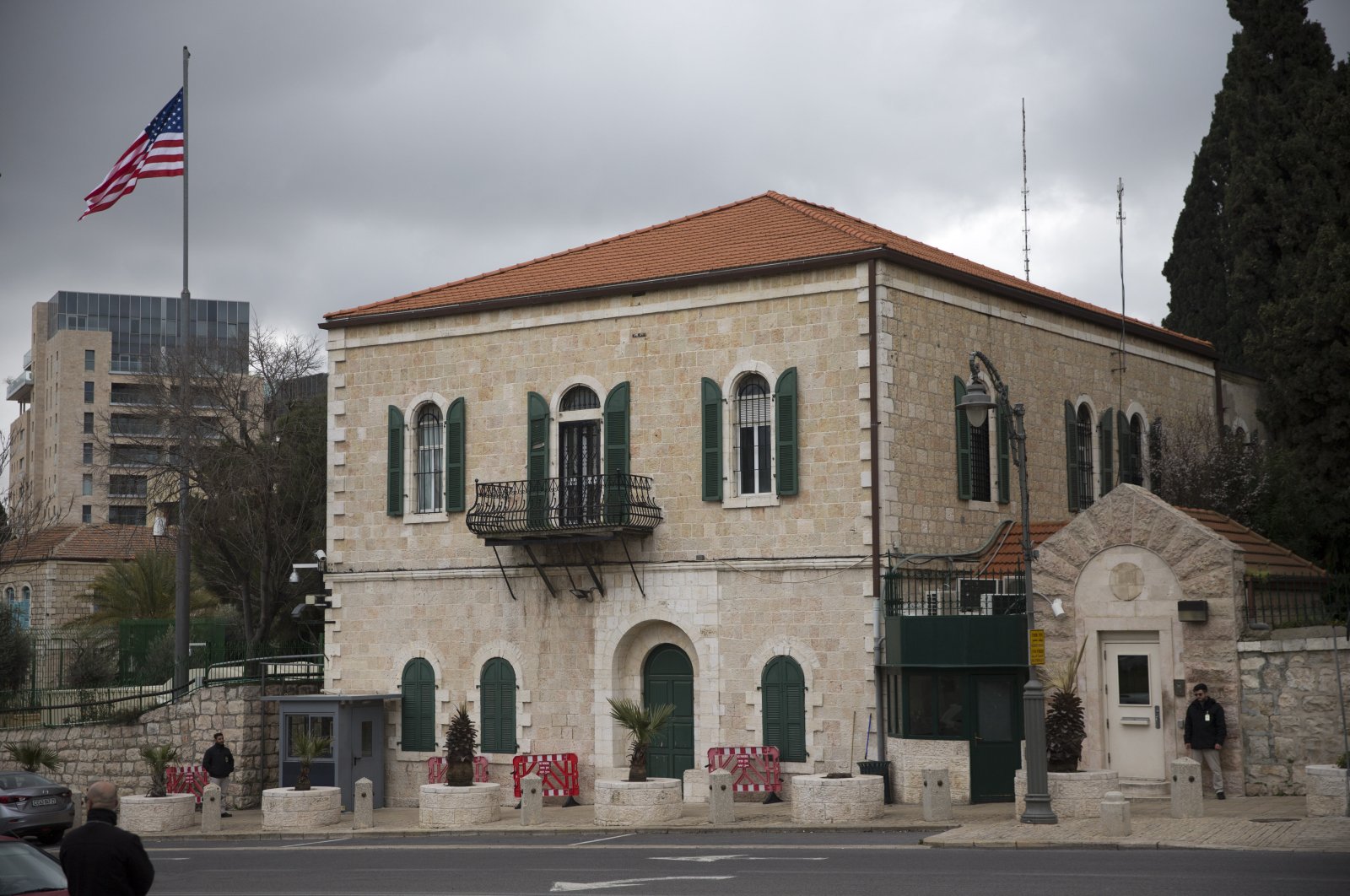 Some 200 Republican lawmakers have opposed the Biden administration's decision to reopen the United States Consulate in contested East Jerusalem to serve Palestinians after the White House announced the plan reiterating the new Democratic leader's position put forth during his presidential campaign in 2020.

The congressional letter, led by Congressman Lee Zeldin and rejecting the new consulate, was signed by 200 U.S. lawmakers. It says the consulate, which was closed by the prior administration of President Donald Trump in 2019, is not compatible with U.S. law, arguing that it sees Jerusalem as Israel's only and undivided capital.

"Your administration would create a misguided situation in which the U.S. would essentially have two separate diplomatic missions in Israel's capital," said the letter, signed by Republican House members. "The U.S. consulate general in Jerusalem that was established in 1844 was not intended to serve as an outreach to the Palestinians in Israel's capital."

"We urge you to respect our close ally Israel's opposition to reopening the U.S consulate general in Jerusalem, especially since Israel's cooperation is essential," it added.

The letter came days after 35 Senate Republicans passed legislation aimed at preventing the reopening of the U.S. Consulate, justifying their acquittal under the Jerusalem Embassy Act 1995. However, this legislation does not contain a specific prohibition that could prevent Washington from maintaining another diplomatic facility in Jerusalem beside the embassy.

Before the closure two years ago, the U.S. Consulate was operating for 175 years and served Palestinians in East Jerusalem, the occupied West Bank and the blockaded Gaza Strip. It was closed under Trump's pro-Israeli policy that led to a number of deals between Israel and Arab states in conflict with the Palestinian cause. Biden vowed to restore ties with the Palestinians, back a two-state solution and move forward with reopening the consulate.

"We think it's a bad idea," Lapid told a news conference in September. "Jerusalem is the sovereign capital of Israel and Israel alone, and therefore we don't think it's a good idea," he added.

"We know that the (Biden) administration has a different way of looking at this, but since it is happening in Israel, we are sure they are listening to us very carefully," he said.

According to last month's report by news site Axios, Israeli and U.S. officials were planning to hold talks over the reopening of the consulate. It was not immediately known if the negotiations actually took place. Meanwhile, Democratic senators have endorsed the Biden administration's plan and called on officials in the White House to go ahead with it.

Several Democratic lawmakers paid a visit to Bennett in September and urged him to show support for the consulate's reopening, arguing that it had been "open for over 100 years" before Trump shut it down.