3 injured in explosion at WWI memorial in Saudi Arabia 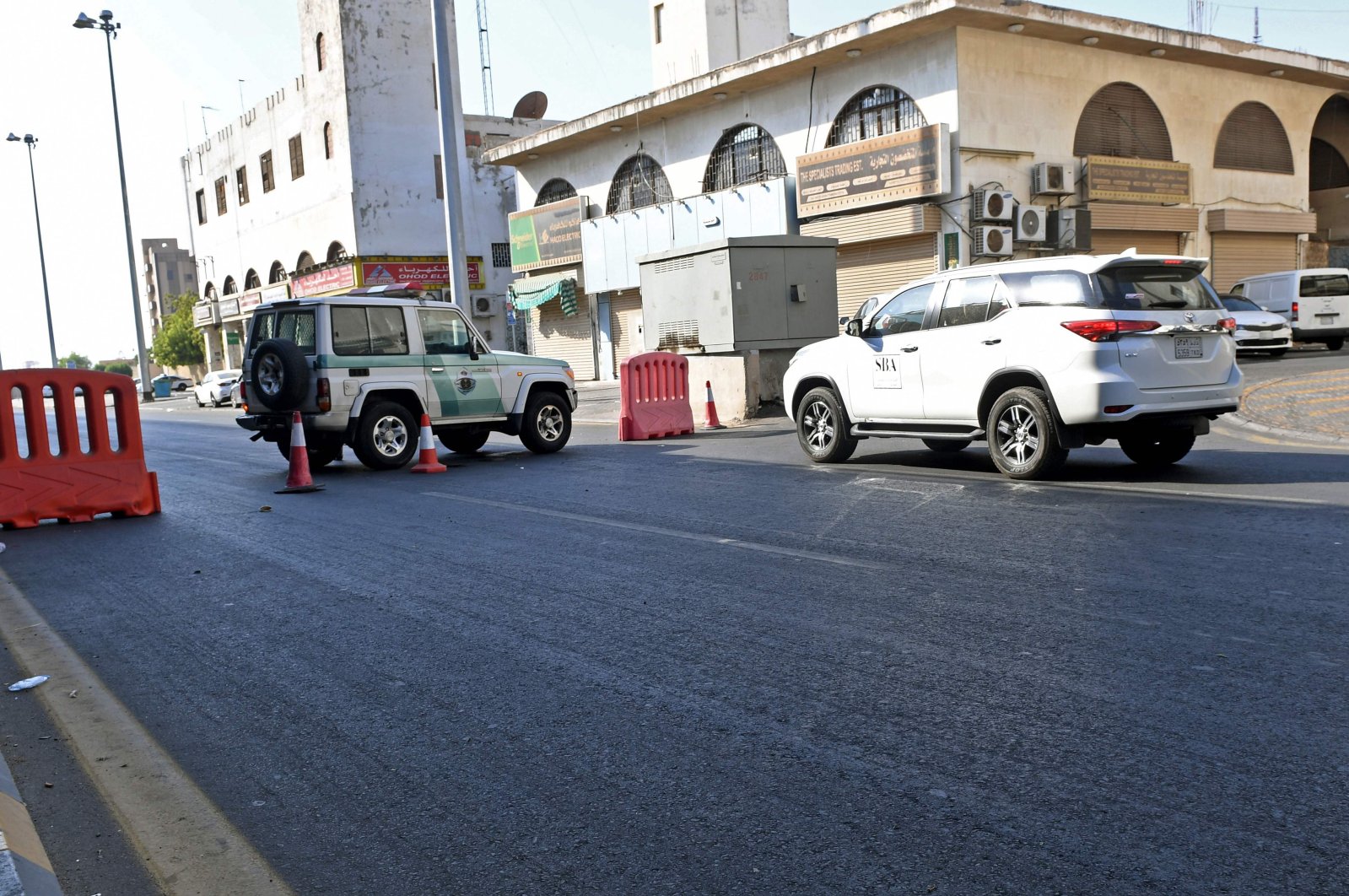 Saudi police close a street leading to a cemetery in the Saudi city of Jeddah where a bomb struck a World War I commemoration attended by European diplomats on November 11, 2020. (AFP Photo)
by Agencies Nov 11, 2020 3:53 pm
RECOMMENDED

Three people were wounded on Wednesday when an improvised explosive device (IED) targeted a ceremony of French, American, British, Italian and Greek officials commemorating the end of World War I at a cemetery in the Saudi Arabian city of Jeddah, according to official statements.

"Such attacks on innocent people are shameful and entirely without justification," said a joint statement issued by the embassies of the five countries in attendance. The group also acknowledged the work of Saudi first responders at the scene.

Hours after the attack, Saudi state-media quoted a local official acknowledging the attack and saying that a Greek consulate employee and Saudi security man were lightly wounded in the incident. The British government said one U.K. national suffered minor injuries. The Saudi official said an investigation was underway.

Several countries had representatives at the ceremony at the commemoration attended by European diplomats, the officials from the French Foreign Ministry said.

“The annual ceremony commemorating the end of World War I at the non-Muslim cemetery in Jeddah, attended by several consulates, including that of France, was the target of an IED attack this morning, which injured several people,” the ministry said. “France strongly condemns this cowardly, unjustifiable attack.”

A few hours later, Saudi state television broadcasted from outside the cemetery and acknowledged that an attack involving an explosive device took place but stressed that things were under control and the security situation was now "stable.”

France has urged its citizens in Saudi Arabia to be "on maximum alert” amid heightened tensions after an assailant decapitated a teacher outside Paris for showing caricatures of the Prophet Muhammad and three people were later killed in a church in the southern city of Nice.

Meanwhile, France's President Emmanuel Macron has come under particular scrutiny among some Muslim leaders for his description of the caricatures of Prophet Muhammad as a protected cornerstone of free speech and France's secular ideals. This has riled some Muslims who view the depictions as incitement and a form of hate speech.

Saudi Arabia's monarch and top clerics have condemned the depictions, but top Saudi clerics have also called for calm and urged people to follow the prophet’s example of "mercy, justice, tolerance.” King Salman is scheduled to deliver an annual address to the nation on Wednesday, laying out policy priorities for the coming year.