53 dead in 24 hours in escalated clashes for Yemen's Marib 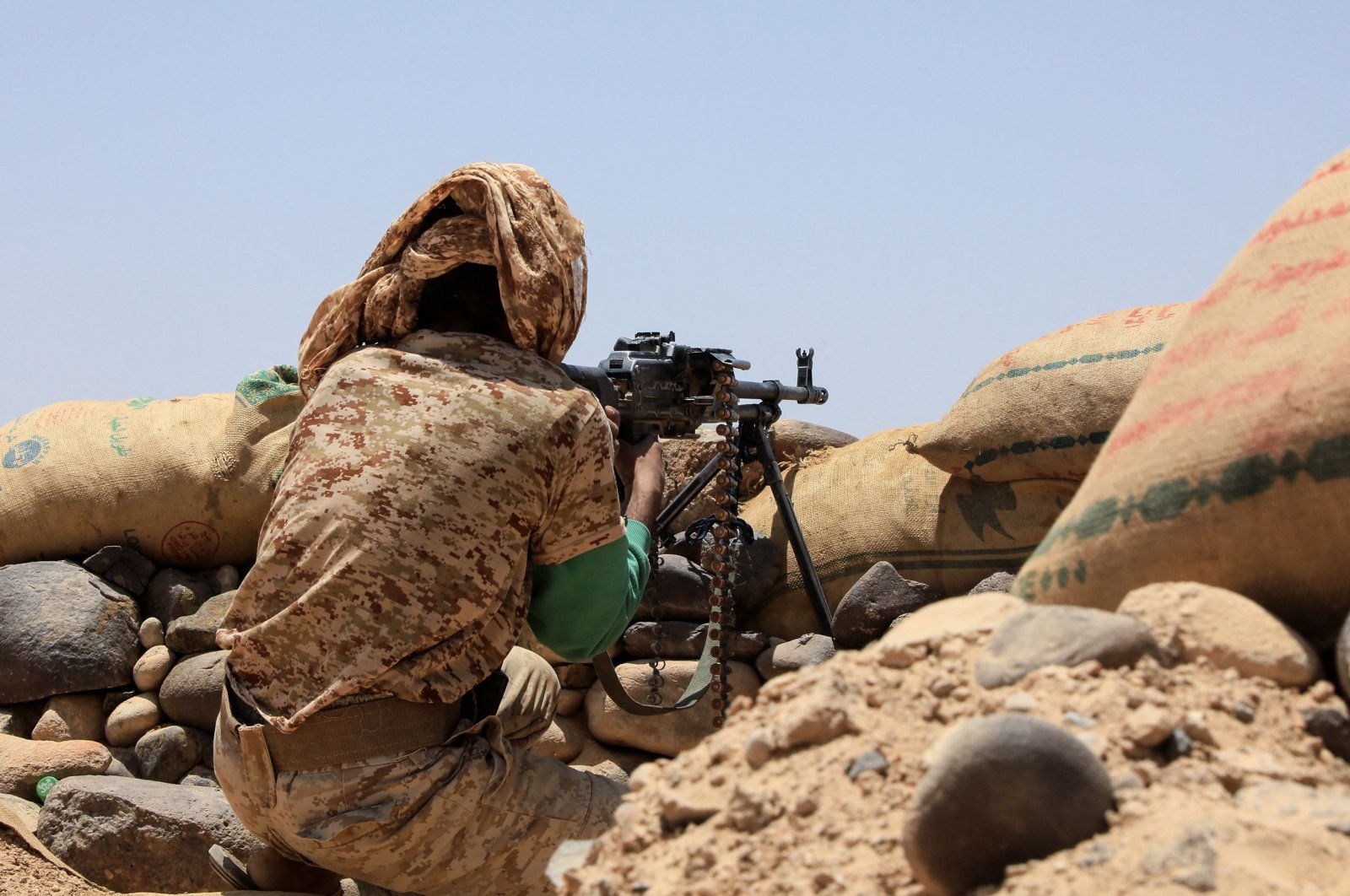 Clashes have intensified in the key Yemeni region of Marib as 53 fighters from both pro-government forces and Houthi rebels were killed in the past 24 hours, government-allied military officials said Saturday.

The Houthis have been trying to seize oil-rich Marib, the government's last significant pocket of territory in the north, since February.

"The rebels have managed to seize a bit of territory" in the latest fighting northwest of the city, a pro-government military source said, assessing the city of Marib itself was not under threat.

The same source said 22 government soldiers, including five officers, had been killed, along with 31 rebels.

The Houthis rarely announce casualties on their own side.

The Iran-backed rebels in late 2014 overran the capital Sanaa, 120 kilometers (75 miles) to the west of Marib, along with much of northern Yemen.

That prompted a Saudi-led coalition to intervene in March 2015 to prop up the government.

Loyalist military officials said Saturday that coalition aircraft had carried out strikes against the rebels, but the Houthis had pushed on with their offensive.

The loss of Marib would be a heavy blow for the Yemeni government, currently based in the southern city of Aden, and for its Saudi backers.

It could also lead to a humanitarian disaster, as huge numbers of civilians displaced from fighting elsewhere have sought refuge in Marib's camps.

Around 140 sites have sprung up in the region to provide basic shelter for the displaced, who number up to two million, according to Yemen's government.

The rebels have stepped up missile and drone strikes against neighboring Saudi Arabia in recent months, demanding the opening of Yemen's airspace and ports.

They have rejected a Saudi proposal for a ceasefire.

In early March, at least 90 fighters on both sides were killed in clashes to the west of Marib.

The United Nations last month condemned the "escalation" and warned of a looming humanitarian disaster.

The U.N. Security Council said the fighting "places one million internally-displaced persons at grave risk and threatens efforts to secure a political settlement when the international community is increasingly united to end the conflict."

The U.N. called on all sides to de-escalate and condemned "the use of child soldiers" in Marib.

United States Secretary of State Antony Blinken also urged the Houthis Monday to halt their offensive, as he announced $191 million in aid at a donor conference. But he warned that the suffering would not stop until a political solution is found between the Houthis and the internationally-recognized government.

The conflict in Yemen has killed tens of thousands of people and pushed millions to the brink of famine, according to aid agencies.