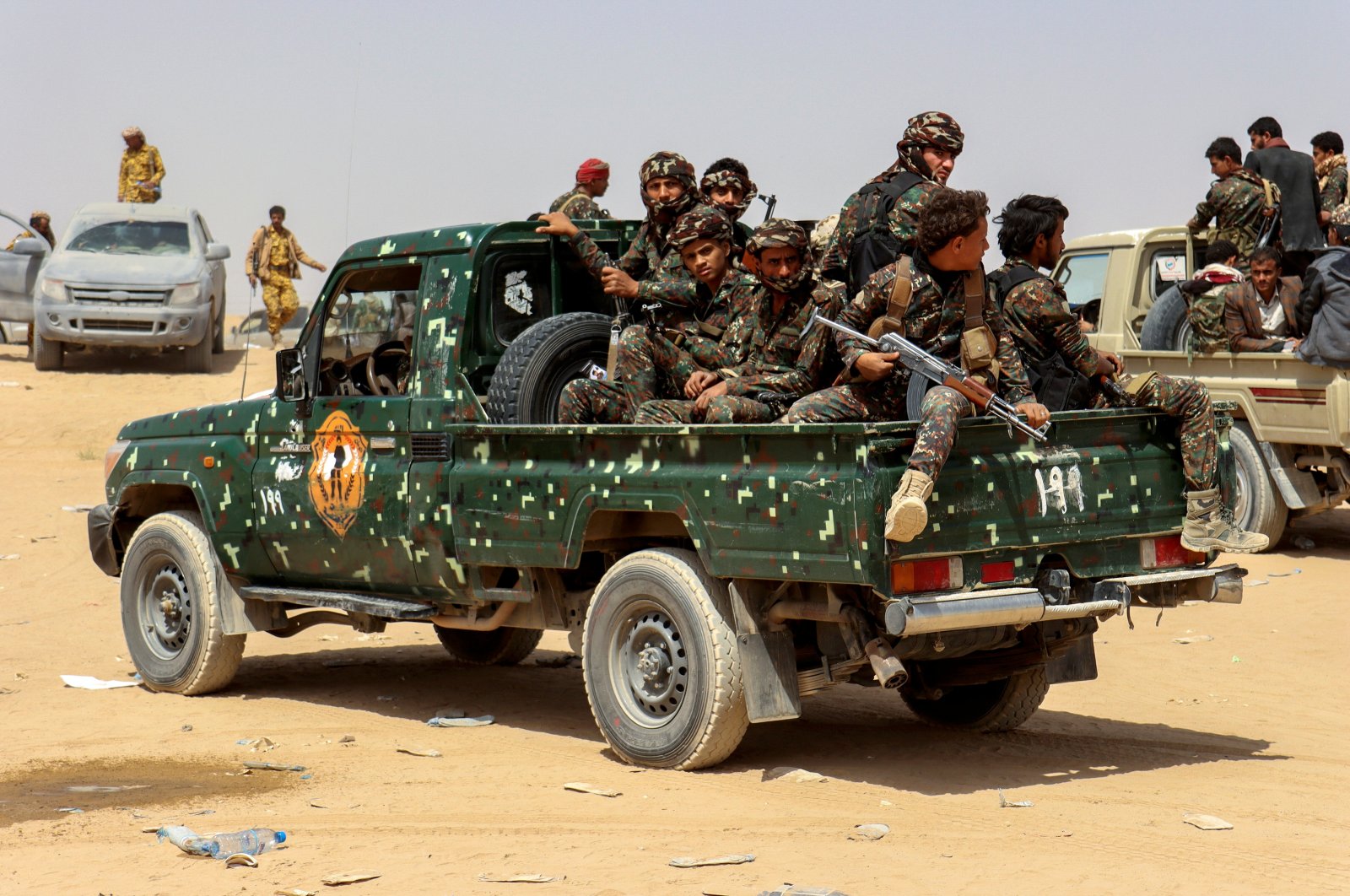 Soldiers ride on the back of a patrol truck during the burial of Brig. Gen. Abdul-Ghani Shaalan, commander of the Special Security Forces in Marib who was killed in recent fighting with Houthi fighters in Marib, Yemen, Feb. 28, 2021. (Reuters Photo)
by French Press Agency - AFP Mar 06, 2021 1:36 pm
RECOMMENDED

Fierce fighting between Yemeni pro-government forces and Iran-backed Houthi rebels has killed at least 90 combatants on both sides in the past 24 hours, government military sources said Saturday.

The Shiite rebels launched an offensive last month to seize Marib, the last stronghold in northern Yemen of pro-government forces who are backed by a Saudi-led military coalition.

The clashes in the oil-rich province left 32 dead among government forces and loyalist tribes, while 58 Houthi rebels were killed in coalition airstrikes, the sources told Agence France-Presse (AFP).

They said heavy clashes broke out on six fronts as government forces were able to counter attacks by the Houthis who managed to advance only on the Kassara front northwest of Marib city.

The loss of Marib would be a huge blow for the Yemeni government but would also threaten catastrophe for civilians, including hundreds of thousands of displaced people sheltering in desolate camps in the surrounding desert.

It would also be a major setback for Saudi Arabia, which has been the target of increasingly frequent Houthi missile attacks in recent weeks.

Shrapnel from Houthi drones intercepted by the Saudis on Friday wounded two civilians, including a 10-year-old, in the southwest of the kingdom, the official SPA news agency reported.

U.S. Secretary of State Antony Blinken on Monday urged the Houthis to halt their offensive in Marib, as he announced $191 million in aid at a donors' conference.

"Aid alone will not end the conflict. We can only end the humanitarian crisis in Yemen by ending the war ... so the United States is reinvigorating our diplomatic efforts to end the war," he said.

The United Nations had sought to raise $3.85 billion from more than 100 governments and donors, but only $1.7 billion was offered.