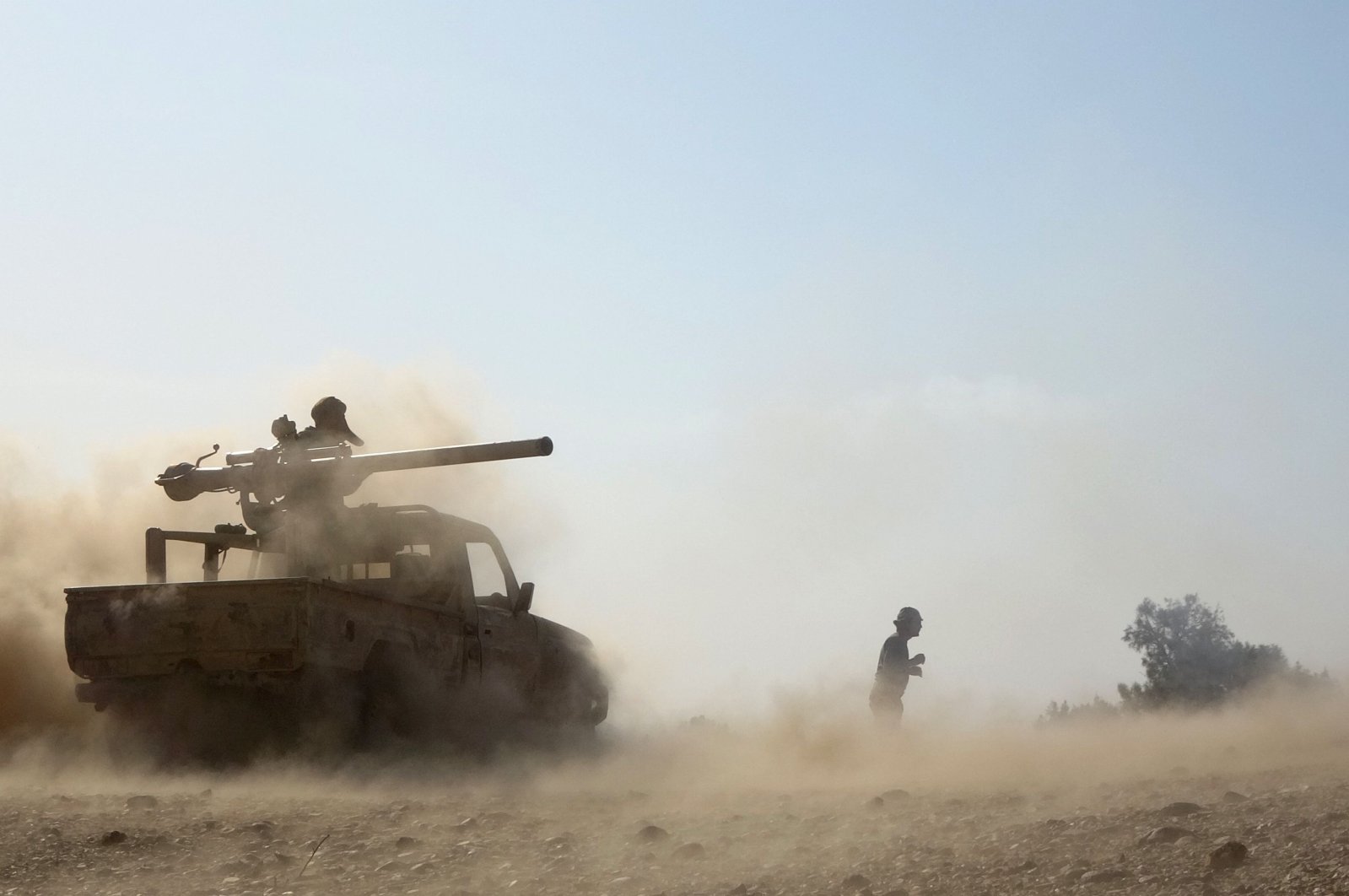 The United Nations's humanitarian chief said Tuesday he was "very alarmed" by a Houthi rebel advance on the Yemeni government's last northern stronghold of Marib, saying the assault could endanger millions of civilians.

The Iran-backed Houthis have this month resumed an offensive to seize oil-rich Marib province, some 120 kilometres (75 miles) east of the rebel-held capital Sanaa.

The city's loss would be a major blow for Yemen's government, which is backed by a Saudi-led coalition, but would also threaten catastrophe for civilians, including hundreds of thousands of displaced people sheltering in desolate camps in the region.

"I'm very alarmed about the military escalation in Marib and its impact on the humanitarian situation," Mark Lowcock, the U.N. undersecretary general for humanitarian affairs, said in a tweet.

"An assault on the city would put two million civilians at risk, with hundreds of thousands potentially forced to flee – with unimaginable humanitarian consequences. Now is the time to de-escalate, not to add even more to the misery of the Yemeni people."

Pro-government military officials told Agence France-Presse (AFP) that the rebels had advanced toward the city on two fronts overnight after heavy fighting with government forces. Dozens from both sides have been killed in the past 24 hours alone, they said. The total toll from the battle for Marib is unknown, but there are reports of hundreds dead.

"The rebels have advanced north and west of the city... and tightened their grip on hills overlooking supply lines for several fronts," one official said.

The Saudi-led coalition, which entered Yemen's conflict in 2015, has been pounding rebel positions, and the Houthi-run Al-Masirah television on Tuesday reported 13 airstrikes in several areas in Marib.

The fighting threatens sprawling camps for internally displaced people, many of whom had fled several times before ending up in Marib, the only part of Yemen's north not in Houthi hands.

Until early 2020, oil-rich Marib was spared the worst of Yemen's six-year-old conflict, partly due to its location near the Saudi border. It became a sanctuary for many in the early years of the war.

But that relative stability evaporated as fighting flared last year, and despite a brief lull from October, fears are now mounting of another humanitarian catastrophe.

"If fighting moves towards populated areas or these displacement sites, we will see people flee again and towards locations to the east and south of Marib city with even less resources," International Organization for Migration (IOM) spokesperson Olivia Headon told AFP. "Much of this is desert area so just think about what any displacement in that direction would mean for families' access to water."

Headon said some 650 families had already been forced to flee and warned that another shift in the frontlines would lead to further waves of displacement.

Yemen's grinding conflict has claimed tens of thousands of lives and displaced millions, according to international organizations, sparking what the U.N. calls the world's worst humanitarian crisis.

The latest upsurge in violence came shortly after Washington decided to remove the rebels from a blacklist of terrorist groups, a move that comes into effect Tuesday, in order to ensure aid deliveries and push for renewed peace talks.

Observers say the Houthis want to capture Marib as leverage before entering into any negotiations.

"Marib is the big political and economic jackpot that the Houthis have been dreaming about since the start of the war," Maged al-Madhaji, director of the Sanaa Centre for Strategic Studies, told AFP.

He said the rebels would have control over "a big portion of resources" were they to seize oil and gas-rich Marib. Seizing the city would also place them in full control of north Yemen, further strengthening their negotiating position.

"Go with your illusions as far as you like, but a solution won't happen without a genuine dialogue with Sanaa," Houthi political commander Mohamed Ali al-Houthi tweeted Tuesday.

Madhaji also said the insurgents were benefitting from Saudi Arabia being on the back foot, especially after the U.S. halted support for Riyadh's Yemen operations.

"The Houthis will not back down, they are benefitting from the global political momentum against Saudi," he said. "Political conditions could not be better than they are right now for the Houthis."