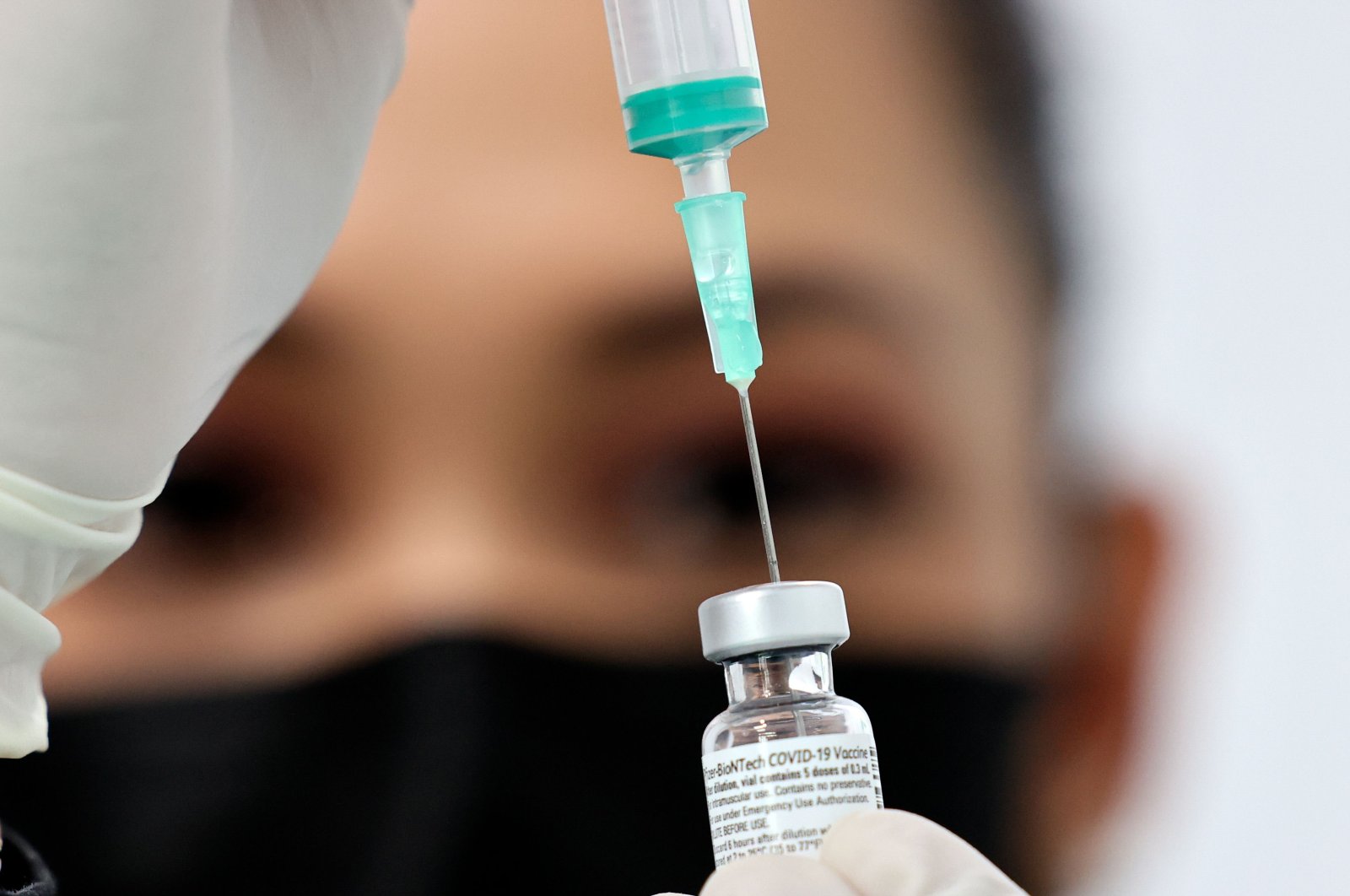 A health worker prepares an injection of the Pfizer-BioNTech vaccine against the coronavirus at a vaccination center, set up at the Dubai International Financial Center in the Gulf emirate of Dubai, on Feb. 3, 2021. (AFP Photo)
by REUTERS Feb 14, 2021 10:37 pm
RECOMMENDED

Israel's largest health care provider on Sunday reported a 94% drop in symptomatic COVID-19 infections among 600,000 people who received two doses of Pfizer's vaccine in the country's biggest study to date.

Health maintenance organization (HMO) Clalit, which covers more than half of all Israelis, said the same group was also 92% less likely to develop severe illness from the virus.

The comparison was against a group of the same size, with matching medical histories, who had not received the vaccine.

"It shows unequivocally that Pfizer's coronavirus vaccine is extremely effective in the real world a week after the second dose, just as it was found to be in the clinical study," said Ran Balicer, Clalit's chief innovation officer.

He added that the data indicates the Pfizer vaccine, which was developed in partnership with Germany's BioNTech, is even more effective two weeks or more after the second shot.

Researchers at the Weizmann Institute of Science, who have been tabulating national data, said on Sunday that a sharp decline in hospitalization and serious illness identified earlier among the first age group to be vaccinated – aged 60 or older – was seen for the first time in those aged 55 and older.

Israel has been conducting a rapid vaccine rollout and its database offers insights into vaccine effectiveness and at what point countries might attain herd immunity.