Afghans mourn dozens of children after deadliest attack in a year 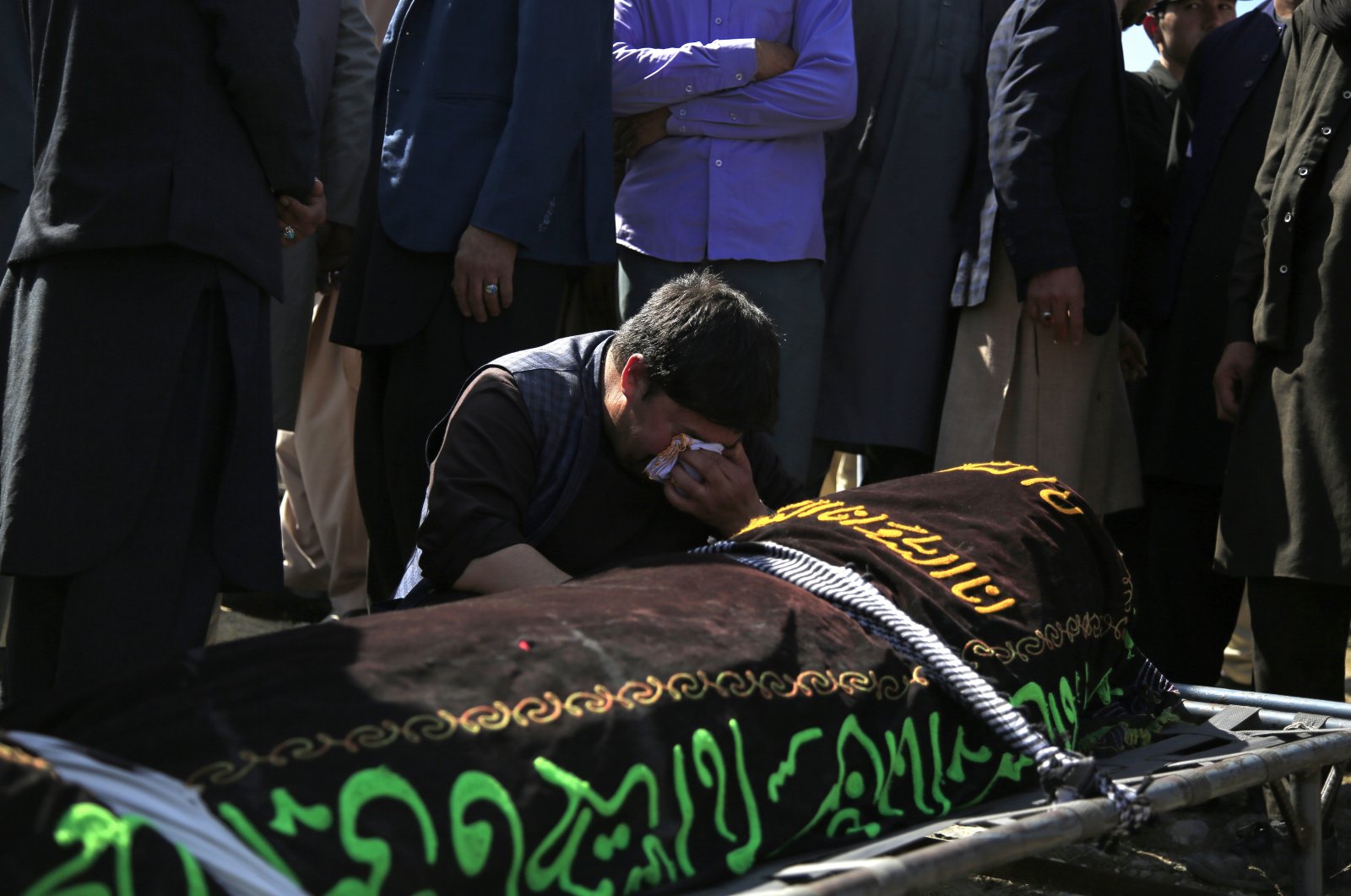 Mourning relatives buried dozens of young girls Sunday at a desolate hilltop cemetery in Kabul one day after the bloodiest attack in over a year hit a secondary school in Afghanistan.

A series of blasts outside the school during peak holiday shopping killed more than 50 people, mostly girl students, and wounded over 100 in Dasht-e-Barchi, a west Kabul suburb populated mostly by Hazara Shiites.

The government blamed the Taliban for the carnage, but the insurgents denied responsibility and issued a statement saying the nation needed to "safeguard and look after educational centers and institutions."

Saturday's blasts came as the United States military continues to pull out its last 2,500 troops from the violence-wracked country despite faltering peace efforts between the Taliban and Afghan government to end a decades-long war.

Interior Ministry spokesperson Tareq Arian told reporters that a car bomb detonated in front of the Sayed Al-Shuhada girls school on Saturday, and when the students rushed out in panic, two more devices exploded.

Residents were shopping ahead of this week's Eid al-Fitr holiday, which marks the end of the Islamic holy month of Ramadan, when the blasts occurred.

On Sunday, relatives began burying the dead at a hilltop site known as "Martyrs Cemetery," where victims of attacks against the Hazara community are laid to rest.

Hazaras are Shiite Muslims and considered heretics by extremist Sunnis. Sunni Muslims make up the majority of the Afghan population.

'Bodies on top of each other'

Bodies in wooden coffins were lowered in the graves one by one by mourners still in a state of shock and fear, an Agence France-Presse (AFP) photographer said.

"I rushed to the scene (after the blasts) and found myself in the middle of bodies, their hands and heads cut off and bones smashed," said Mohammad Taqi, a resident of Dasht-e-Barchi, whose two daughters were students at the school but had escaped the attack.

"All of them were girls. Their bodies piled on top of each other."

Last week, the school's students had protested a lack of teachers and study materials, said Mirza Hussain, a university student from the area.

"But what they got (in return) was a massacre."

Books and school bags belonging to the victims still lay scattered at the site of the attack.

"This savage group does not have the power to confront security forces on the battlefield, and instead targets with brutality and barbarism public facilities and the girls' school," Ghani said in a statement after the blasts.

The Taliban denied involvement and insist they have not carried out attacks in Kabul since February last year when they signed a deal with Washington that paved the way for peace talks and withdrawal of the remaining U.S. troops.

But the group has clashed daily with Afghan forces in the rugged countryside even as the U.S. military reduces its presence.

The United States was supposed to have pulled all forces out by May 1 as agreed with the Taliban last year, but Washington pushed back the date to Sept. 11 – a move that angered the insurgents.

The leader of the Taliban, Hibatullah Akhundzada, reiterated in a message released ahead of Eid that any delay in withdrawing the troops was a "violation" of that deal.

"If America again fails to live up to its commitments then the world must bear witness and hold America accountable for all the consequences," Akhundzada warned in Sunday's message.

He also said that the country should "safeguard and look after educational centers and institutions."

"This unforgivable attack on children is an assault on Afghanistan's future, which cannot stand," Wilson tweeted.

The Dasht-e-Barchi neighborhood has been a regular target of attacks from terrorists.

In May last year, a group of gunmen launched a brazen daylight raid on a hospital in the area that left 25 people dead, including 16 mothers of newborn babies.

On Oct. 24, a suicide bomber blew himself up at a tuition center in the same district, killing 18 people in an attack claimed by Daesh.