Americans left behind: US leaves hundreds stranded in Afghanistan 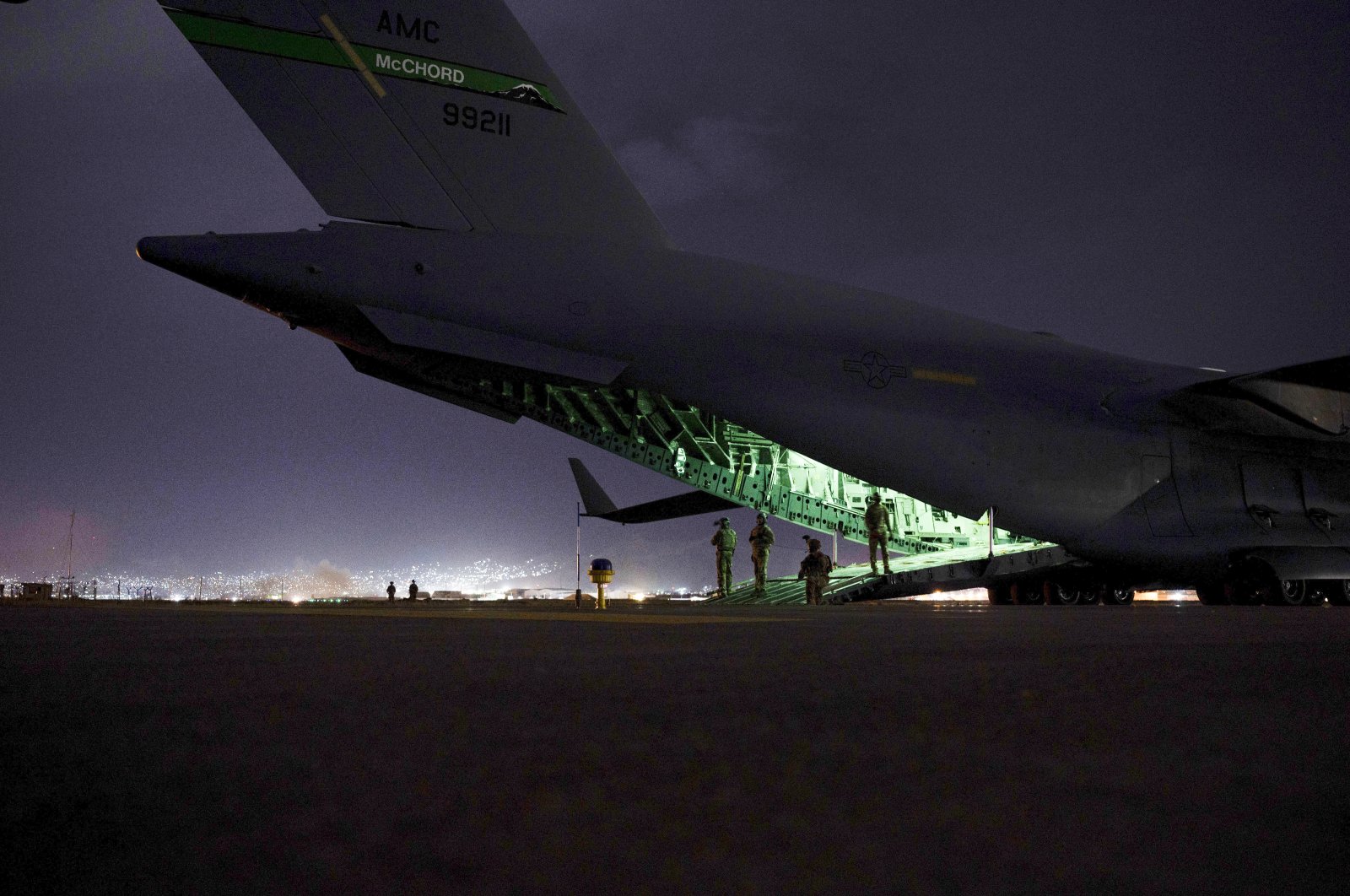 Amid the hasty U.S. evacuation out of Kabul, rescue groups say hundreds of American citizens and green card holders overwhelmed by the chaos went uncounted for by Washington – and were, therefore, left behind

Rescue groups have criticized Washington's official count of Americans still stranded in Afghanistan, saying the count should be increased to at least 400 to include permanent legal residents with green cards.

Some groups say they continue to be contacted by American citizens in Afghanistan who did not register with the U.S. Embassy before it closed and by others not included in previous counts because they expressed misgivings about leaving loved ones behind.

As for green card holders, they have lived in the U.S. for years, paid taxes, become part of their communities and often have children who are U.S. citizens. Yet the administration says it does not have an estimate on the number of such permanent residents who are in Afghanistan and desperately trying to escape Taliban rule.

"The fear is that nobody is looking for them,” said Howard Shen, spokesperson for the Cajon Valley Union School District in the San Diego area that is in contact with one such family who says they cannot get out.

"They are thousands of miles away under an oppressive regime and we’re leaving them behind,” he said. "That’s not right.”

Fear for those left behind

Stung by the U.S. military's chaotic and deadly retreat, President Joe Biden has promised that evacuation efforts will continue for the 100 to 200 American citizens who want to leave, most of whom he said are dual citizens. And Secretary of State Antony Blinken has said that extends to green card holders and Afghans who supported the U.S. government during the 20-year war.

It’s unclear how that will work without an active U.S. military presence in the country and the Taliban-controlled Kabul airport, a major way out of the country, now closed. But an undersecretary of state said this past week that all American citizens and permanent residents who could not get evacuation flights or were otherwise stranded had been contacted and told to expect further details about routes out once those have been arranged.

Three school districts in California say they know of more than 30 children enrolled in their schools who have not been able to return. One family who has lived in Sacramento for years has been texting daily with their children’s elementary school principal while trying to escape. The parents and three children – all legal U.S. residents – went to Afghanistan in April to care for their sick grandmother after being unable to do so for months because of COVID-19 restrictions. Caught by surprise by the quick Taliban takeover, the family members were unable to get through the crush of thousands of people at the airport in Kabul before the last U.S. plane left Aug. 31. Now they fear they will be forgotten by the U.S. government, especially since they are not American citizens.

"I’m loosing the hope,” the mother, who is not being named to protect her safety, texted in broken English to Principal Nate McGill, who urged her to not give up.

McGill said California Democratic Rep. Doris Matsui, who has been working to free the family, tried to help them board a flight in Afghanistan. But they were pushed back. The family, whose three children are in first, third and fourth grade, fled amid tear gas and gunfire as U.S. forces and the Taliban tried to control the crowd.

"We run away from the gate. Situation is very scary. Kids are crying because of these firing,” the mother texted, later adding: "I totally lost my mind sir ... today I saw my death.” Mohammad Faizi, a green card holder from the San Diego suburb of El Cajon, said he and his wife and five children were stopped by the Taliban at a checkpoint on their way to the airport. His wife is a U.S. citizen.

Faizi, whose family got out just before the last U.S. flight left, said he was asked at the checkpoint why he was trying to leave Afghanistan. "I told him, ‘That’s our country. That’s my nation. We’re living there. So we have to get out of here.’''

The Taliban, which are in need of foreign aid, have said they will allow people with valid travel papers to leave, and the international community says it will be monitoring to see if they keep their word.

Mike Jason, who runs an ad-hoc rescue operation called Allied Airlift 21, said his volunteer group has been in contact with 78 green card holders trapped in the country but that the figure does not capture the scale of the problem. Add their spouses and children to the tally, he said, and the number rises to nearly 400.

Jason and others say they also believe the number of U.S. citizens is much higher than 200 people and is misleading because it does not include their family members who may be green card holders.

Allied Airlift has identified 45 U.S. citizens in the country but has documents on more than 250 family members stuck there with them. Such volunteers say they are also skeptical of the government’s estimate because it only includes American citizens who registered with the U.S. Embassy before it was shuttered in Kabul, a process that was entirely voluntary.

Alex Plitsas, an Iraq War veteran who is part of an informal rescue network called Digital Dunkirk, said he received calls from six U.S. citizens stuck in Afghanistan just one day earlier this week – and none had registered with the U.S. Embassy. He suspects the true number of U.S. citizens left behind could be off by hundreds.

"Those names are starting to trickle out now,” said Plitsas, a former civilian intelligence officer in Afghanistan. "I expect that number to rise significantly.”

Plitsas said he’s also handled pleas from more than 100 U.S. green card holders trying to leave over the past two weeks and says they should get just as much attention as U.S. citizens. "They live here,” he said. "They’re our folks.”

Republican Rep. Darrell Issa's office said he is working to evacuate an 80-year-old couple who are both U.S. citizens and live in San Diego County, along with two other families from his congressional district that covers El Cajon. The administration says 6,000 U.S. citizens made it out, most on U.S. military flights.

Issa said he believes the number of U.S. citizens still there and wanting to leave is closer to 500. That includes roughly the number the State Department says made clear they want to leave and additional U.S. citizens who were not counted because they expressed concern about "leaving behind family members to die.” If you include the family members of U.S. citizens, the number of people could be as high as 1,000, he added. "Unless we continue and get the rest of our American citizens, and all those otherwise eligible out, we won’t have done our job,” Issa said.

Republican Rep. Don Bacon of Nebraska, a former Air Force officer receiving calls for help in the rescue effort, said the Biden administration needs to give a full accounting of those left behind and stop limiting its official tally to U.S. citizens. "The problem is, it doesn’t include families,” he said. "They’re lowballing the numbers.”

Rescue coordinator Chuck Nadd, an Afghanistan veteran, said the numbers being reported back to him by 180 Digital Dunkirk volunteers suggest there are hundreds of green card holders desperate to get out. Among them are the three Sacramento schoolchildren whose mother recently texted their principal a photo of them with forlorn faces and handmade signs reading, "Take us out of Afghanistan, please” and "I am SO scared here.”