As meat prices soar in Lebanon, veganism fills gap for some 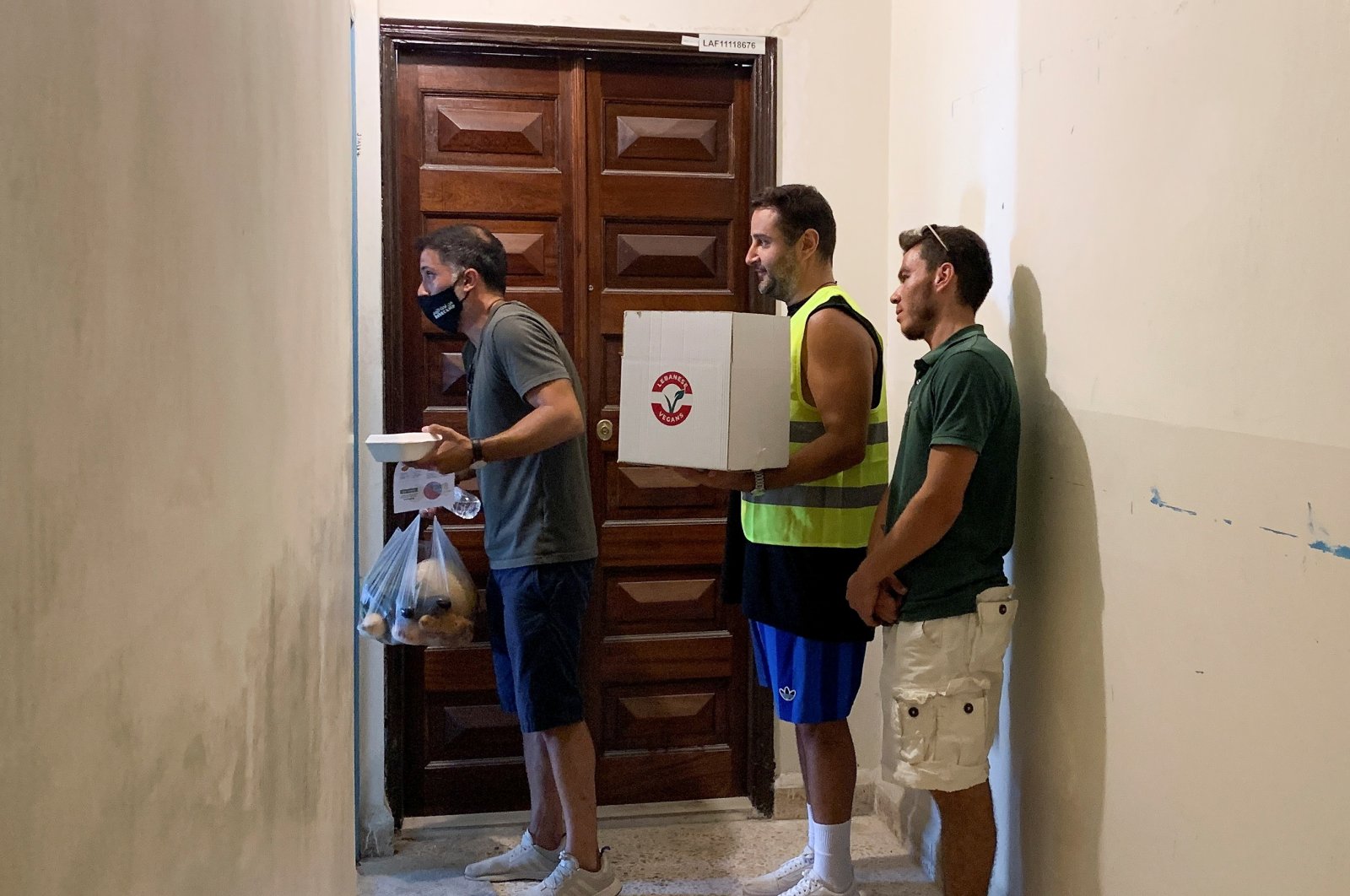 Camille Madi, director of Basecamp, carries a vegan meal a bag of vegetables to distribute to people in need in Beirut, Lebanon, July 1, 2021. (Reuters Photo)
by Reuters Jul 06, 2021 4:31 pm
RECOMMENDED

While healthier lifestyles and greater awareness of climate issues have encouraged a rise in veganism worldwide, some Lebanese are taking it up out of necessity.

As the country faces a financial crisis that has driven more than half the population into poverty, many Lebanese find they can't afford meat or chicken.

Prices are spiraling and salaries are collapsing as the local currency continues to fall after losing 90% of its value over the past two years.

"There are many problems in the country. Even the army can't afford the right amount of meat and chicken in meals," said Camille Madi, the director of Basecamp, an association that distributes meals to the needy.

Budget cuts forced the military to cut meat from its meals last year.

Basecamp, which started work after the Beirut port blast last summer, delivered daily food parcels that included animal protein, but with donations shrinking and prices rising, a workaround was necessary.

It now delivers one to three times a month to those in need, providing food boxes instead of hot meals, with no meat and chicken.

While delivering the aid boxes, Social Hub members were also raising awareness about vegan food and why it can be a solution now.

Madi says children who eat Manoushe, a Lebanese pizza topped with cheese, can improve the quality of their meals if they spend the same on vegan items.

"The kid who's eating a Manoushe every day won't have the necessary nutrients, but today with the price of one Manoushe, you can buy a kilo or two of vegetables that can provide him with the needed nutrients."