At least 19 killed after flash floods in western Afghanistan 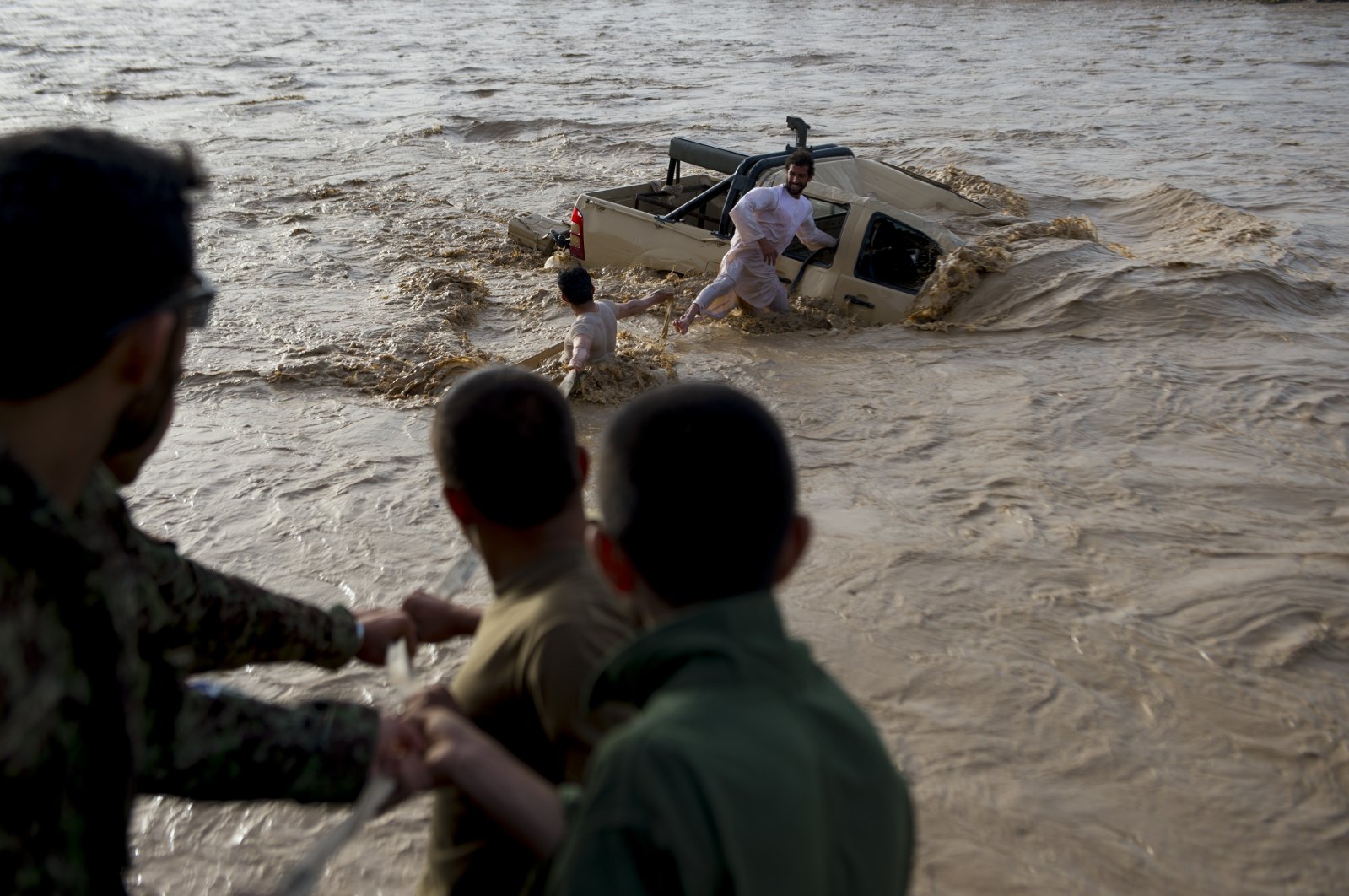 In this file photo from April 23, 2013, two men with help from a crowd attempt attach a tow line to an Afghan Army truck that was swept away by floodwaters. (Getty Images)
by Anadolu Agency May 05, 2021 8:07 am

"The worst-hit area is Adraskan, where most of the casualties took place. A woman and three children were among those who died there. Huge swaths of agricultural land, livestock and residential units have also been damaged,” he told Anadolu Agency (AA).

The disaster management authority issued an advisory on Monday evening, warning of a dayslong spell of torrential rains and thunderstorms in over two dozen northern, eastern and western provinces of Afghanistan.

People in vulnerable areas must stay away from the pathways of floodwater and stay in close contact with local administrations, the authority said in a statement.

Over 150 lives were lost and nearly 500 families displaced in similar floods in Afghanistan last summer, according to estimates by the United Nations Office for the Coordination of Humanitarian Affairs (OCHA).