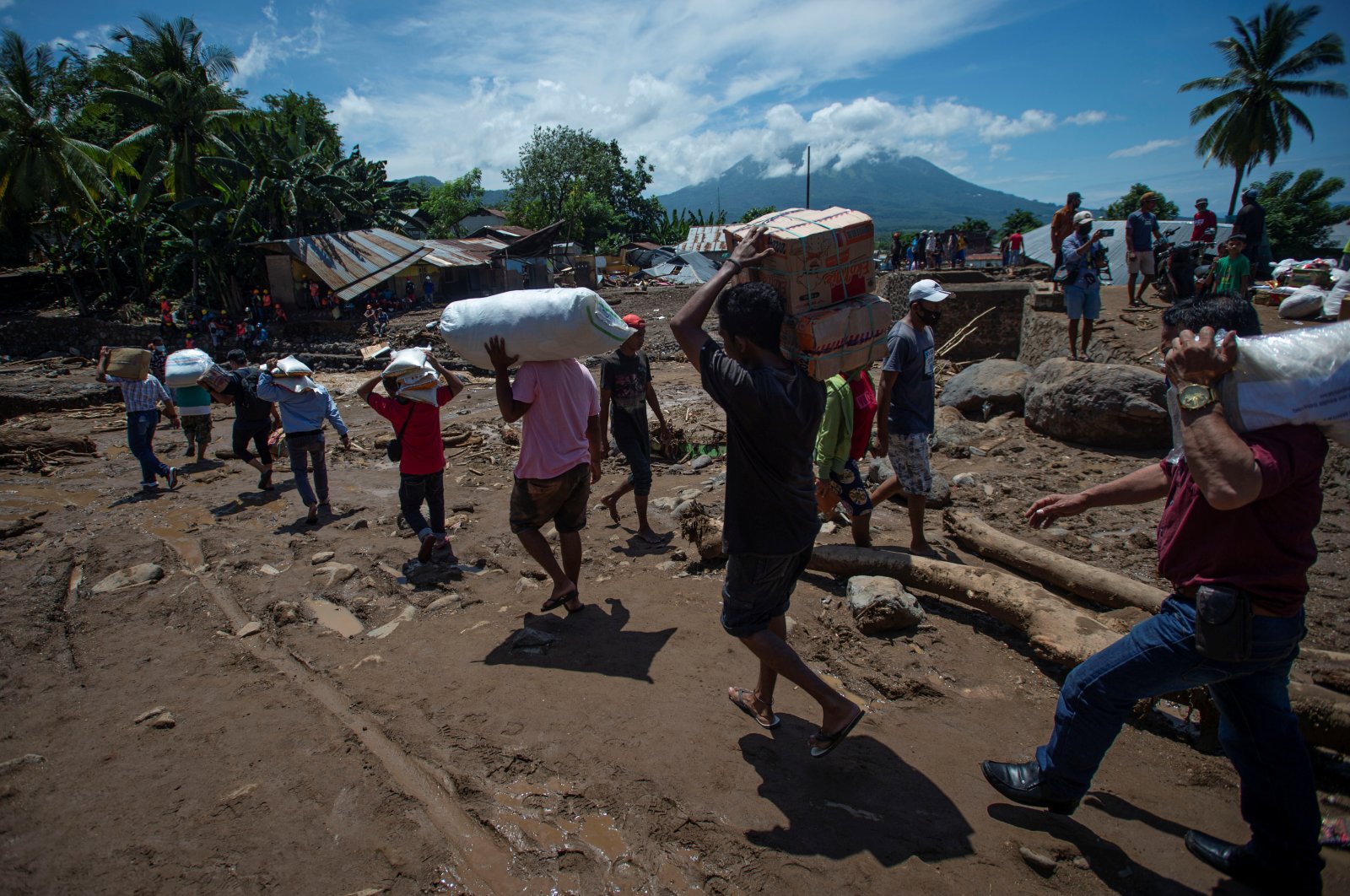 The death toll from the tropical cyclone Seroja has risen to nearly 180 people in islands stretching from Indonesia to neighboring East Timor, as rescue efforts for those trapped from flash floods and landslides continued and two Indonesian navy ships packed with aid arrived Thursday in the archipelago.

The vessels docked in hard-hit Lembata and Adonara island with hospital ships also en route to the ravaged cluster of islands in eastern Indonesia where thousands have been left homeless and dozens are still missing.

Torrential rains from Seroja, one of the most destructive storms to hit the region in years, turned small communities into wastelands of mud and uprooted trees, sending thousands fleeing to shelters amid widespread power blackouts.

The storm on Sunday swept buildings in some villages down a mountainside and to the shore of the ocean on Lembata, where one of the aid ships arrived Thursday.

The navy vessels are packed with food, including rice and noodles, as well as blankets and other materials for some of the region's more than 20,000 evacuees.

"The two navy ships arrived today," said Kompiang Aribawa, a regional naval base chief. "Another ship will arrive later today carrying military personnel who will be deployed to help people in the aftermath of the disaster," he added.

At least 140 people have been listed as dead in Indonesia. Another 37 were killed in East Timor, a tiny half-island nation of 1.3 million sandwiched between Indonesia and Australia that is officially known as Timor-Leste.

More than 70 people are still listed as missing, with disaster agency officials deploying sniffer dogs to search mountains of debris for bodies and any survivors.

Rescuers have spent the past few days using diggers and shovels to extract mud-covered corpses from the debris.

Hospitals, bridges and thousands of homes were damaged or destroyed by the storm.

Authorities in both countries were also battling to avoid COVID-19 outbreaks in crammed evacuation shelters.

Fatal landslides and flash floods are common across the Indonesian archipelago during the rainy season, with deforestation often the cause, environmentalists say.

The disaster agency has estimated that 125 million Indonesians, nearly half of the country's population, live in areas at risk of landslides.