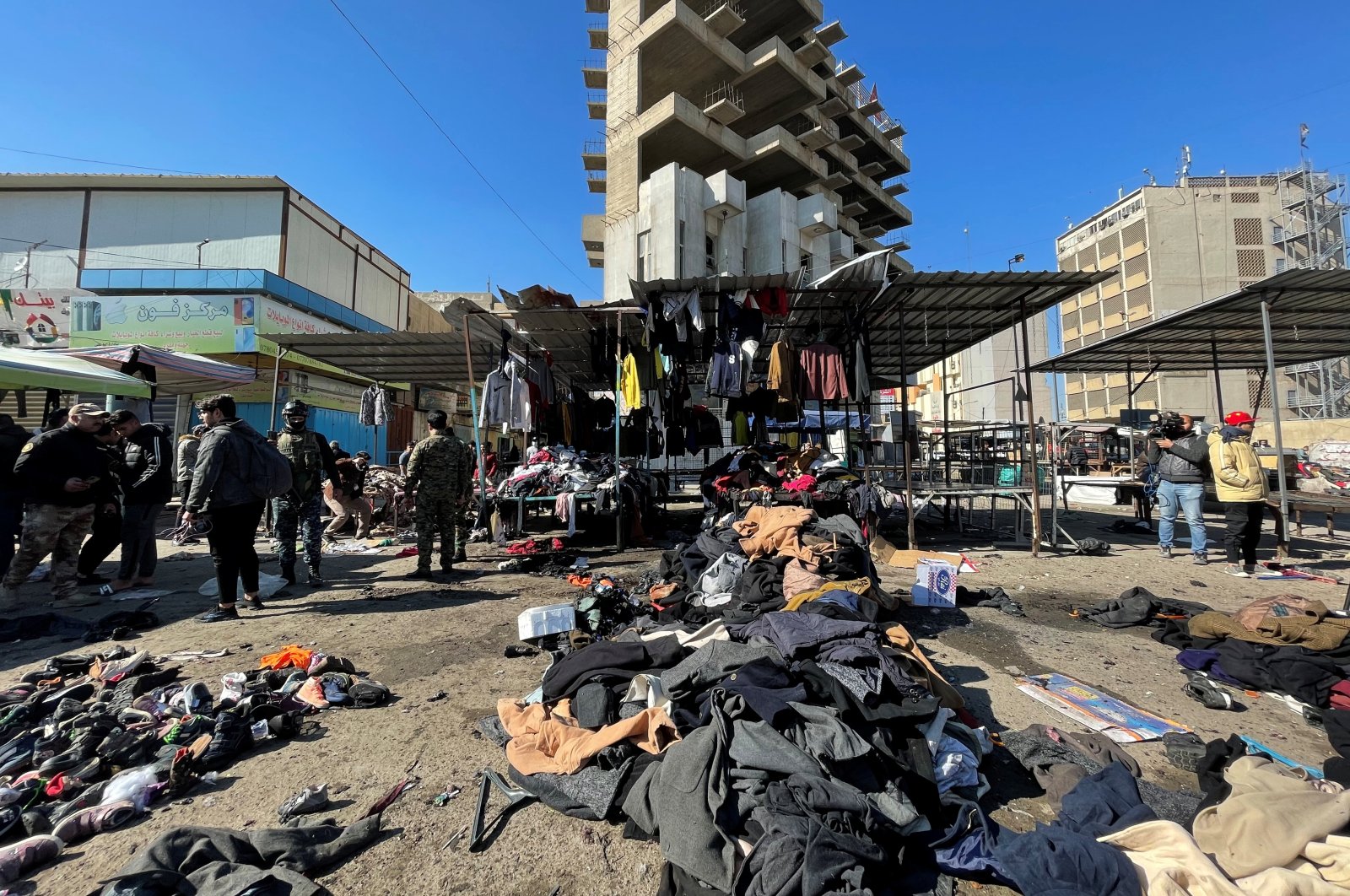 A twin suicide bombing took place in the Iraqi capital Thursday, killing more than 32 people and wounding at least 110 others, the country's health ministry said.

The rare suicide bombing hit the Bab al-Sharqi commercial area in central Baghdad amid heightened political tensions over planned early elections and a severe economic crisis. Blood smeared the floors of the busy market amid piles of clothes and shoes as survivors took stock of the disarray in the aftermath. No one immediately took responsibility for the attack.

Iraq's military said earlier at least 28 people were killed and 73 wounded in the attack, and some of the injured were in serious condition. Hospital and police officials cited similar figures, saying at least 27 people were dead and more than 60 were wounded.

According to the Interior Ministry, the first suicide bomber rushed into the market and claimed to feel sick so that people would gather around him. He then detonated his explosives. As people gathered around the victims of the first explosion, a second attacker detonated his bomb, the ministry's statement said. The Health Ministry announced all of its hospitals in the capital were mobilized to treat the wounded.

The Daesh terror group claimed responsibility early on Friday for Baghdad's suicide attack, via the group's Amaq news agency on its Telegram channel. The group said that "one of our knights of martyrdom" headed towards a gathering in the central Tayaran Square and, when people began to assemble, he set off his explosive belt. It added that another of its "knights of martyrdom" blew himself up "when people started to gather after the first blast."

The suicide bombings marked the first in three years to target Baghdad's bustling commercial area, as The Associated Press (AP) reported. They come amid heightened political tensions as Iraq looks to hold early elections in October.

Iraq has seen attacks perpetrated by both the Daesh group and Iran-linked militia groups in recent months. Militias have routinely targeted the American presence there with rocket and mortar attacks, especially the U.S. Embassy in the heavily fortified Green Zone.

The pace of the attacks has decreased since an informal truce was declared by Iran-backed armed groups in October. The Daesh group has perpetrated similar attacks in the past but has rarely been able to target the capital since being dislodged by Iraqi forces and the U.S.-led coalition in 2017 battles.

The twin bombings Thursday came days after Iraq's government unanimously agreed to hold early elections in October. Prime Minister Mustafa al-Kadhimi had announced in July that early polls would be held to meet the demands of anti-government protesters.

Demonstrators took to the streets in the tens of thousands last year to demand political change and an end to rampant corruption and poor services. More than 500 people were killed in mass demonstrations as security forces used live rounds and tear gas to disperse crowds.

Iraq is also grappling with a severe economic crisis brought on by low oil prices that has led the government to borrow internally and risk depleting its foreign currency reserves. The Central Bank of Iraq devalued dinar by nearly 20% last year to meet spending obligations.

"It has been learned with regret that a large number of deaths and injured occurred in a suicide attack held today (Jan. 21) in a marketplace in Iraqi capital of Baghdad," the ministry said in a statement. "We strongly condemn the heinous terrorist attack and hereby emphasize once again that we stand by our friend and neighbor Iraq in the fight against terrorism."

In the statement, Turkey extended condolences to the brotherly people of Iraq, wishing God's mercy to those who lost their lives in the "treacherous attack" and a speedy recovery to the injured.