Death toll from Israeli attacks on Gaza rises to 181 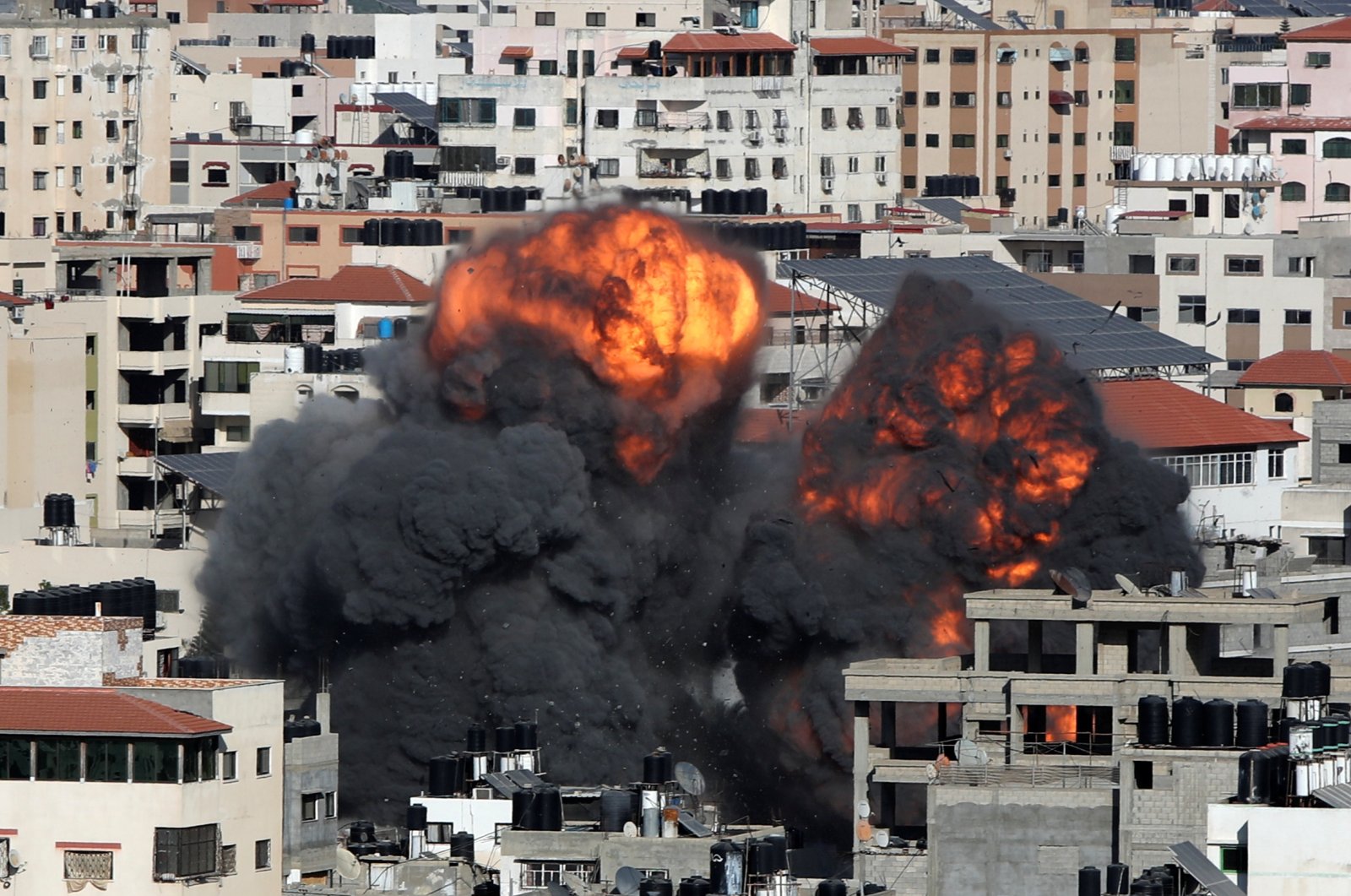 Six children and two women were killed by Israeli forces in the latest attack against a residential house.

The sole survivor was a 2-month-old baby, said health authorities in Gaza, who stated that a “massacre” was not adequate to describe what happened.

Meanwhile, Hamas' military wing, the Izzeddin al-Qassam Brigades, announced that Ashdod, Beersheba, was hit by rockets in response to an attack on a house in the Al-Shati refugee camp and to avenge Palestinians killed in the occupied West Bank.

Three Palestinians, including two siblings, were killed in late-night attacks by Israeli war jets on the Tel Kuleybu area in northern Gaza.

The total death toll in Gaza includes 52 children and 22 women, while the number injured exceeds 950 since Monday, said a statement from the ministry.

The Kuleybu Mosque was completely destroyed in an attack, Gaza's Ministry of Foundations and Religious Affairs said in a statement.

Before that attack, Israel killed seven civilians, including five children and two women.

Witnesses said the bodies were taken to Shifa hospital after the bombing of a house belonging to the Abu Hatab family in the Al-Shati refugee camp.

A search for missing people under the rubble is underway, they said.

Meanwhile, 11 Palestinians were killed Friday as Israeli forces clashed with demonstrators to disperse rallies in parts of the West Bank.

Also, Lebanese authorities announced that a Lebanese youth was killed when Israeli artillery fire targeted protesters along the Israeli security fence in the south of the country.

Tensions have been running high in the Sheikh Jarrah neighborhood of East Jerusalem and at the Al-Aqsa Mosque and Damascus Gate since the start of the Muslim fasting month of Ramadan as Israeli forces and settlers assaulted Palestinians.

Tensions moved from East Jerusalem to Gaza after Palestinian resistance groups there vowed to retaliate against Israeli assaults on Al-Aqsa Mosque and Sheikh Jarrah if they were not halted.