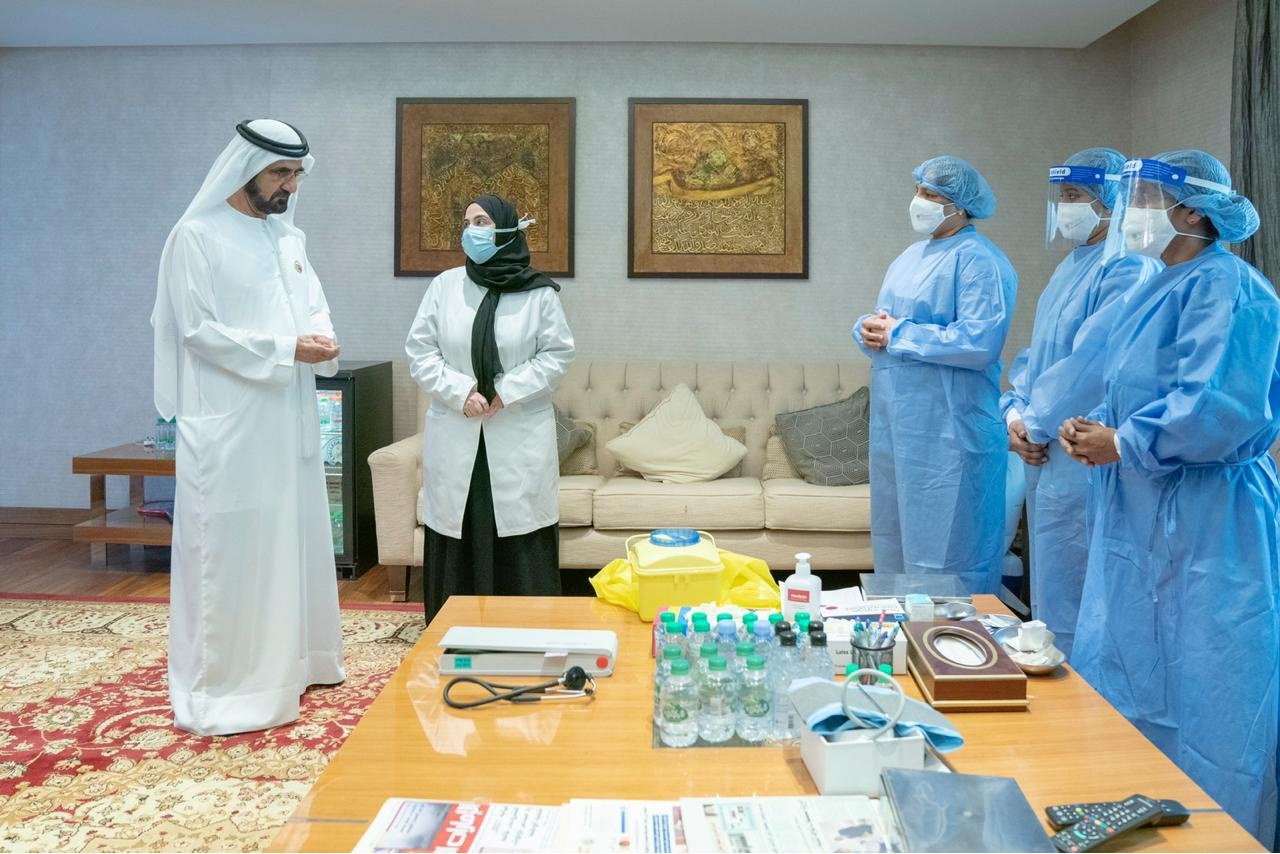 Two vaccines are undergoing third-phase trials in the UAE, one produced by Chinese drug giant Sinopharm, and Russia's Sputnik-V, named after the Soviet-era satellite.

"While receiving the COVID-19 vaccine today," Sheikh Mohammed, who is also prime minister of the UAE captioned a photograph of himself he posted on Twitter with his sleeve rolled up, as a health care worker in full protective equipment administered the injection.

"We wish everyone safety and great health, and we are proud of our teams who have worked relentlessly to make the vaccine available in the UAE," he said, without specifying which vaccine he took.

Chinese drug giant Sinopharm began the third phase of trials for a COVID-19 vaccine in the UAE in July and Emirati officials say the results have been positive.

In September, Bahrain announced that Crown Prince Salman had taken part in third phase trials of the Sinopharm vaccine.

Dozens of companies, from biotech start-ups to Big Pharma, are racing to develop a safe and effective coronavirus vaccine.

The World Health Organization (WHO) has identified 42 "candidate vaccines" at the stage of clinical trials.

Ten of them are at the most advanced "phase three" stage, in which a vaccine's effectiveness is tested on a large scale, generally tens of thousands of people across several continents.

The UAE has so far recorded over 136,000 COVID-19 cases and 503 deaths, according to figures compiled by the U.S.-based Johns Hopkins University.