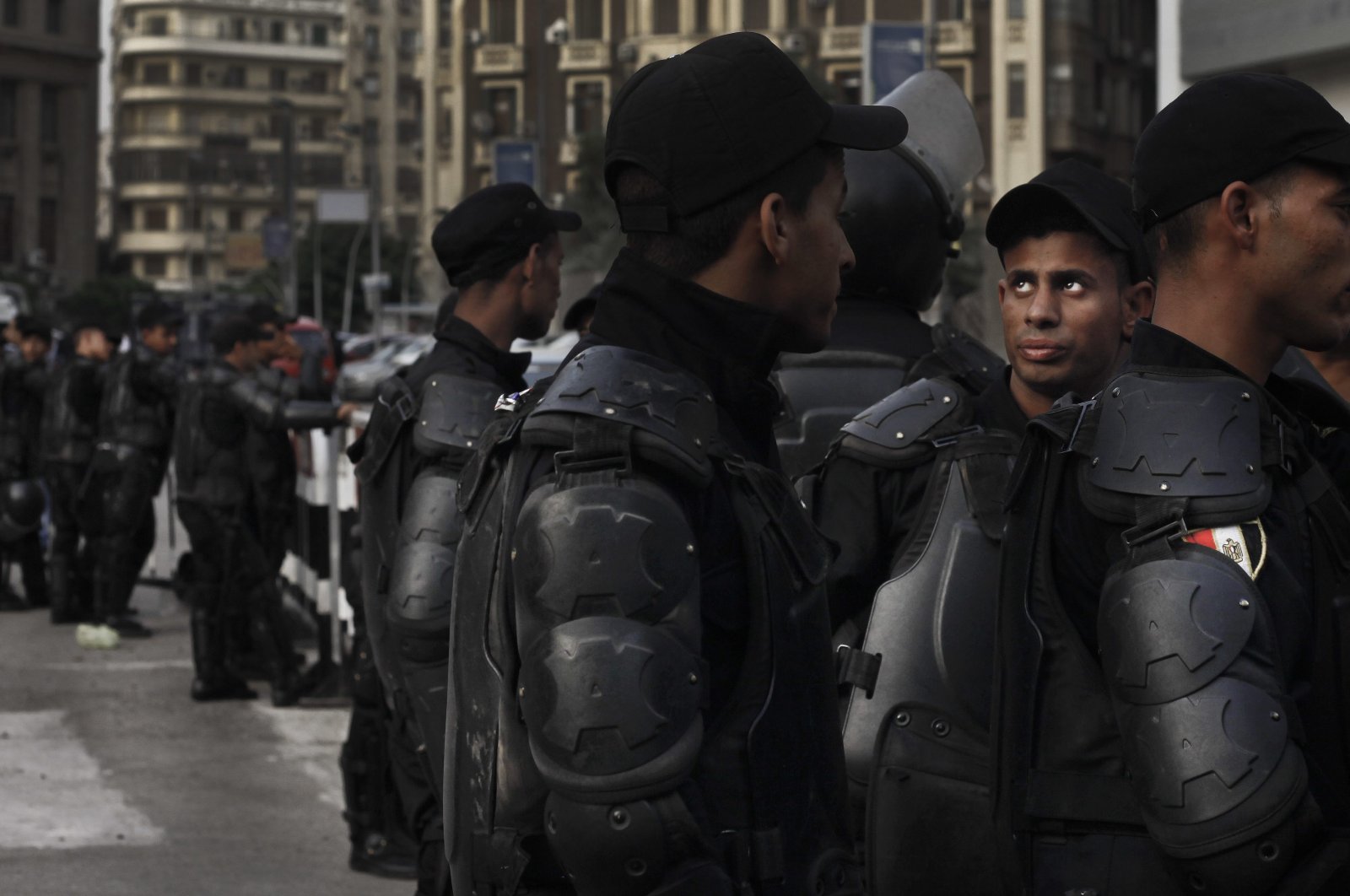 Egyptian security forces close off a street near the Press Syndicate as journalist's protest, Cairo, May 3, 2016. (AP Photo)
by Compiled from Wire Services Jun 16, 2020 3:41 pm

Egypt has arrested a veteran journalist who has been openly critical of the government after he appeared on the Qatar-based Al Jazeera network, the Committee to Protect Journalists said Tuesday.

Mohamed Monir, 65, was arrested by plainclothes police officers early on Monday, the New York-based advocacy group said. "Egyptian authorities must immediately and unconditionally release journalist Mohamed Monir and drop these baseless charges," it said. "Monir is already in failing health and to detain him pending trial during a pandemic is exceptionally cruel."

Monir has been remanded in custody for 15 days on charges of joining a terrorist organization, spreading false news and misusing social media. The government regards Monir as a mouthpiece for former President Mohammed Morsi's Muslim Brotherhood.

In recent years, Egypt has imprisoned dozens of reporters and occasionally expelled some foreign journalists. Abdel Fattah el-Sissi, a general-turned-president, has increasingly targeted journalists in an ongoing crackdown against dissidents since the 2013 military ouster of the country's first democratically elected president, Morsi. The clampdown has swept up thousands of the late Morsi's supporters as well as secular activists, lawyers and academics.

In March, British newspaper The Guardian said its reporter in Egypt was forced to leave after her credentials were revoked over a report on coronavirus infections in the country.