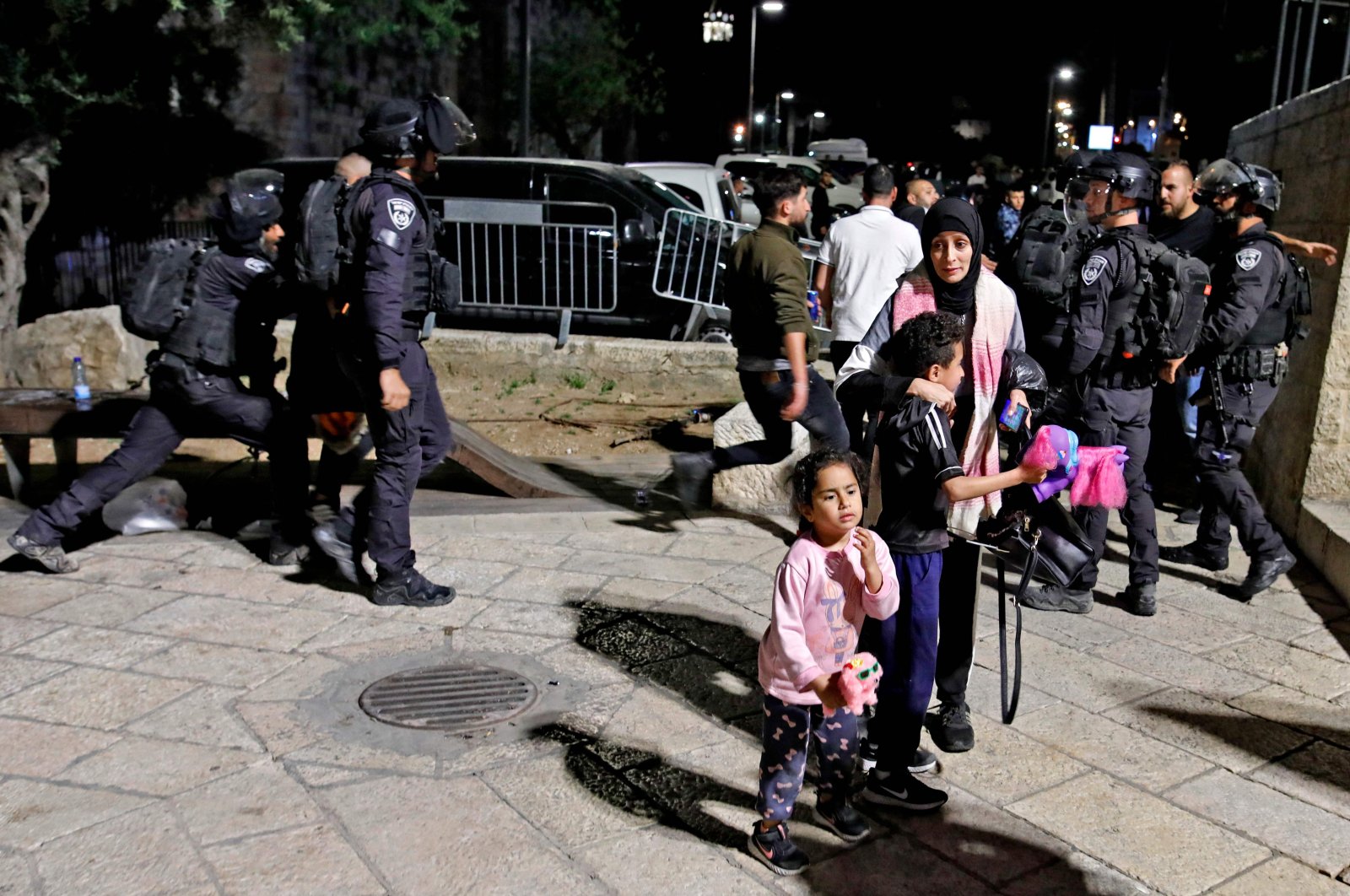 Egypt denounced on Saturday provocations and attacks by Israeli extremists against Palestinians in occupied territories taking place since the beginning of the Muslim holy month of Ramadan.

"Egypt condemns the acts of violence and provocation carried out by extremist Jewish groups targeting the Palestinian brothers residing in the Old City of East Jerusalem which has resulted in the injury of dozens of civilians," the Egyptian Foreign Ministry said in a statement.

The statement came as Israeli settlers continued to assault Palestinians in various areas across the occupied East Jerusalem for the third day in a row.

Over 100 Palestinians and 20 Israeli police were injured in overnight clashes in Israeli-occupied East Jerusalem on Thursday amid an Israeli extremist march in the Old City.

The violence broke out outside one of the entrances to the walled Old City where far-right Israelis had completed a march, during which participants harassed Palestinians and chanted "death to Arabs" and some waved banners reading: "Death to terrorists."

In the statement, Egypt called on Israeli authorities "to assume their responsibility in accordance with the rules of international law to provide the necessary protection for Palestinian civilians."

Egypt also urged Israel to allow worshipers to access the holy Al-Aqsa Mosque and to stop any violations targeting the Arab, Islamic, and Christian identity of the city of Jerusalem and its holy sites.

There have been nightly disturbances in the area since the start of Ramadan on April 13 with Palestinians complaining that police were blocking access to the promenade around the walls, a popular gathering place for Palestinians after the end of the daytime Ramadan fast.