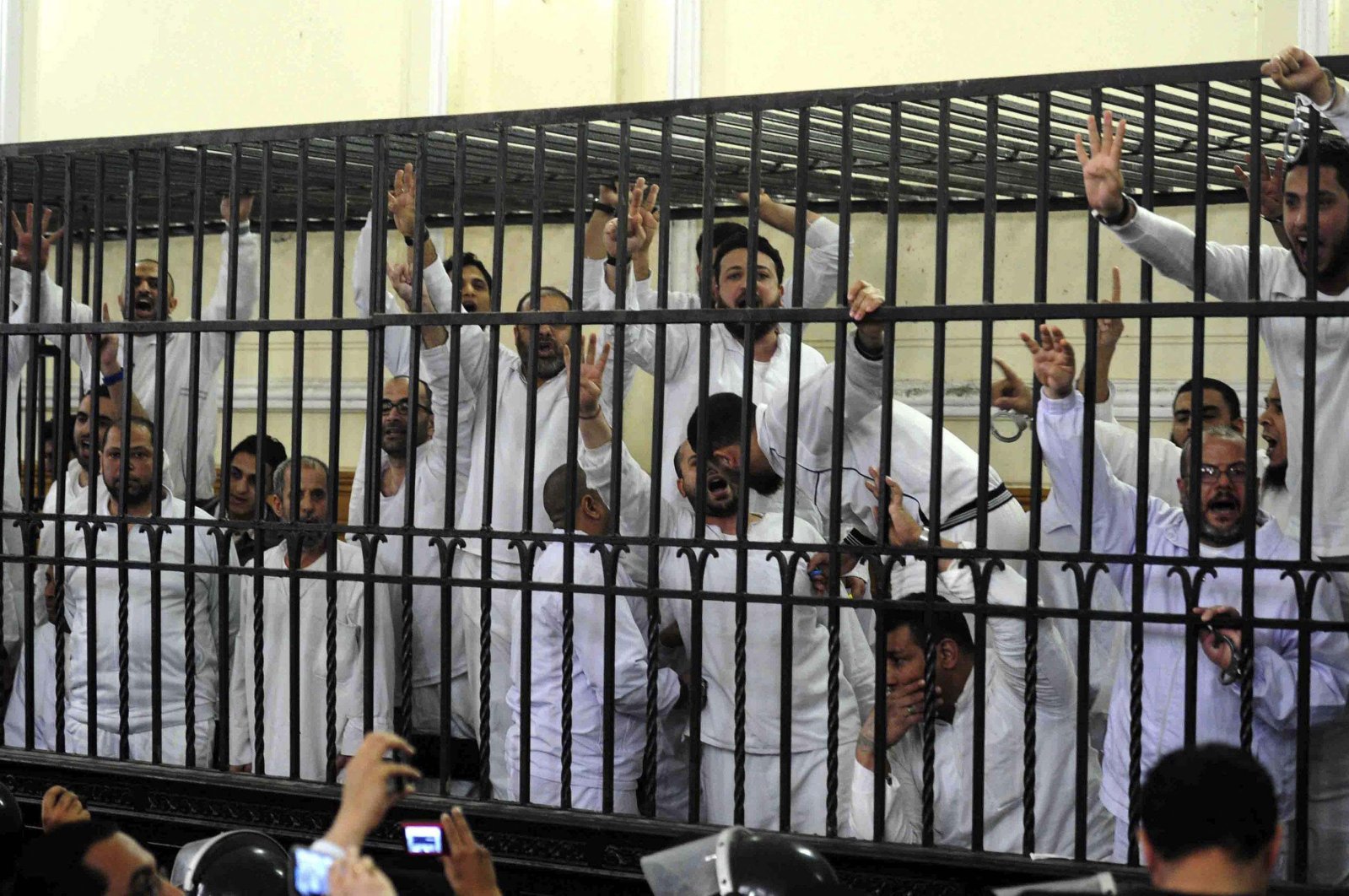 An Egyptian court on Thursday sentenced 24 members of the Muslim Brotherhood to death in two separate cases, a judicial source said.

The state-owned Al-Ahram newspaper said the Damanhour Criminal Court ordered the death penalty for 16 defendants affiliated with the Muslim Brotherhood, including Mohamed Sweidan, a regional leader of the organization, for their involvement in the bombing of a police bus in Rashid (Rosetta) city in the Beheira governorate in 2015.

Six of the defendants were tried in absentia. The report added that the blast killed three police officers and wounded 39 others. The same court also handed down the death penalty to eight Muslim Brotherhood members, including two in absentia, who were accused of killing a police officer in December 2014 in Ad Dilinjat city in Beheira. The case was dropped for three of the defendants due to their deaths.

The death penalty for civilian convicts in Egypt, the most populous country in the Arab world, is carried out by hanging.

There are no exact figures for death penalties issued in Egypt this year except for 10 handed down in April and those upheld against 12 Muslim Brotherhood leaders over the Rabaa sit-in dispersal case in 2013.

In February 2019, Egyptian President Abdel-Fattah el-Sissi defended the death penalty at a summit between Arab and European states. Following the 2013 overthrow of the first democratically elected President Mohammed Morsi and his suspicious death in court during a biased case against el-Sissi's opponents, Egyptian authorities have cracked down on Muslim Brotherhood members and leaders of the group.

Founded in 1928 in Egypt, the Muslim Brotherhood became the main opposition movement in Egypt despite decades of crackdown, and has inspired side movements and political parties throughout the Muslim world. But it is still banned in several countries, including Egypt, for its alleged links to terrorism.

Earlier in 2021, Amnesty International denounced Egypt’s “significant spike” in recorded executions. The human rights organization estimated a more than threefold rise to 107 last year, from 32 in 2019.