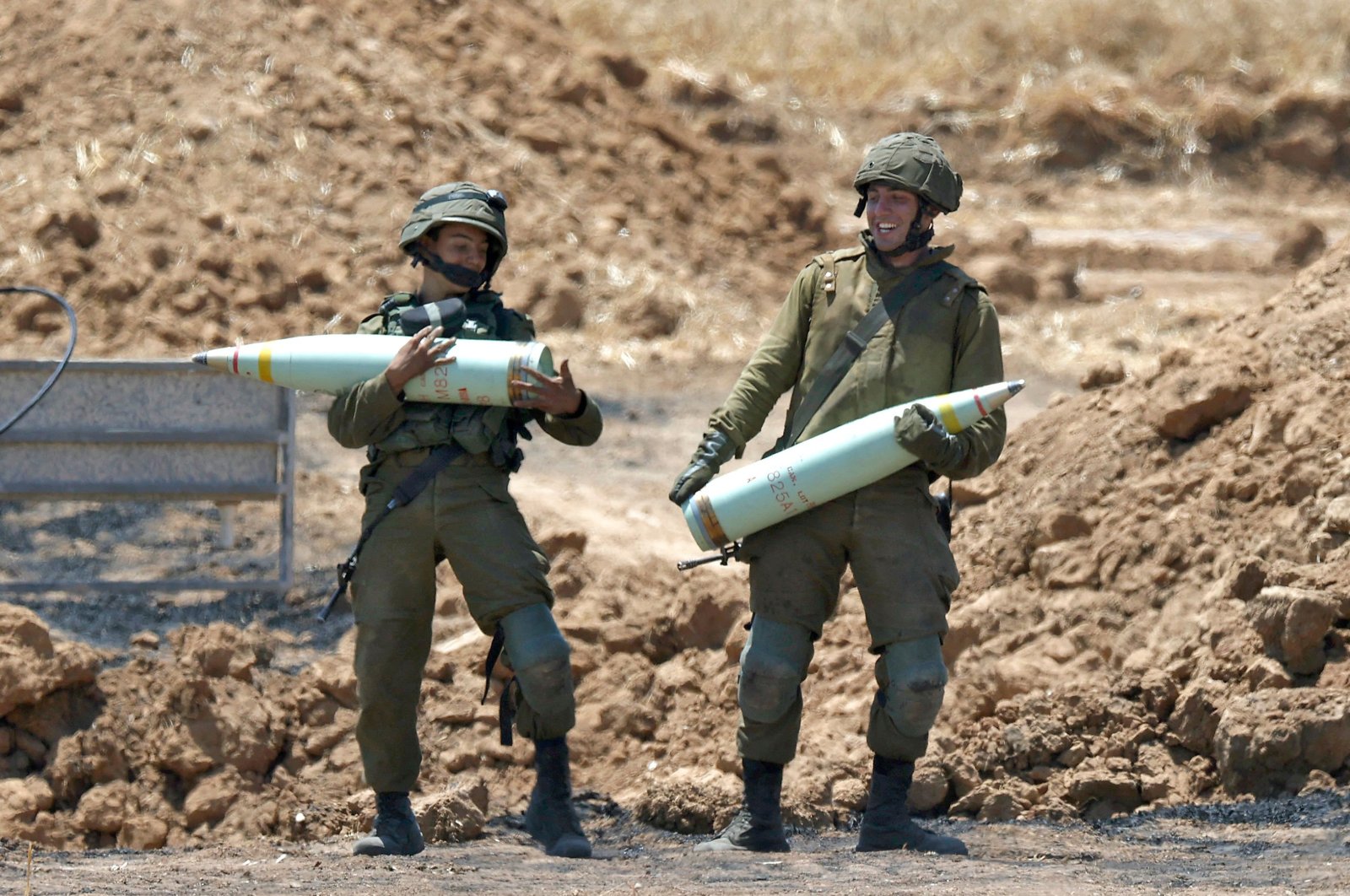 Israeli soldiers prepare to fire artillery shells toward the Gaza Strip from their position near the southern Israeli city of Sderot, May 14, 2021. (AFP Photo )
by Anadolu Agency Nov 05, 2021 8:53 am
RECOMMENDED

Egypt's chief of general intelligence said Thursday that Cairo is seeking to reach an agreement on a cease-fire between Israel and the Palestinian resistance group Hamas in Gaza that includes a prisoner swap.

Abbas Kamel made the remarks in an interview with Israeli journalists Barak Ravid and Nadav Eyal for the U.S.-based Axios news website on the sidelines of the COP26 climate change summit in Glasgow, Scotland.

Kamel revealed that the terms include a long-term cease-fire, a prisoner swap, humanitarian aid to Gaza and reconstruction.

"Egypt speaks every day to Israel and the Palestinians on several issues, including a potential long-term cease-fire deal in Gaza," Kamel said.

In May, an Israeli offensive left nearly 260 Palestinians dead and thousands wounded as well as a vast trail of destruction in Gaza. Palestinian resistance groups responded with rocket barrages into Israeli areas, killing at least 13 Israelis.

Kamel said the prisoner swap deal "should start with the release of elderly Palestinian prisoners and of Palestinian women and teenagers who are in Israeli prisons." He also noted that the deal would include "further economic and humanitarian steps" for Palestinians in Gaza.

Gaza has been under a tightened Israeli blockade since 2007 in which most basic goods still enter the region under highly restricted measures.

On the issue of talks between the Palestinians and the Israelis, he said Egypt wants to see the new Israeli government and the Palestinian leadership in Ramallah start some kind of political dialogue.

Peace talks between the Palestinian and Israeli sides collapsed in 2014 after Israel retracted from its decision to release the fourth batch of former prisoners and for refusing to halt its settlement plans.

The Egyptian intelligence chief also revealed that he will visit Israel later this month for talks with Prime Minister Naftali Bennett and other senior officials, adding he will also meet with Palestinian President Mahmoud Abbas in Ramallah in the central West Bank.