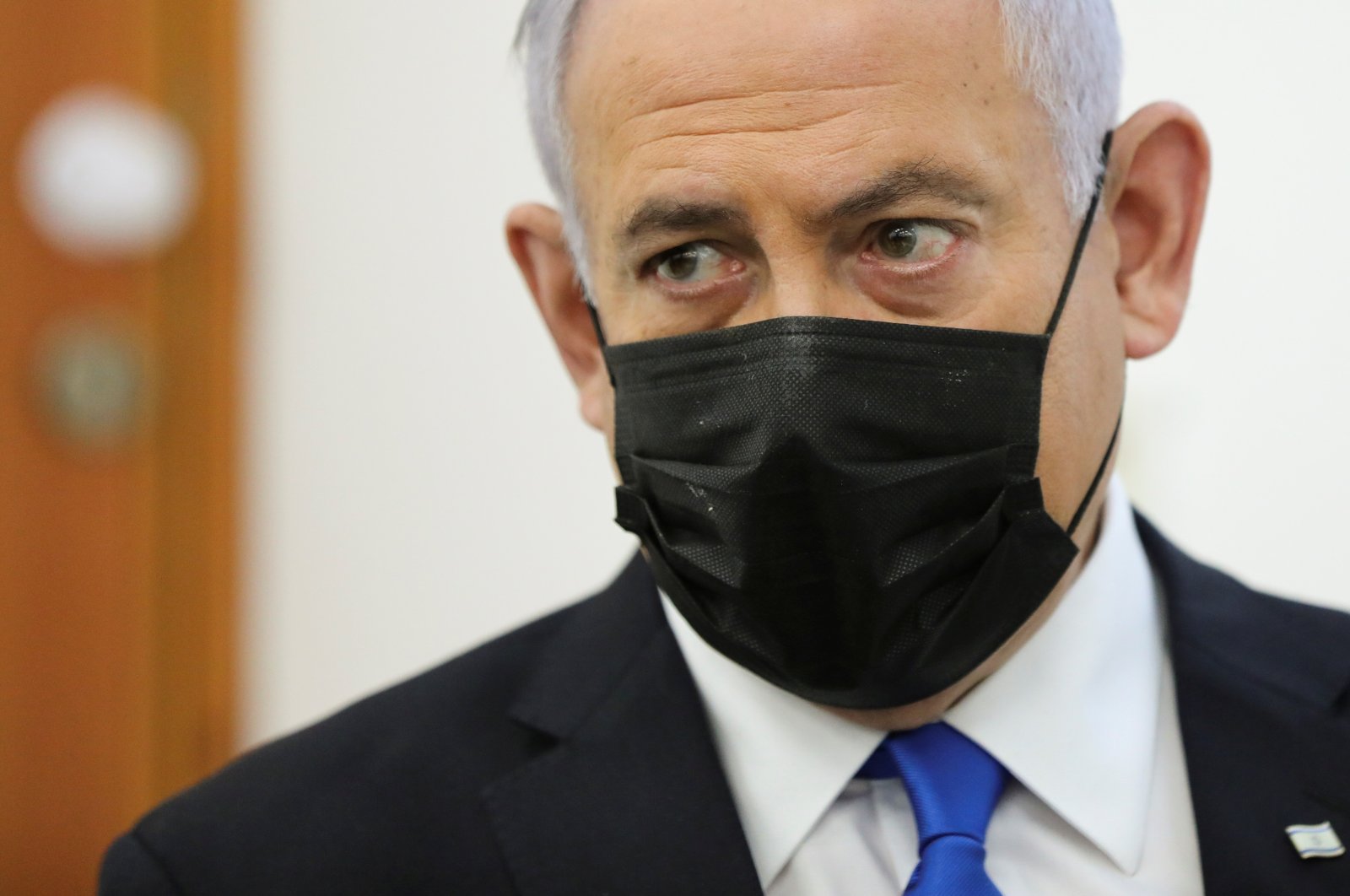 Israel's long-running Prime Minister Benjamin Netanyahu's tenure is about to come to an end as Yair Lapid's Yesh Atid party formed a coalition government with the help of the small Arab party Ra'am shortly before a midnight deadline, concluding the Likud era.

After weeks of talks among the various parties, Lapid will officially announce his success to President Reuven Rivlin later Wednesday, his spokesperson said.

"The chairperson of Ra’am, Mansour Abbas, signed a document which allows the chairperson of Yesh Atid, Yair Lapid, to inform the president he has succeeded in forming a government after agreements were reached," Lapid's spokesperson said.

With the participation of Abbas, the new coalition also marked the first time in Israel's history as an Arab party joined the government.

Lapid said in a tweet later in the day that he has "succeeded to assemble the government."

"I pledge that this government will work in the service of all Israeli citizens, those who voted for it and those who did not," he said.

"It will respect its opponents and do everything in its power to unite and connect all parts of Israeli society."

The agreement came shortly before a deadline passed for Lapid to form a government, as his 28-day mandate to forge a working majority was to end at 9 p.m. GMT.

Coming more than two months after Israel's elections, it followed high-pressure efforts to bring together eight parties, some of them far apart on the political spectrum.

The new government is expected to be sworn in June 14.

Lapid, until now opposition leader, needs the support of a simple majority of the 120 lawmakers in the Knesset.

His coalition will include the ultra-right Yamina (Rightwards) party, according to local media reports. It was seen as kingmaker following the vote.

Yamina head Naftali Bennett and Lapid agreed to rotate the role of prime minister, with Bennett taking on the post for the first two years, before he is replaced by Lapid, according to reports.

Lapid would begin in the role of foreign minister.

His party is in the political centre, and was the second strongest force in the March election after Netanyahu's right-wing conservative Likud.

Lapid entered politics after a career as a television host, and served as finance minister in a previous Netanyahu government.

Netanyahu has led the country since 2009, and had already served as prime minister from 1996 to 1999, making him Israel's longest-serving head of government.

The seven small parties united under Lapid's Yesh Atid (There is a Future) were joined above all by their rejection of Netanyahu, who is the subject of a corruption trial.

Otherwise they have divergent political goals.

Bennett's pro-settler Yamina differs widely from other coalition partners such as Meretz, the Labour Party and Ra'am, which support the establishment of an independent Palestinian state – differences which could complicate the work of Lapid's coalition.

In early May, 56 lawmakers voted that Lapid should form a government, after Netanyahu had previously failed to do so.

The government will bring to an end the era of Netanyahu as head of government.

Netanyahu has been the prime minister since 2009.

Netanyahu's camp, comprising Likud and allied right-wing parties, gained 52 seats in the Israeli Parliament in the March elections, falling short of winning the 61 seats required to form a government.

His failure in forming government comes amid serious corruption charges and many analysts predict the end of his political career if convicted.